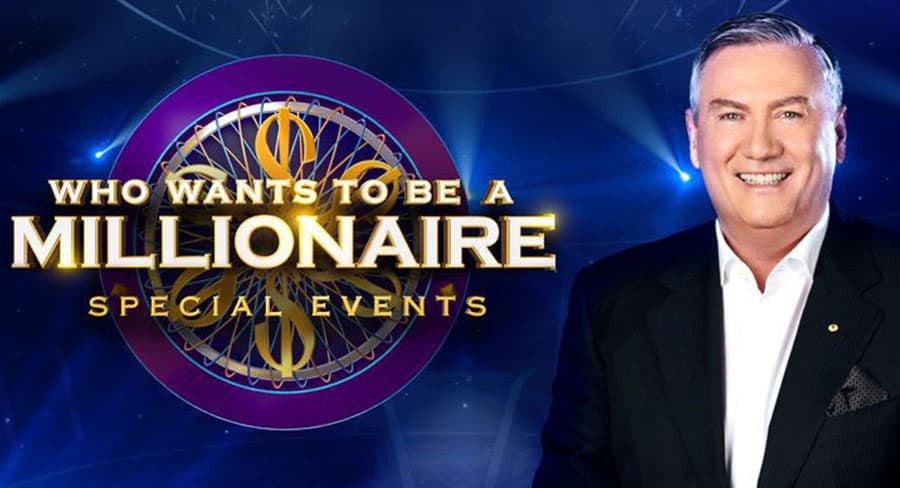 Facebook has urged the Australian government to examine the concentration of media ownership, rejecting the notion it is the social giant’s responsibility to solve challenges faced by the Australian media industry, reports The AFR’s Miranda Ward.

In a submission to a federal Senate inquiry into media diversity, Facebook claimed the commercial value of news content in Australia is “virtually zero”.

“This has been demonstrated by one notable and very public example: the change we made to our News Feed ranking algorithm in January 2018 to prioritise content from friends and family, in response to feedback from our users. This change had the effect of reducing audience exposure to public content from all Pages, including news,” Facebook said.

The social behemoth argued the relationship between digital platforms and news publishers has “been exhaustively examined in at least five major policy inquiry processes over the last four years”.

“We therefore respectfully suggest that re-examining well-trodden ground would distract the Senate Standing Committee on Environment and Communications from focussing on an as-yet unexamined issue: concentration within the Australian media sector,” it said.

Google vice president Vint Cerf, one of the architects of the internet, says Australia’s proposed laws to force tech giants to pay for news fundamentally threaten the existence of a free and open internet, reports The Sydney Morning Herald’s Lisa Visentin.

Cerf, who is widely regarded as one of “fathers of the internet”, labelled the Morrison government’s proposed news media bargaining code as “deeply flawed” in a written submission to a Senate economics committee set to scrutinise the bill.

“In its current state [the bill] represents a fundamental challenge to the free and open Internet, to the functioning of the country’s digital economy, and to Australia’s economic future,” Cerf, who also holds the position title of Google’s chief Internet evangelist, said in the submission.

Tim Berners-Lee, who invented the world wide web in 1989, said the draft legislation “risks breaching a fundamental principle of the web by requiring payment for linking between certain content online”.

In a submission to an Australian Senate inquiry on the News Media and Digital Platforms Mandatory Bargaining Code bill, Berners-Lee said the ability of web users to link to other sites was “fundamental to the web”.

Guardian Media Group has announced the appointment of Claire Blunt (pictured) as its new chief advertising officer and CEO of international, with commercial responsibility for the Guardian’s global advertising business, for Guardian US and Guardian Australia, and for Guardian Jobs.

She is currently chief financial, operations and data officer for Hearst’s European business, having joined Hearst UK as CFO in 2015, then taking on additional responsibilities for operations as CFOO in 2017 and data in 2020. 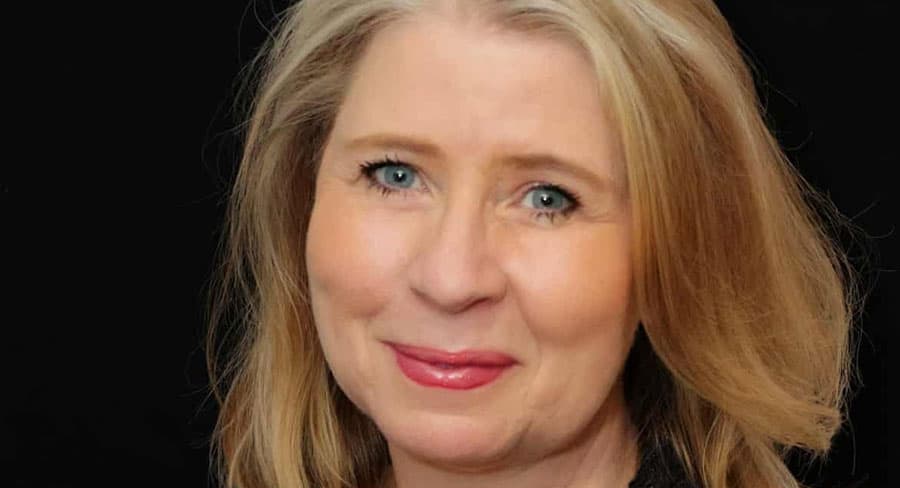 “Claire is a proven leader of diverse businesses, and brings with her a wealth of experience from global media and retail businesses of significant scale and complexity. Her breadth of functional expertise and operational excellence has led her to make commercial decisions that deliver profitable revenue growth and lasting strategic impact.

“Claire will play a vital role in leading our global advertising and jobs businesses to embed and execute their new strategies, and in supporting our US and Australian businesses to continue on their rapid growth trajectories.”

“I am thrilled to be joining the Guardian, undoubtedly one of the world’s most respected media brands. At a time when trust in news media has never been more important, Guardian journalism plays a crucial role in the world.

“It is a privilege to join a business with such great talent, values and a loyal audience and most especially to be able to lead the advertising and international businesses which will make vital contributions to the next phase of GMG’s growth.”

Why Kate Langbroek said no to opportunity to reunite with Hughesy

Kate Langbroek has revealed she had an opportunity to reunite with her long-time radio co-host Dave Hughes, reports News Corp’s Jackie Epstein.

But Langbroek, who has recently returned to Melbourne after two years living in Italy, didn’t want to relocate her family to Sydney.

She is joining KIIS FM’s 3pm Pick Up while Hughes has started on 2DAY FM breakfast alongside Ed Kavalee and Erin Molan.

“Oh yeah we had conversations about that but I couldn’t say to the kids, yeah we’re coming back to Australia, guess what we’re moving to Sydney,’’ Langbroek said.

ViacomCBS has today that its rebadged streaming service, Paramount+, will launch in the U.S. on Thursday, March 4, 2021.

ViacomCBS will also bring Paramount+ to international markets with initial debuts in Latin America on March 4, 2021; the Nordics on March 25, 2021; and Australia in mid-2021.

The CBS All Access service in Canada will be rebranded to Paramount+ on March 4, 2021, and an expanded offering will be available later in the year. 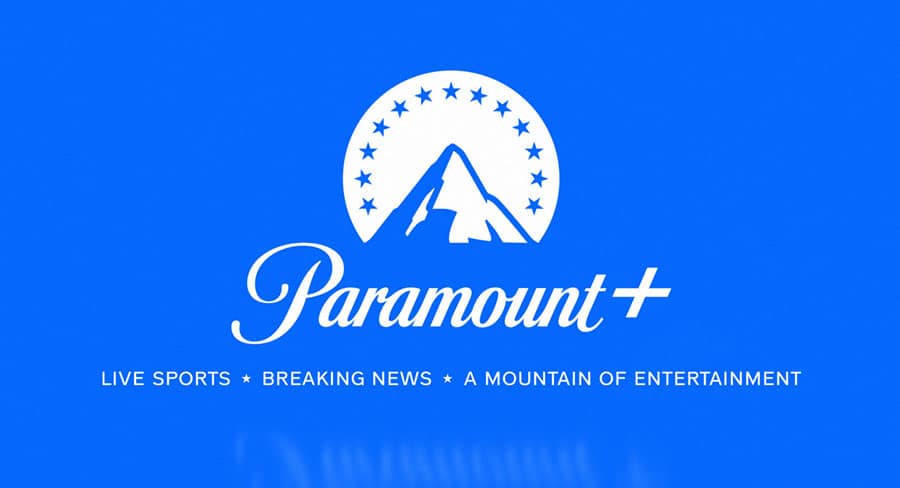 A presentation in late February will deliver a comprehensive overview of the company’s streaming strategy, including Paramount+ and Pluto TV.

“ViacomCBS has a unique opportunity to combine the best of our brands in a seamless ecosystem of must-watch, direct-to-consumer services for audiences around the world,” Bob Bakish, President and CEO, ViacomCBS, said late last year.

“As we plan for the launch of Paramount+, bringing together the leaders of our streaming platforms to create a unified global organization will enable us to execute a holistic strategy across both free and pay. We will draw on the breadth and depth of ViacomCBS’s franchises and branded IP to deliver an extraordinary collection of diverse content with the convenience consumers want.”

In Australia, Paramount+ will replace the existing 10 All Access platform.

Filming for the NBC series about the formative years of the world’s highest-paid actor was under way yesterday outside the Queensland Art Gallery, which has been a jewel in South Bank’s crown since 1982.

A large group of extras in retro clothes passed as students at the University of Miami, which Johnson attended in the late 1980s and early 1990s.

The series has been filming at Screen Queensland Studios and on location around southeast Queensland since October, and will air on NBC’s platforms across the US from February 15.

Eddie McGuire has revealed he once suspected a contestant was cheating on Who Wants To Be A Millionaire? – and had security search the man for a wire, reports news.com.au’s Andrew Bucklow.

McGuire detailed the 2005 incident during an interview with Kyle and Jackie O on KIIS FM.

“I thought … absolutely something was wrong,” the game show host said.

The contestant in question was Martin Flood who became the second person to win the million dollars on the Australian version of show.

“He just had this peculiar way of answering a question,” McGuire said. “He was going all over the place.”

McGuire and the producers were suspicious of Flood after his win, with McGuire saying on KIIS: “We actually checked him to see if he had a wire on because we thought maybe he had somebody outside and he had a phone attached to his calf. It was just so odd what was going on.”

Flood was cleared of any wrongdoing and received the prizemoney. He later returned to the program as a carry-over champion and was “completely different”, McGuire said.

Eddie McGuire on Millionaire’s return to primetime as format revived

Twenty-one years since he first hosted Who Wants to Be a Millionaire? Host Eddie McGuire is now ready to lock into three primetime specials which revive the classic game show format, reports TV Tonight.

“This show is one of the most successful worldwide hits. [Hosts] Paul Smith, Chris Tarrant, Regis Philbin, now Jeremy Clarkson. Slumdog Millionaire won the Academy Award. Quiz the (miniseries) has been great. So that whole zeitgeist has actually turned itself into a major worldwide franchise.”

McGuire is still drawn to a format which he believes can change lives for its luckiest winners.

“The result is now academic.” Tim Lane, the estimable host of Channel Seven’s cricket coverage, was declaring the third Test between Australia and India all but over, reports Tom Ryan for Nine Publishing.

As play began at the Sydney Cricket Ground on a worn fifth-day pitch, India, with eight second-innings wickets in hand, needed an improbable 405 runs to win. A session later, with the tourists’ bold batsmen now in hot pursuit of a win, Lane did something to which commentators are customarily averse: he confessed his error. “We couldn’t have been more wrong,” he conceded.

Meanwhile, over at Foxtel, for former Australian wicket-keeper-batsman Adam “Gilly” Gilchrist, the spectacle outshone the last-ball victory in the Big Bash League (BBL) game the night before between the Sydney Sixers and the Brisbane Heat. “You can’t compare that to the journey of a Test match (like this one),” he insisted, daring anyone to disagree. And no-one did. Former Australian leg spinner Shane “Warnie” Warne spoke for them all: “We’ve been on the edge of our seats for five days. It’s been fantastic.”

The commentary teams for both the Tests and the BBL games are important and each of the networks is graced by some impressive talent. Seven’s Lane is a terrific anchorman: learned, measured, always armed with the right question. Mark Howard on Foxtel isn’t far behind, well-informed, genial, a quip never far away.