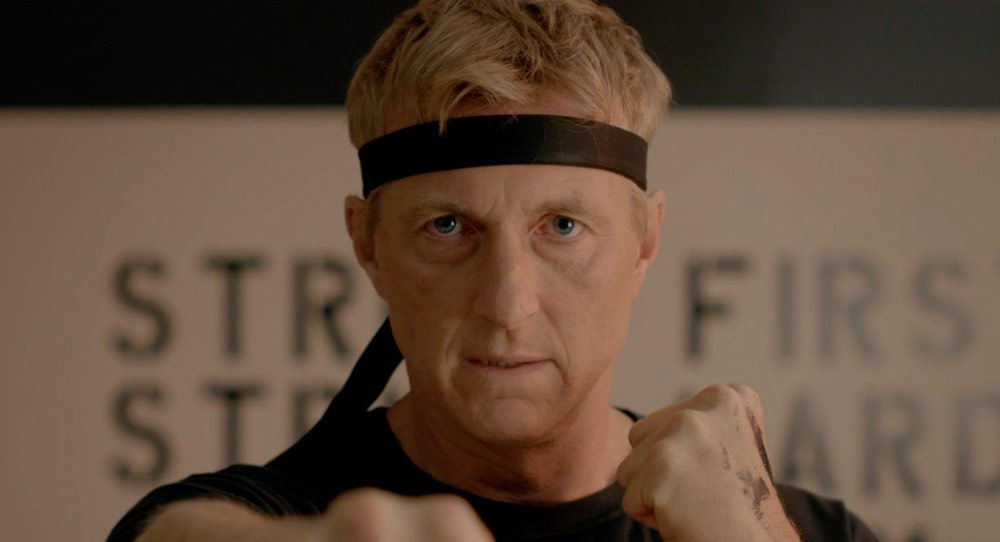 The Mandalorian spent ten weeks at number one.

After dominating the charts, The Mandalorian is no longer number one, losing its spot to Cobra Kai. Boosted by the release of its second season The Mandalorian spent 10 weeks at the top, but lost its position last week. The series has been a stand out since it was first released in November 2019. With a third season currently in pre-production though, The Mandalorian will almost certainly be back on top before too long.

Cobra Kai is a show that’s been steadily rising, helped along by the release of its third season on January 1. The sequel series to the much-loved The Karate Kid is currently enjoying its second week at number one.

The Flight Attendant flew onto the charts on the week of December 27th, 2020 – January 2nd, 2021. Based on the book by Chris Bohjalian, it follows a flight attendant who wakes up in a Bangkok hotel with a hangover and the dead body of a man who was on her last flight. The show is available on Foxtel and Binge, and is one of the major success stories we’ve seen from Binge since it launched in May last year.

Despite reviews (including one from Kevin Feige, president of Marvel Studios) calling the series weird, WandaVision is enjoying a surge up the charts, moving from 7th to 4th this week. It’s the first Marvel show on Disney+, but certainly not the last. The Falcon and the Winter Soldier will be released on March 19, Loki will be released in May, and Ms. Marvel is scheduled for release in late 2021.

Bridgerton joined the Australian charts this week after debuting on the New Zealand charts last week. Set in Regency-era London and following a group of royalty and aristocrats, the show has kicked off a lot of discussion about race in media by casting Regé-Jean Page, a black Zimbabwean and English actor, as the show’s main love interest. 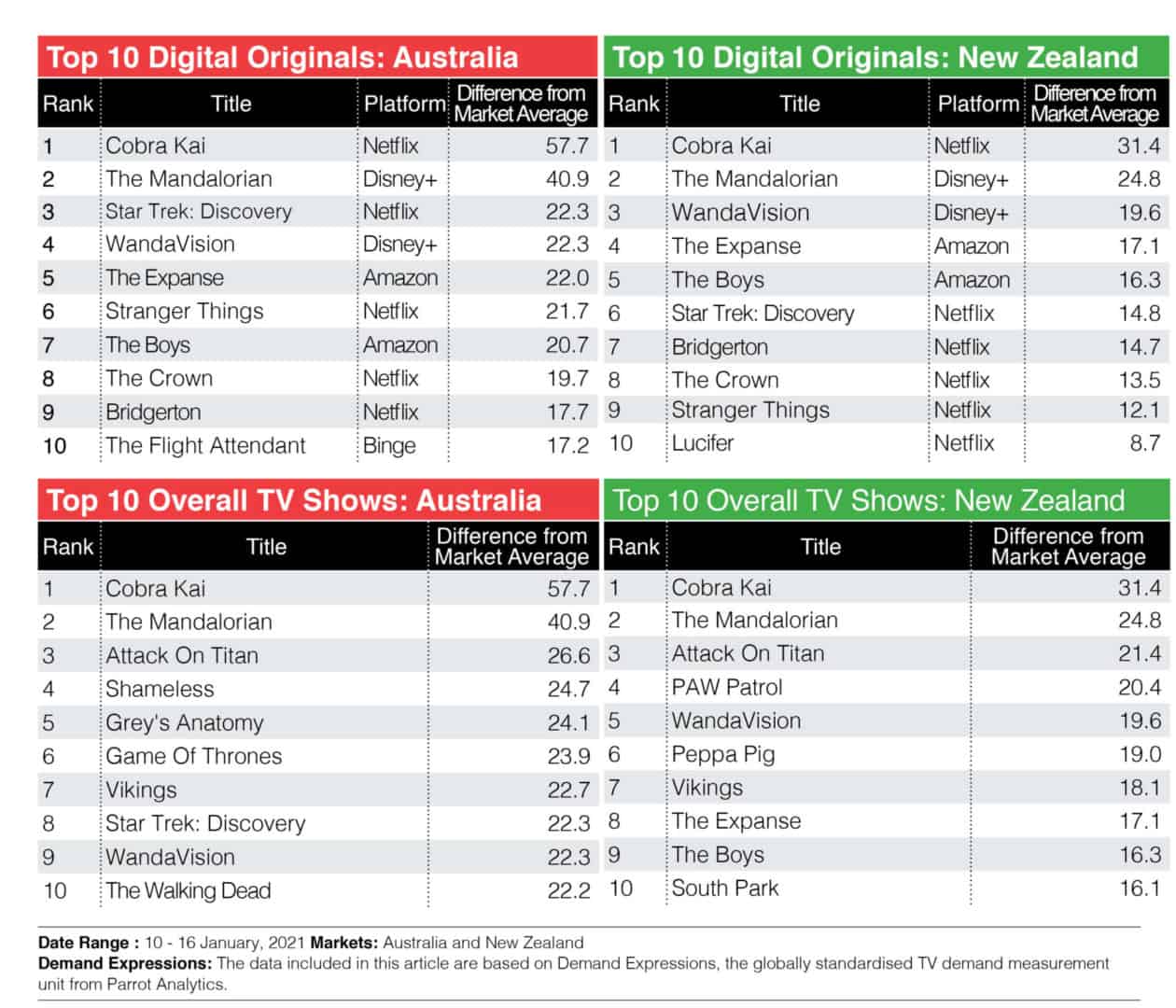