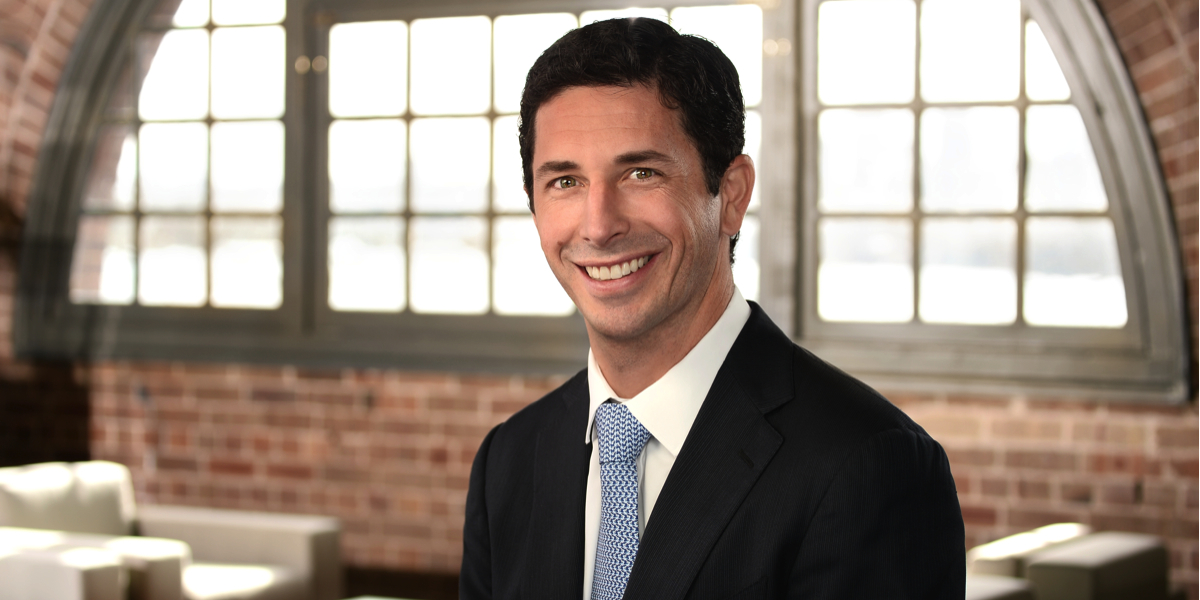 The country’s biggest television, radio, outdoor and news rivals have joined forces to convince executives to spend more of their budgets on marketing with traditional media, reports The Sydney Morning Herald’s Jennifer Duke. 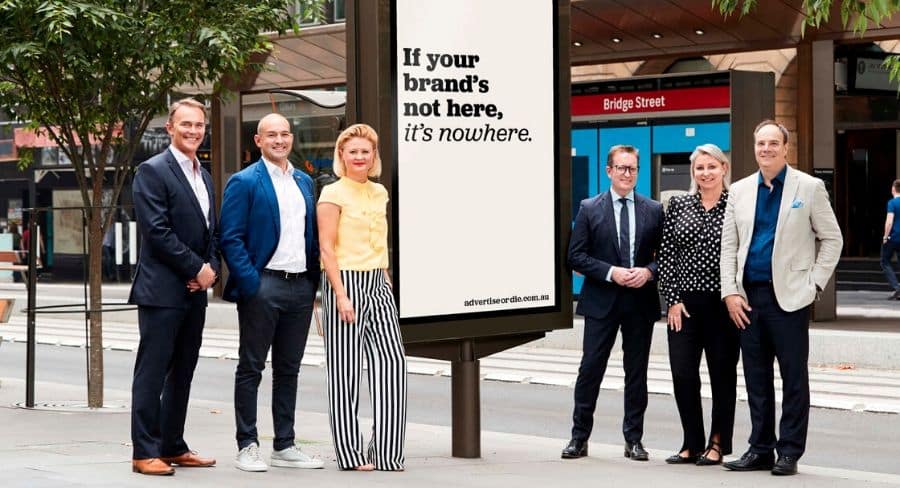 The campaign, which is the largest of its kind in the media industry, launched on Sunday evening and advertisements across digital, print, television, radio and outdoor will be rolled out in the coming weeks that implore executives to spend on traditional advertising in mass media.

“I’ve not seen a July and August like that ever and I’ve been in this business 35 years,” she said, adding that November had seen a surge in recovery but it had been “extremely tough”.

“We don’t think so,” he says. “We are confident in the plan and the outlook. The industry has confidence on the advertising revenue side. I don’t think they are challenges that can’t be addressed.

“The business has firm plans to grow performance and the share price. There are still good opportunities. Free-to-air television is heavily scrutinised but it is still the best place to build brands. There is more we can do in how we articulate the audience that we have got.”

Seven West Media and Prime Media are believed to be preparing to sweeten the $64 million merger offer to Prime shareholders on Monday ahead of a vote on the deal in less than a fortnight, reports The AFR’s Max Mason.

Speculation from investors is centred on a fully franked special dividend, bringing cash into the equation. A cash dividend coming from Prime may be offered as further incentive for the deal and a partial use of the regional television broadcaster’s balance of more than $65 million worth of franking credits would further add to the transaction’s value for shareholders.

Sources with an understanding of the conversations said Southern Cross had brokered the idea of a nil-premium merger with oOh!media, to put together a business which would include the likes of The Hit Network and Triple M with a robust out-of-home advertising portfolio, including large billboards and street furniture.

Last week, The Australian revealed the ABC was making mass redundancy plans for 2020, helped by the toe cutters at management consulting giant LEK. The number we mentioned was 120 redundancies, reports Nick Tabakoff.

That figure now appears conservative. The latest word is that the ABC is now working towards a minimum of 200 staff cuts, as it grapples with its $84 million budget shortfall.

The rubber will hit the road on Aunty’s cuts at its final 2019 board meeting in Sydney over the next two days, which LEK has helped ABC boss David Anderson to prepare for.

Margin Call movement – OUT: Will Glasgow IN: Jonathan Chancellor

Mediaweek last saw The Australian’s Margin Call columnist Will Glasgow on Melbourne Cup Day. It was just after the last race and he was sitting outside the News Corp Australia compound in The Birdcage, laptop balancing on his knee, filing copy for his next column.

In The Weekend Australian Glasgow filed his last Margin Call column before handing over his role to the busy property guru Jonathan Chancellor:

So now it’s off to Beijing to work as The Australian’s correspondent in the People’s Republic of China.

The formidable Ben Butler – now terrorising corporate Australia at the Guardian Australia – handed over his spot on the column back on May 2, 2016, the day before Scott Morrison delivered his first budget as treasurer in the Turnbull government.

Margin Call will now move into a new era as the illustrious Jonathan Chancellor replaces me as Chris Lacy’s co-pilot.

Readers will be happy to learn the column’s secret weapon, cartoonist Rod Clement, is not going anywhere.

I’ll keep my thank yous to sources and contributors private for obvious reasons, but there’s no need to be shy about praising the column’s behind-the-scenes heroes: John Lehmann, Eric Johnston, Peter Nicholson, Amber Plum, Michelle Gunn, Helen Trinca, Philippa Ellis, Jennifer McNamee, Alex Pereyra, Georgina Windsor, Michael Dorfling, Peter O’Donnell, Paul Pennay, Chris Jenkins, Stuart Parker, Elise Shaw, and of course Paul Whittaker (for trusting me to join the column) and Chris Dore (for trusting me to leave it). Most importantly, thanks to all of you wonderful readers. It’s been an absolute pleasure.

2CH axes breakfast with Trevor and Indira to be replaced

Along with most commercial radio on air teams, 2CH breakfast with Trevor Sinclair and Indira Naidoo went on a summer break last week. The show, which also features Sydney radio veterans Dave Gibson and Kayley Harris, has disappeared quickly from the 2CH website with a blank space beside Breakfast on the list of 2CH programs.

The two-year-old 2CH breakfast show with Naidoo and Sinclair pre-dates Romaro’s arrival the station and this year she has been working with the team on its restructure. Earlier this year Romaro explained some of the challenges the station faced at breakfast: “It has been a slow build and a lot of the older 2CH listeners found it really hard to accept the change.”

Some ratings growth earlier this year ended in the last two surveys with unsustainable breakfast shares of 2.4% and 2.1%, both well below the station average.

The station only revealed a rebrand to Classic Hits 2CH in October.

Sinclair is believed to be staying with the station in another on-air role.

There has been some speculation that departing 2GB weekend breakfast host George Moore could be heading for 2CH breakfast in 2020.

Radio’s end of year shockwaves continue with a much loved member of the 3AW team the latest to depart his post, reports News Corp’s Fiona Byrne.

In a surprise and unexpected move, Denis Walter is leaving 3AW’s afternoon show after 11 years, but he is not the only station host to be suddenly changing their posts.

Sydney-based John Stanley, who hosts the networked weeknight program Nights from 8pm on 3AW, will not be heard in that shift in Melbourne in 2020.

In a win for local programming 3AW’s Nights show will become a home-grown product and in a happy twist the program’s new host will be Walter.

Walter has signed a long term deal with AW to host Nights and said he was delighted with the new opportunity and the station’s commitment to local programming.

The new host of Afternoons is yet to be announced, although the strong tip is the highly prized shift will have a female host in 2020.

Paul Barry will return next year for his seventh straight year as host of Media Watch after tonight‘s final episode of 2019, reports The Australian’s Nick Tabakoff.

Barry, 67, jokes that the Media Watch role has been career-limiting: “After six years on Media Watch, I doubt anyone else would give me a job. (But) I enjoy it, and I think it’s an important job.”

Barry is in his second stint as host, after previously anchoring Media Watch for a year in 2000.

Today will unveil its new line-up five weeks before the official 2020 ratings year kicks off in a bid to lure and secure viewers while their holidaying rivals are off air, reports News Corp’s Briana Domjen.

Karl Stefanovic and Allison Langdon will be on air from January 6, a week earlier than the ill-fated Today panel of Georgie Gardner and Deborah Knight debuted this year.

The hosts will be joined by Deborah Knight, who will read the news. It is yet to be confirmed if Brooke Boney will remain as entertainment reporter.

The sports position is also yet to be filled, with a number of journalists including Alex Cullen being trialled over the summer break.

After 40 years on Australian TV, Kay McGrath has decided her time as a newsreader is up, reports News Corp’s Laura Chalmers.

The icon of Queensland television will read her final weekend news bulletin next month, after deciding that the time is right to step away from the desk to pursue other passions.

“It’s something I have thought about for a long time, it’s not a decision I’ve made lightly – it’s the end of a decade and it’s more than 40 years,’’ McGrath, 63, told The Sunday Mail.

“There is a lot of change going on in the industry, there has been change in my life, I have had other opportunities come in since stepping off the Monday-to-Friday newsdesk and it just seems like the right time to transition into another challenge.

McGrath’s replacement will be Katrina Blowers, 43, a senior reporter and presenter who has been with the network for eight years.

Former Rugby Australia boss John O’Neill has been approached to take over as chairman of the struggling code but is understood to be asking to pick his own CEO and board to get the game back on track and negotiate a new broadcast deal, report The Australian’s Leo Shanahan and John Stensholt.

The Australian reports Optus is on the verge of securing rights for three more European football competitions, believed to be the German, Spanish and Italian leagues, currently showing on BeIn sports.

Ray Hadley back calling NRL on Nine next season

The move follows the network’s failed attempt to sign Fox Sports’ Dan Ginnane for its rugby league coverage, as we reported last week.

Hadley is contracted to call NRL on Nine until the end of 2020 yet he didn’t do a game last season, allegedly because of “other” commitments.

He is getting married in June next year to his long-time personal assistant, Sophie Baird.

Hadley has repeatedly said he has no interest in being the lead caller should Ray Warren retire.

It has left Nine with only Matt Thompson as a potential head caller if 76-year-old Warren quits.

Lights on: Seven open to three day-night Tests next summer

Cricket’s free-to-air broadcaster says it is open to having three day-night Tests per summer, as viewers get ready for another first in this week’s series opener between Australia and New Zealand, reports The Age’s Jon Pierik.

Lewis Martin, the new head of sport for Channel Seven, said three pink-ball Tests a summer – most likely in Brisbane, Perth and Adelaide – would help the sport sell itself in prime time in an increasingly crowded broadcasting and streaming market.

“We would be open to that. Cricket Australia are working through things. Another day-night Test – it’s important to make great sport available to when people are available to watch it,” he said.

“Cricket Australia have to work with all the international bodies, of course, and we respect that but they are certainly recognising the appetite audiences have for live sport into prime time.”

Cricket Australia is keen for two day-night Tests against India next summer, while chief executive Kevin Roberts said last week that in his “heart” he would like all four Tests to be under lights.

“I think there’s room for a mix,” said Fox Sports head of television Steve Crawley when Mediaweek asked about how much night cricket he wanted. “It is certainly good watching and being at the cricket in the evening when it cools down a little. You wouldn’t want to change the Boxing Day test for example. It is important it is on in the morning.