Screenrights has announced that a record $46.5 million was distributed to members in the 2019/20 financial year.

“It’s been a challenging year for both screen content creators and educators,” said board chair Kim Dalton. “Easily accessible online video content and secondary royalty streams have perhaps never been more important. I thank the board and staff for all their hard work to make sure that members and licensees have not been disadvantaged by the pandemic when it comes to Screenrights’ services.” 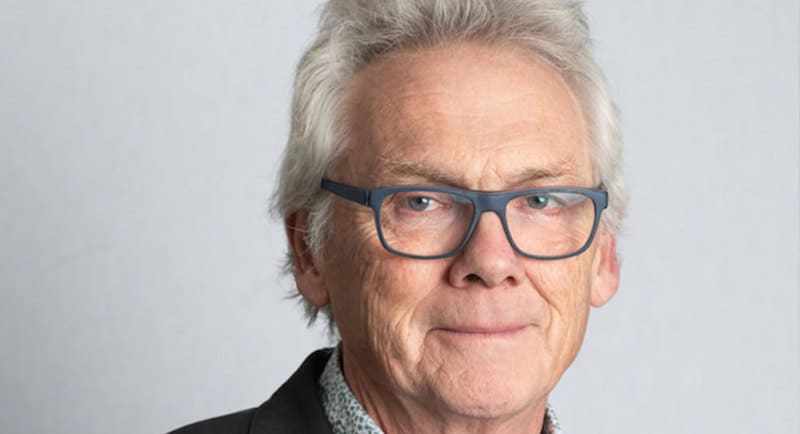 During the financial year Screenrights’ membership grew 6.1% to total 4,709 members from 69 countries around the world, and collections from Screenrights’ disbursements service came to $5.4 million, up 84% year on year.

Elected to the Screenrights board is writer/director Jub Clerc as Authorial Director, an Aboriginal woman from the Nyul Nyul/Yawuru nations of the Kimberley whose directing credits include The Heights as well as numerous short films and mini docs; Rachel Antony as NZ director, CEO of Greenstone TV and member of the facilitation group for Aotearoa’s 2030 Screen Sector Strategy; and Sandra Davey, whose career spans product management of more than 30 digital B2C and B2B products across telecommunications and Internet, cross-platform media, sport, and non-profit endeavours.

Returned to the Screenrights board are: Anne Chesher, who has over 20 years’ experience producing online education creative media for the television industry and who has been director since 2014; and Chris Gardoll, whose previous roles included CFO and company secretary with publicly listed company API, CFO with APRA|AMCOS, and COO with Screenrights, who has been filling a casual vacancy since July this year.

Viral short form video platform TikTok is pushing ahead with plans to hire 100 new staff in Australia by the end of the year despite heightened geopolitical tensions and government concerns about its links to the Chinese Communist Party, report The Sydney Morning Herald’s Zoe Samios and Nick Bonyhady.

Online searches shows the company has publicly advertised for at least 20 vacant roles but multiple industry sources said TikTok was on a hiring spree for another 100 roles in Australia by December. Most of the roles being recruited for are in media strategy and marketing. Some of the roles include looking for trends and creators and helping them grow.

A TikTok spokesperson said the company was spending more on local users and brands.

“As we work to build a positive and safe environment for users, our focus is on continuing to grow our local operations and invest in our growing community,” the spokesperson said. “This includes hiring the right local talent to support the Australian TikTok community across the content, operations and commercial side of the business.”

A total of 18 billboard faces have been dismantled along Qantas Drive between the international and domestic airports.

This leaves oOh!media without a presence along the usually busy stretch of road before arriving at the Qantas Drive-O’Riordan Street-Joyce Drive intersection, where the company’s premier billboard, “The King”, is located.

“The billboards in question are no longer available to advertisers as a result of a NSW government land acquisition for the Sydney Gateway project,” an oOh!media representative said.

“The company still retains a strong local presence, with 69 advertising faces in the airport precinct.”

Indigenous leader Warren Mundine has been appointed to the SBS Board for a term of five years, effective immediately, reports The Australian’s James Madden.

The former Indigenous Advisory Council chairman, who has extensive media experience as a commentator and presenter, will be a part-time non-executive director on the nine-person board.

Minister for Communications, Cyber Safety and the Arts, Paul Fletcher, said Mundine’s diverse work history made him eminently qualified for the role.

Mundine is a distinguished Australian. He will be a valuable addition to the SBS Board, bringing over 40 years of experience in roles across government, business and the community sector,” Fletcher said.

The 64-year-old replaces Bulent Hass Dellal, who retired in June. Soon after his departure, existing non-executive director George Savvides was announced as chair of the SBS Board.

Australia’s oldest newswire company lost $10 million in the year before it was sold in an eleventh hour rescue deal, according to documents filed with the corporate regulator., reports The Sydney Morning Herald’s Zoe Samios.

The annual financial report from Mediality (previously known as Australian Associated Press) reveal the parlous financial position it was in before major shareholders Nine Entertainment Co and News Corp Australia moved to close it down.

AAP’s core newswire service lost $5.4 million alone, with further losses from press release distribution service Medianet and editing unit Pagemasters, bringing the total loss to $10 million for the financial year. The loss was compared to a profit of $929,000 the year prior, which occurred after a major restructure. In 2018, the company posted a $10.5 million loss.

Former prime minister Kevin Rudd says controversial Labor YouTuber FriendlyJordies should be treated as a serious journalist and has defended working with the satirist, as NSW Labor leader Jodi McKay appeared to distance herself from him after a week of stunts and off-colour remarks, reports The Sydney Morning Herald’s Michael Koziol.

The performer, whose real name is Jordan Shanks, is becoming an active force in state politics on account of his 500,000 YouTube subscribers, 50,000 Twitter followers and engagement from high-profile Labor figures. His podcast has also notched up two million downloads.

But Shanks’ rise also poses questions for the political and journalistic establishment grappling with his unorthodox antics and explicit partisanship.

Last week one of Shanks’ associates was escorted from a Gladys Berejiklian press conference after heckling the Premier and calling her “Ms Maguire”, in reference to her former lover Daryl Maguire, while Shanks directed a homophobic tweet at two male NSW ministers.

Twitter Inc. on Friday unlocked the New York Post’s Twitter account, ending a stalemate between the social-media company and the newspaper stemming from the latter’s publication of stories it said were based on documents allegedly obtained from the laptop of Hunter Biden, reports The Wall Street Journal.

“We believe this is fair and appropriate,” the company said in its tweet announcing the rule change.

The Post had been unable to tweet to its 1.9 million Twitter followers since Oct. 14, the date it began publishing a series of stories based on the alleged Hunter Biden material.

Scope of Kennedy awards ‘too broad’, calls to return to NSW focus

The Kennedys, which are being held this Friday at Sydney’s Royal Randwick racecourse, were established in 2012 as NSW-based awards in honour of the late crime journalist Les Kennedy.

After the 2015 ceremony, the board decided to drop “NSW” from the title to reflect the entries they were receiving, and “in keeping with the foundation’s mission to be as inclusive as possible in promoting excellence”, according to Kennedy Foundation chairman Rocco Fazzari.

“We deliberately set out to encourage the best of the best, regardless of their postcode, to enter,” Fazzari said.

Daily Telegraph editor Ben English said Sydney was “big, brash and ugly enough to have its own media awards”.

“It is true in media as much as it is in politics, if you’re not in Sydney then you’re camping out,” English said.

“The majority of news in Australia comes out of Sydney and NSW so why wouldn’t you have a state-based media award. The Kennedy Awards are, after all, named for legendary crime reporter Les Kennedy. He was a quintessential Sydney character who spent his working life documenting crime and the city’s underworld quirks.”

Alan Kohler no longer writing columns for The Australian

Kohler, who has written two columns a week for The Australian, told Tabakoff on Sunday: “I love The Australian, I’ve worked there three times, but it’s time for a change.”

The change will take effect from the end of November, after which he will take a “break”. Kohler will, however, carry on his weekly Money Cafe podcast, co-hosted with The Australian’s Wealth editor James Kirby.

The 31-year-old spent $3000 to make her hilarious indie film, Hot Mess, which has attracted the attention of the international streaming platform, now streaming it to audiences worldwide.

But her success doesn’t end there, with Coleman’s next dark comedy film, Exposure, the product of being mentored by Snowtown and True Story of The Kelly Gang screenwriter, Shaun Grant, through funds provided by Impact Imagine, Ron Howard’s talent ‘lab.’

“That project’s out to market right at the moment,” Coleman told News Corp Australia, “and we’ve had some very cool expressions of interest.”

Foxtel, Supercars and Seven in streaming standoff regarding paywall

Motorsports organisation Supercars has told Foxtel that it may not be able to air popular races for free on streaming service Kayo Sports because of an agreement in place with its other broadcast partner Seven West Media, reports The Sydney Morning Herald’s Zoe Samios.

Foxtel announced two weeks ago it would put some Supercars events in front of its paywall, in a move designed to attract more customers and win more advertising. But a dispute between Supercars, Foxtel and Seven is about to flare up over which events can be aired for free on Kayo.

Industry sources who spoke on the condition of anonymity because the talks are confidential indicated Foxtel is unable to stream events such as the Bathurst 1000, which will air on Seven, for free on Kayo due to exclusivity provisions given to the free to air broadcaster in its new deal.

Racing’s Grand Final for four-year-olds again delivered on the big stage for Seven on Saturday afternoon, with The Golden Eagle’s peak audience on Seven hitting 303,000 nationally.

The $7.5 million Golden Eagle was run for just the second time on Saturday, with Australia’s third richest race on Seven outperforming the Victoria Derby on 10 in some metrics.

The Seven race had a metro average audience of 137,000, narrowly trailing 10’s coverage of the Victoria Derby on 141,000. However, Seven had a bigger national audience watching its race. The Golden Eagle race drew an average audience of 227,000 – 31% more than the Derby race – and topped the Derby in every market except Melbourne.

It’s a tough gig at the top for Rugby Australia chair Hamish McLennan, report The Sydney Morning Herald’s Samantha Hutchinson and Stephen Brook. The indefatigable executive is overseeing the sport just when it needs to secure a strong broadcast deal. Only problem is that getting the job done also involves managing a slew of perceptions of conflict of interest.

So it comes as no surprise to learn McLennan has been telling anyone who asks that he’s flick passed negotiations to interim RA chief executive Rob Clarke.

In addition to REA, McLennan also chairs Here, There & Everywhere (formerly APN News Media) which has News Corp as a major shareholder.

Super Rugby matches and Wallabies Tests could be live on Nine Network and Stan for the first time next year under a multi-year deal that would end Foxtel’s two-decade long relationship with the code, reports The Sydney Morning Herald’s Zoe Samios and Sam Phillips.

Industry sources who spoke on the condition of anonymity because the process is confidential said Rugby Australia is finalising details to approve an offer by Nine Entertainment Co (owner of this masthead) to broadcast the sport from next year. Both Nine and rival bidder Foxtel have submitted term sheets which were still being reviewed by RA late on Sunday.

Multiple industry sources have said Foxtel considers the deal with Nine is done, although no contracts have been signed. Any successful bid will need to be taken to SANZAAR for formal approval and there is still a chance RA could decide to go with Foxtel. Nine and Foxtel declined to comment.