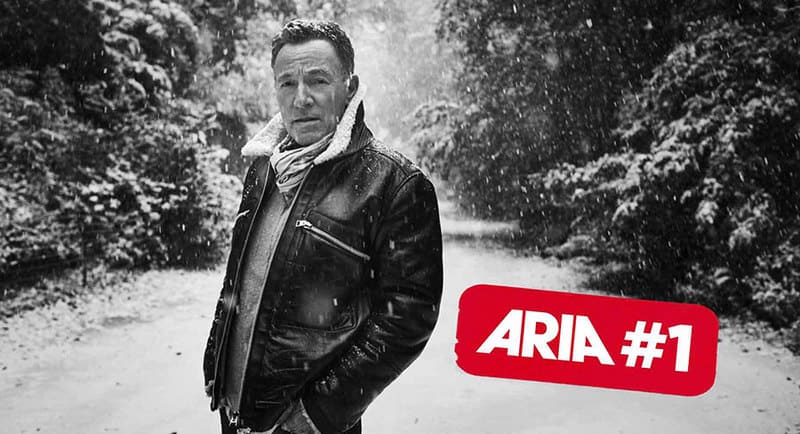 Ariana Grande is the owner of the ninth single to top the ARIA Singles Chart this year. If we discount her new song Positions, and Taylor Swift’s one week at the top, that means seven artists have shared 42 weeks in top spot giving those artists an average of six weeks at #1.

Grande’s Positions comes just before the release of her new album and the single is her fourth #1 after she topped the chart twice in 2018 (No Tears Left To Cry and Thank U, Next) and once in 2019 (7 Rings). Grande was at #3 in May this year with Justin Bieber on Stuck with U. Positions was the only new arrival in the top 10.

Three other new releases found their way into the top 50 on debut:

#14 Luke Combs with Forever After All. Now the most successful single for the American country music artist, Forever After All improves on Beer Never Broke My Heart which peaked at #44 in June 2019.

#20 The Kid Laroi with So Done. The Sydney rapper’s best chart performance too, improving on Go which peaked at #23 in June this year. This is The Kid Laroi’s first new release since the mixtape F*ck Love which reached #3 on the album chart in August this year. He is nominated this year for three ARIA Awards including Best Male Artist and Best Hip Hop Release.

#45: James Arthur with Train Wreck. A winner of the UK series of The X Factor, Arthur hasn’t troubled the scorer here for some time. He landed a #2 single with his debut Impossible in 2012 and then landed a #1 with Say You Won’t Let Go in 2016. Since then he hasn’t cracked the top 50, until now, with another track from his 2016 album.

There’s just no stopping Bruce Springsteen. The 71-year-old rocker has released his 20th studio album Letter To You (and an accompanying documentary on Apple TV+) and is working the publicity trail as hard as ever. This becomes his fifth ARIA #1 on the Album Chart. His first album recorded with The E Street Band in six years comes after Springsteen last topped the chart in 2019 with Letter to You. His first #1 album in Australia was Born to Run in 1984, 36 years ago.

Three other albums debuted in the top 10 this week:

#2: Ball Park Music with Ball Park Music. The Brisbane band continue their impressive chart run with their sixth album becoming their fifth to crack the ARIA top 10. The new album comes after Good Mood peaked at #5 in 2018, later being nominated for three ARIA Awards. Vinyl reissues of earlier albums Happiness and Surrounding Suburbs and Puddinghead that were bundled with digital versions of their new Ball Park Music also charted this week at #26 and #34. The vinyl demand from fans sees Ball Park Music hold six spots in this week’s ARIA Vinyl Albums Chart Top 10. Just a week ago Ball Park Music covered the Radiohead classic Paranoid Android for triple j’s Like A Version.

#8: Nothing But Thieves with Moral Panic. The third album from the British band returns them to the chart (and the top 10 for the first time) after Broken Machine peaked at #12 in 2017. The new album debuted at #3 in the UK, behind only Springsteen and Gorillaz.

Three other albums also debuted in the top 50 (in addition to the two from Ball Park Music mentioned above):

#20: Pearl Jam with MTV Unplugged. The first major release of this 1992 performance comes as the band released the full video of the show on their YouTube channel. Earlier this year Pearl Jam peaked at #3 with their 11th album Gigaton.

#21: Hilltop Hoods with Drinking from the Sun (Instrumental Edition).
#45: Joyner Lucas with Evolution.