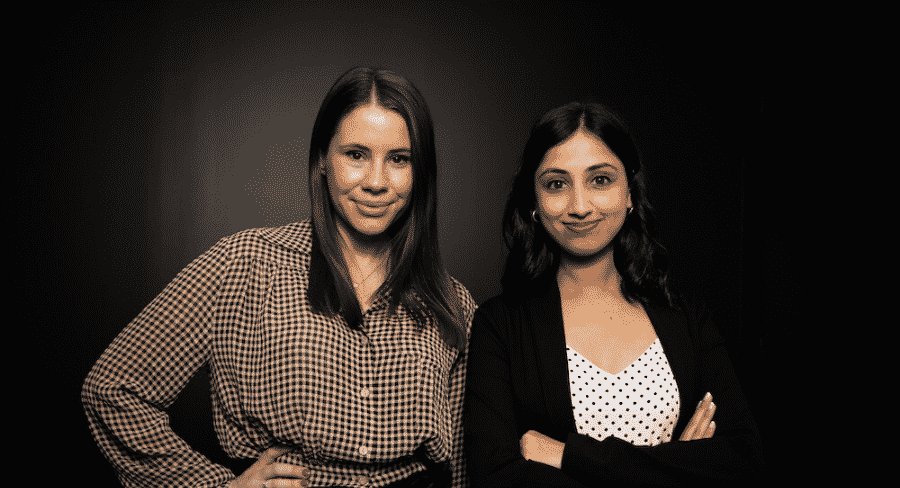 O’Meara started his media career over 10 years ago gaining experience across OOH, print, and digital before joining the Val Morgan cinema advertising team in 2016 as group sales manager.

During his time at Val Morgan he has excelled at leading and inspiring his team whilst driving revenue growth across almost all major consortium and independent agencies. 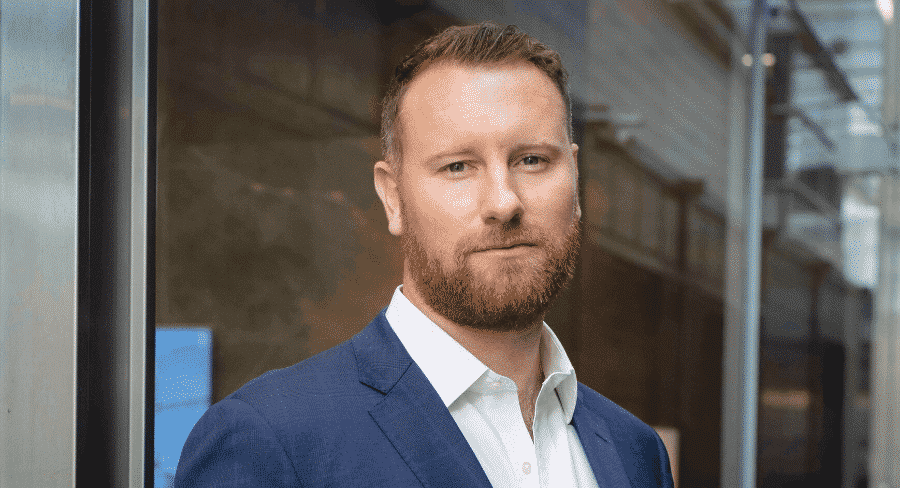 In his new role, O’Meara will be leading the VMO NSW sales team and will report directly to national sales director, Geoff Cochrane.

Paul Butler, managing director, VMO commented, “We’re very excited to welcome Liam to lead our outdoor sales team. Liam has an excellent reputation and is well respected in the industry. Liam’s stellar track record and experience saw him become an integral part of the NSW Val Morgan Cinema sales team and we’re delighted to welcome him into the VMO division.”

O’Meara added, “It is an honour to have worked on Val Morgan Cinema for the past three years and testament to the business’ commitment to developing internal talent, I’m thrilled to join the VMO team as Sydney sales director. It’s a very exciting time for Outdoor as a medium, particularly for VMO and the significant growth it is continuing to experience.”

HuffPost has announced the appointment of Carly Williams as senior editor and Alicia Vrajlal as editor of HuffPost Australia.

As senior editor, Williams will be responsible for leading the editorial operations of HuffPost Australia and overseeing the local team. Whilst reporting to HuffPost’s global managing editor, James Martin, in London, Williams and Vrajlal will be embedded in Verizon Media’s Sydney newsroom.

With more than 10 years experience as a journalist, Williams has worked at some of Australia’s biggest news organisations including Pacific Magazines, Australian Associated Press, Southern Cross Austereo and Yahoo Lifestyle. 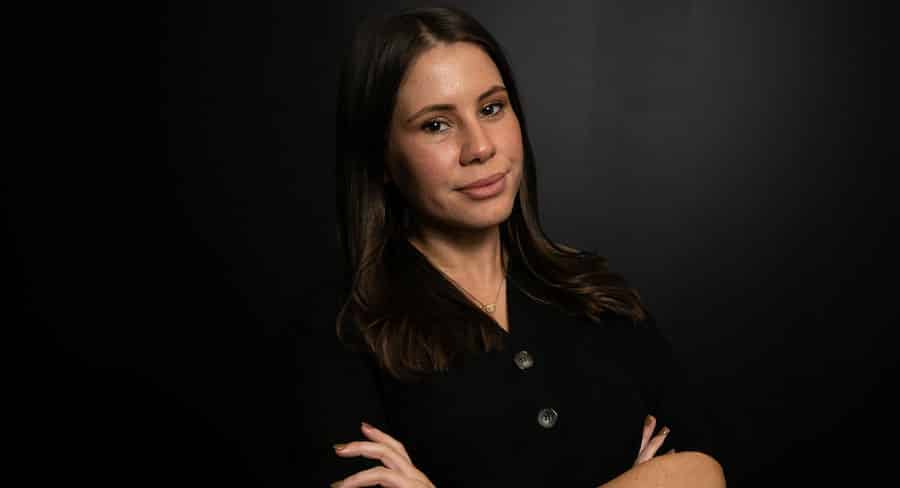 Vrajlal also joins HuffPost Australia from within the Verizon Media family, moving over from her role as entertainment editor at Yahoo Lifestyle. Prior to Yahoo, she worked at the Daily Mail Australia as senior showbusiness reporter and contributing writer for MailOnline India. Vrajlal is the founder of diversity blog, Draw Your Box, encouraging people to be their own person in all facets of life.

In addition to Williams and Vrajlal, Josie Harvey has recently joined the team from Storyful, and will be focusing on US trending news, bringing the total number of HuffPost staff in Australia to four.

HuffPost is a Verizon Media owned and operated entity. Combined with HuffPost’s 14 editions around the world, HuffPost Australia is supported locally by Verizon Media’s production, audience, data and commercial teams, along with RYOT and newly built in-house studio.

The competition watchdog’s proposed code of conduct for business relationships between digital platforms and Australian media companies is a “sensible” idea says Richard Gingras, Google’s vice-president of news, however the search and advertising giant does not believe revenue sharing should be included, reports The AFR’s Max Mason.

He spoke as the technology and media sectors in Australia are awaiting the government’s response to the Australian Competition and Consumer Commission’s Digital Platforms Inquiry, which is due later this year.

“I think the commission’s report and analysis was in many regards helpful in understanding the differences and understanding areas that maybe deserved attention versus those that did not,” Gingras said.

Gingras said Google believes it acts appropriately in the market, but it respects the work the ACCC has done and will engage with government and media should a code of conduct be implemented.

The most senior executive in charge of news at Google says tech giants alone cannot alone be blamed for the spread of misinformation online with policymakers and traditional media companies also responsible for the “societal problem”, reports The Sydney Morning Herald’s Laura Chang.

“There has been misinformation and disinformation since the earliest means of communications. What is different with the internet is the opportunity for scale,” said Richard Gingras, vice president of news at the $US877 billion ($1.2 trillion) search behemoth, in an interview.

The inquiry made 23 recommendations, including that tech giants such as Google and Facebook design a code of conduct for commercial negotiations with Australian media companies in a move the regulator hopes will also address the imbalance of bargaining power between them.

The government is expected to hand down its response to the inquiry by the end of the year.

But Gingras said the next stage would be to look at what can be done to “best protect open markets and open environments for information”.

“Most people are curious about Netflix since its become a huge global behemoth. But people don’t realise it started out as a small company in a tiny office with dirty carpets,” Randolph told Confidential.

“The broader lesson is, every place has a start. Those steps are important.”

He added: “I never in a million years thought (Netflix) would be this size and scope. Part of being a start up is worrying about the immediate thing ahead of you. You struggle and scrape and climb to the top of this hill, collapse, look up, and there’s an even bigger hill ahead of you. Then another one.”

The tech entrepreneur and advisor is in Melbourne to promote his new book That Will Never Work: The Birth of Netflix and the Amazing Life of an Idea.

The Daily and Sunday Telegraph are to be put up for sale, as the billionaire Barclay brothers consider whether to dispose of their media outlets, reports The Guardian.

The pair have owned the newspaper group since 2004, but are now conducting a review of their many businesses, which also include the Ritz hotel in London.

A source familiar with the brothers’ thinking confirmed that the sale of the Telegraph was being discussed but that no deal was imminent.

Profits at the Brexit-backing Telegraph Media Group slumped to £900,000 last year, in the middle of a turnaround plan led by the chief executive Nick Hugh, who hoped to turn the company into a business based on digital subscriptions.

Music streaming giant Spotify on Monday reported a surprise swing to a third-quarter operating profit and said it grew its user base to 113 million premium, or paid, subscribers and 248 million total active monthly users as of the end of September, reports The Hollywood Reporter.

The company’s third-quarter user figures exceeded Wall Street estimates and its own forecast for premium users. “Net subscriber growth exceeded our expectations and was led by strong performance in both Family Plan and Student Plan,” leaving premium subs up 31 percent over the year-go period, the firm said. “Total monthly active users grew 30 percent…outperforming the high end of our guidance. Developing regions continue to be a significant driver of this outperformance.”

Spotify also addressed the competitive landscape. “We continue to feel very good about our competitive position in the market,” it said. “Relative to Apple, the publicly available data shows that we are adding roughly twice as many subscribers per month as they are.”

The latest people unhappy about fake news on Facebook – its employees

In an open letter, the social network’s employees said letting politicians post false claims in ads was “a threat” to the company, reports The New York Times.

The letter was aimed at Mark Zuckerberg, Facebook’s chief executive, and his top lieutenants. It decried the social network’s recent decision to let politicians post any claims they wanted – even false ones – in ads on the site. It asked Facebook’s leaders to rethink the stance.

Facebook’s position on political advertising is “a threat to what FB stands for,” said the letter, which was obtained by The New York Times. “We strongly object to this policy as it stands.”

The message was written by Facebook’s own employees. For the past two weeks, the text has been publicly visible on Facebook Workplace, a software program that the Silicon Valley company uses to communicate internally. More than 250 employees have signed the letter, according to three people who have seen it and who declined to be identified for fear of retaliation.

Veteran newsman Larry King has attacked Australia’s draconian freedom-of-speech laws, saying he would “react with violence” if police raided his home in a bid to identify the source of a story, reports The Australian’s Steve Jackson.

The American broadcaster, who hosted the eponymous Larry King Live on CNN for a quarter of a century, called on Scott Morrison to introduce legislation properly protecting whistleblowers and journalists, describing them as the cornerstone of a robust democracy.

King said he was outraged to learn Australian Federal Police had raided the home of News Corp Australia reporter Annika Smethurst and the ABC’s Sydney headquarters in June, in a crackdown on public interest reporting reliant on whistleblowers.

“I am not a violent person but, if that had happened to me, I would have reacted with violence,” the 85-year-old told The Australian.

Apple doesn’t do things by halves, and it’s certainly going to swing big when it comes to its foray into streaming TV, reports news.com.au’s Winlei Ma.

So it should surprise no one that Morning Wars (called The Morning Show elsewhere), the centrepiece of Apple TV+’s launch slate, is a showy, expensive series headlined by three A-listers: Jennifer Aniston, Reese Witherspoon and Steve Carell.

When you have Apple money (reportedly more than $US150 million per season), you can call in the big guns.

Set in the dog-eat-dog world of breakfast TV, the 10-episode Morning Wars is a heightened drama that taps into the rage of the #metoo era by crafting a story about power and control – who has it, who thinks they have it and, most significantly, who gets to have it.

And really, there are few settings more conducive to exploring these dynamics than the dirty, abrasive world of TV.

The pilot borders on melodramatic and it seems like everyone is keen to get their Emmy reels locked and loaded ASAP because there’s some overplayed speechifying. But by the latter half of the second episode, it starts to settle into its paces.

It’s pacy, brash and compulsive – which all adds up to something worth sticking around for.

After more than a decade with the pay TV network it’s understood Meadows is a victim of cost cutting which is sweeping the business.

The respected journalist was one of the faces of Fox Cricket last year. She also had a prominent role with Fox Footy, hosting AFL Tonight and the popular On the Mark program.

There’s no doubt Meadows’ short-lived defection to Channel 9 to host the revamped Footy Show earlier this year put her out of favour with some at Fox.

After lengthy negotiations she was eventually given the all clear to join Nine while also remaining on the books at Fox.

Fox will look to within to replace Meadows with Kath Loughnan, who emerged last season as one of the faces of the cricket coverage, to have her role expanded further over the summer.