The Australian Communications and Media Authority (ACMA) has found that Bruce Gordon, the owner of WIN Corporation, breached media control and diversity rules in relation to his interests in the Prime Media Group Limited (Prime).

The ACMA found that Gordon acquired a 11.59 per cent shareholding in Prime on 29 April 2019. Together with his existing 14.99 per cent interest, Gordon’s total company interests rose to 26.58 per cent. This placed Gordon in a position to exercise control of commercial television licenses held by subsidiaries of Prime until 24 May 2019, when Gordon divested 43 million shares (11.73 per cent).

Gordon was found to be in breach of the “one-to-a-market” commercial television license rule in eight separate license areas during this time. Gordon’s interests also caused an unacceptable media diversity situation to occur, or to be worsened, in more than 40 license areas. 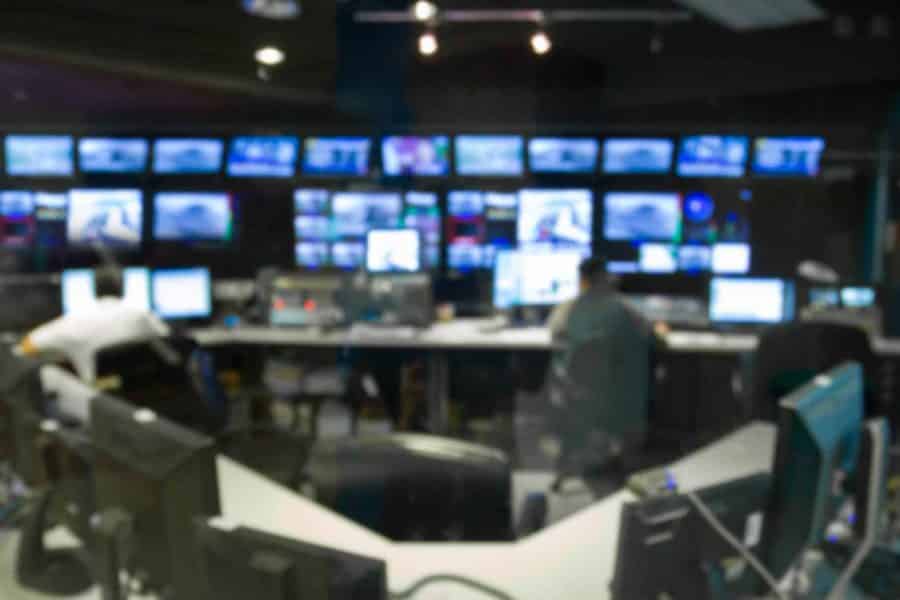 “Media control and diversity rules exist so that Australians have access to a diverse range of voices in the media landscape. It is up to companies and individuals to ensure that they comply with these important rules at all times, especially where control occurs in more complex shareholding arrangements,” said ACMA chair Nerida O’Loughlin.

The ACMA considered evidence from Gordon that the breaches occurred as a result of actions taken by a third party that were contrary to his instructions and that, as a result, he could not reasonably have known that he was in breach of media laws. The ACMA also noted that Gordon acted immediately to sell down his shareholding in Prime as soon as he became aware of the mistake.

Finally, the ACMA found no evidence to suggest that Gordon took any actual steps to exercise control over Prime during this period.

“Given the limited duration of the breaches and our satisfaction with the action to rectify the breaches, the ACMA will not take any further action on this matter,” O’Loughlin said.

Under the Broadcasting Services Act, a person is deemed to be in control of a media asset when they acquire in excess of 15 per cent of a company which holds that asset. This is regardless of whether they can exert actual control over the asset, which is a separate test.

Quadrant Private Equity’s decision to pay $571.6m for the outdoor advertising company QMS Media has some wondering what is next for the Australian-based buyout fund, reports The Australian’s Bridget Carter.

QMS owns 40 per cent of the New Zealand radio and free-to-air television broadcaster MediaWorks, which has recently placed its loss making television station up for sale through investment bank UBS.

By acquiring QMS, Quadrant is on the front foot to take out MediaWorks, which some believe the private equity firm will carve up and sell off assets to Nine Entertainment, which is said to have made approaches to buy MediaWorks assets in the recent past.

After divesting its New Zealand assets to Nine, and shutting down or separately selling off the television arm, it could leave Quadrant with another Australian outdoor advertiser and the hope is that it repeats its earlier success with APN Outdoor.

It is expected that well-regarded media executive Andrew Hines, the Australian chief operating officer of JCDecaux, could be recruited. He was recently spotted having meetings with Quadrant boss Chris Hadley.

A private equity buyout of QMS is likely to be bad news for groups such as Southern Cross Media, which had high hopes to buy the Mediaworks radio operations as part of a move to become a regional player in the audio space.

Celebrity chefs, comedians and a billionaire businessman are among the famous faces enlisted to spruik Australia in a new $38 million tourism campaign, reports The Sydney Morning Herald’s Andrew Taylor.

The campaign, which will be launched at Sydney Opera House on Wednesday, is centred around nine “philausophies” including mateship, love of nature, no worries attitude, generosity of spirit, sense of adventure and boundless optimism.

Singer Kylie Minogue and filmmaker Warwick Thornton will also be featured during the three-year campaign alongside tourism operators.

Alphabet, the parent company of Google, said on Monday that its quarterly profit fell 23 percent after it sharply increased spending, in a rare financial stumble by the tech giant, reports The New York Times.

Alphabet reported that its revenue rose 20 percent to $40.5 billion for the third quarter, but that profit dropped to $7.07 billion. Profit, which missed Wall Street forecasts, was hurt by rising costs for research and development and marketing, the company said.

The performance demonstrated the challenges of trying to maintain growth at the company and showed how Google must invest to keep that up. While advertising, rooted in the dominance of Google’s internet search engine, has sustained Alphabet’s bottom line in recent years, that business isn’t growing as fast as it once did. Google is also facing new competition for marketing dollars from Amazon and others.

Alphabet faces other challenges. Google is squarely in the sights of regulators and politicians who want to take down a monopoly. Its employees have been unhappy with management, political conservatives accuse the company of bias and YouTube has been under attack for spreading misinformation.

Confident Geoffrey Rush back in Hollywood spotlight because Al Pacino

Geoffrey Rush has returned to the international stage looking as if he never left it, barely a year after his lawyer said he might never work again, reports The Australian’s Cameron Stewart.

In his first live performance since his defamation case over allegations of inappropriate on-set behaviour, the 68-year-old actor performed a reading of Shakespeare’s Merchant of Venice alongside Hollywood star Al Pacino in Los Angeles.

Rush played the merchant Antonio from whom the moneylender Shylock, played by Pacino, demands a “pound of flesh” for an unpaid debt. Rush’s return to the stage, at the annual benefit event for the Shakespeare Centre of Los Angeles, came after he sued The Daily Telegraph. He won a record defamation payment of almost $2.9m over allegations he behaved inappropriately towards an actor during a production of King Lear in 2015-16.

When asked whether he thought this day would come after the allegations against him, he replied “Any job, you wonder if it’s going to come.” Rush said Ben Donenberg, the centre’s artistic director, emailed him recently to suggest he join the cast for the fundraiser.

The Daily Telegraph is appealing against the defamation ruling in the Rush case, saying the damages were “excessive” and claiming a Federal Court judge was biased.

For years, Samira Ahmed has presented a weekly, 15-minute program on BBC television that allows viewers to question the broadcaster’s executives about its shows. She’s never been paid more than £465 per episode, reports The New York Times.

During much of that time, Jeremy Vine presented another weekly, 15-minute program for the BBC that allows viewers to sound off about the network’s coverage. He was paid £3,000 for each episode.

On Monday, accompanied by other prominent BBC presenters and journalists, Ahmed went to court to sue the broadcaster over unequal pay. The BBC has long attracted criticism over disparities in the way it pays its staff, and Ahmed’s complaint comes just over a year after the BBC was forced to apologize to a senior journalist over pay disparities.

While other actors are hungry or US success, he is happy to be working at home on 10’s Playing for Keeps.

“I’ve been blessed, for sure,” he tells TV Tonight.

“I just want to keep doing good work. I want to direct. I just directed a music clip which we’re in the process of finishing at the moment.

“I want to keep acting in quality productions. I won’t hang my hat on cracking America. It is what it is.

“I’ve got two kids and one on the way so I don’t want to take them there and I never want to be away from them. If it comes, it comes. But I’m not going to break my back trying to make it there.

In Playing For Keeps, Taylor plays fallen Southern Jets coach Brian Rickards who begins season 2 full of guilt and self-loathing over the death of a former teammate.

“He’s no longer a coach. The team went to shit and so now it’s a new season,” he explains.

“And I still have to deal with my captain who slept with my wife.”

While Playing for Keeps continues on 10, Jeremy Lindsay Taylor looks to his growing family and whatever local project next attracts his interest.

“It’s an interesting time in the industry, as you’re well aware. You know, there’s so many different formats these days.

The untitled Game of Thrones prequel from producer Jane Goldman is not moving forward at HBO, reports The Hollywood Reporter.

Said to focus on the “Age of Heroes” and the first ever battle between man and White Walker, Goldman’s prequel – which had filmed a pilot over the summer – will not be advancing to series, The Hollywood Reporter has confirmed. According to sources, Goldman e-mailed the cast to share the news. HBO, as it typically does on projects in development, declined comment.

The news comes shortly after word of HBO nearing a deal to produce a second pilot based in the world of Game of Thrones, from the minds of author George R.R. Martin and Ryan J. Condal. The series is said to focus on the reign of Targaryen kings in the lead-up to the events of Game of Thrones, aligning the vision of the project much more closely to the days of Jon Snow (Kit Harington) and Daenerys Targaryen (Emilia Clarke) than the now scrapped Naomi Watts-starring prequel – though still quite a bit earlier than the events of the Emmy-winning HBO series, which wrapped its final season in the spring of 2020.

The pilot pass arrives a day after Game of Thrones showrunners David Benioff and Dan Weiss walked away from a planned trilogy of Star Wars feature films. The duo, who will be credited as exec producers on anything Game of Thrones related at HBO, departed their overall deal with the premium outlet for a five-year, $250 million film and TV pact with Netflix.

Around The Project production office in the Como tower at South Yarra you can invariably catch a staff member transfixed by large screens which will hold their silent gaze for minutes on end, reports TV Tonight.

No, this is a huge Excel spreadsheet which shows the rundown for the nightly program. Segments are meticulously timed with vision, interview, gag and commercial breaks.

Across the day the team will check and re-check the editorial balance, looking for gaps to add extra news or conversations and evaluating room for improvement right up to its live broadcast.

The Project is a goliath of a daily news beast with a staff of around 50 people, many of whom are in their 20s and 30s. Now in their 10th year under executive producer Craig Campbell, joined by Sarah Ashley (one of 2 supervising editors), they are feeding an insatiable news beast 6 days a week.

10am: The day begins with a production meeting of 18, led by Ashley and Campbell to block out the evening show. There are already several segments locked down including live interviews with Rove McManus for his new kids’ book, visiting Swedish singer Tove Lo, and a long-form story on an inspiring principal giving hope to kids in drought-ridden Trundle, NSW.

At this meeting story producers pitch ideas that need to be packaged by 6:30pm.