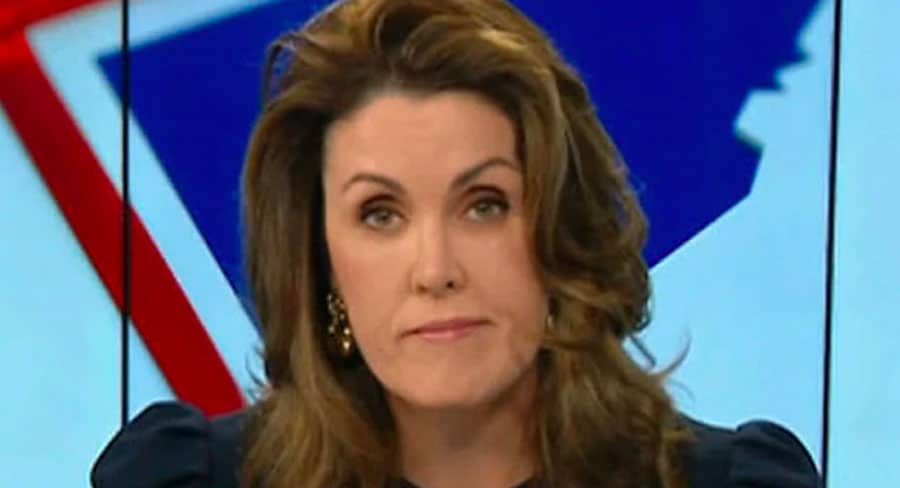 “Digital technology has affected that, and we’re trying to ensure that our regulatory system keeps pace with that change to ensure that journalists can do their jobs, not just in taxpayer-funded organisations but commercial ones too.”

In June, Morrison is due to travel to Britain for the annual G7 summit. The member countries — the US, UK, France, Germany, Italy, Japan and Canada — are also wrestling with the issue of reining in the market power of the Big Tech companies, and they are closely monitoring the Australian government’s push to create a fairer commercial landscape for media organisations.

Google’s exit could be ‘fatal’ for small publishers

Small publishers have warned that Google and Facebook withdrawing products from the Australian marketplace could be “fatal” for outlets reliant on audiences coming from the digital giants, reports AFR‘s Miranda Ward.

Google threatened to withdraw its search product from Australia if the proposed news media bargaining code, designed to level the playing field between digital platforms and news publishers, moves forward in its current format. Facebook said it would not allow news content to be shared on the platform.

oOh!Media-owned Junkee Media, which targets the youth market, said it supported the principles of the code, however CEO Neil Ackland said it was taking the digital giants’ threats very seriously.

“We have been considering the repercussions of those threats very seriously as well. I don’t think we should underestimate that,” he told a Senate committee hearing.

“Were either one or both of the platforms to exit Australia, it would have a significant impact on our ability to connect our content to our audience.”

He said it would “undoubtedly” place pressure on jobs and “potentially be fatal for businesses like ours and other small publishers in the space”.

Paul Koppelman, the former chief financial officer of Nine, has been appointed as CFO for ad agency holding group dentsu for both Australia and New Zealand, reports AFR’s Miranda Ward.

Koppelman left Nine, publisher of The Australian Financial Review, last July after 10 months in the role to be with his family in Melbourne’s lockdown after the death of a relative.

He joins dentsu, which operates advertising agency brands Carat, dentsu X, Isobar and BWM dentsu Group, as the network looks to simplify its business. It rebranded from Dentsu Aegis Network to dentsu Australia last September after a tumultuous 2019 in which the CEO Henry Tajer unexpectedly left after less than a year in the role, with the company immediately replacing him with Angela Tangas.

Koppelman, who joined dentsu on Monday, succeeds Jerome Whelan, who has shifted into a regional finance role to support dentsu’s APAC business and operations team.

Deal reached over trial of media in Pell contempt case

Fifteen journalists and editors will have charges of contempt of court dismissed as part of a deal under which Australian media companies will plead guilty to breaching a suppression order related to Cardinal George Pell’s now-quashed child sexual abuse conviction, reports AFR‘s Max Mason.

The deal with the Victorian Director of Public Prosecutions involves the dismissal of charges against individuals including The Australian Financial Review’s editor-in-chief Michael Stutchbury and Melbourne bureau chief Patrick Durkin.

Instead the news outlets themselves, as corporate clients, will plead guilty to breaching a suppression order. Outlets include the Financial Review, The Age, The Sydney Morning Herald, the Herald Sun, The Daily Telegraph, The Weekly Times, the Geelong Advertiser, Adelaide’s The Advertiser, Business Insider, Mamamia, Radio 2GB and Nine News.

Charges of sub judice contempt were also withdrawn. However, the media companies are expected to face heavy fines for breaching the suppression order. They will face a plea hearing next week.

The charges related to media coverage of Cardinal Pell’s conviction in December 2018.

Sky News commentator Peta Credlin has apologised on air to Kevin Rudd for saying his petition calling for a royal commission into the Murdoch media was a “data harvesting exercise”, reports Guardian Australia’s Amanda Meade.

The apology on Monday night was part of a confidential defamation settlement.

After Rudd’s petition reached a historic high of half a million signatures in November, Credlin accused Rudd of gathering email addresses to “bombard people with hard-left propaganda and urge them to boycott the Murdoch media”.

The former Labor prime minister immediately called for Credlin, a former chief of staff to Tony Abbott, to apologise “for her lies” but she did not withdraw them.

“On 11 November last year, while commenting on former prime minister Kevin Rudd’s petition to the House of Representatives for a royal commission to ensure a strong, diverse Australian news media, I said the petition was a data harvesting exercise and that Mr Rudd now had more than half a million email addresses to use for his own political purposes,” Credlin told viewers of her eponymous program on the News Corp-owned Sky News Australia on Monday.

“That was false. Mr Rudd did not have access to the email addresses in the petition because they were the property of the parliament. Nor did he seek them. The misuse of the email addresses as claimed would have been a serious invasion of people’s privacy. I apologise to Mr Rudd for any damage caused to him by my false statement.”

O’Keefe, 49, was arrested and charged on the weekend over an alleged domestic assault on his partner in Sydney’s east.

A Channel 7 spokesperson told news.com.au: “Seven is obviously very concerned to read the reports regarding Andrew O’Keefe. Seven has had a 17-year relationship with Andrew across a number of programs, although he is no longer with the network.

“As this is a police matter before the courts, we cannot comment further.

“The program hosted by Andrew, The Chase Australia, is not currently in production. The program is produced for Seven by ITV Studios Australia. Production will resume soon and a decision about who will host future series is still to be made.”

It comes as The Daily Telegraph can reveal police will allege O’Keefe punched partner Orly Lavee in the face, punctured her lower lip, pulled her hair, kicked the back of her legs and spat on her.

The 49-year-old television personality has told friends he will fight the allegations in court.

“Andrew is receiving medical treatment in the wake of the incident,” a source close to O’Keefe said.

“He will be defending the charge.”

O’Keefe will face Waverley Local Court on Thursday charged with common assault relating to the alleged incident on Sunday morning at the Randwick home he shares with haematologist Dr Lavee.

“It has been difficult,” a tearful Dr Lavee said outside her home on Monday.

“It has been a horrible few days. I don’t want to go into it, I’m not feeling good about what’s happened.”

Mini-golf show Holey Moley jumps onto, rather than over, the shark

The makers of TV series often worry about airing a ‘jump the shark’ moment, that unexpected turning point where a rash decision exposes a program’s failing and momentum suddenly becomes mockery. Ignominy is definitely an issue for Seven’s new reality competition, Holey Moley, but at least it’s facing up to the prospect. Just 40 minutes into the first episode a competitor valiantly tried to jump onto – not over – a large plastic shark circling a water tank. Talk about trying to make a big splash, reports SMH‘s Craig Mathieson.

The leaper failed, face-planting into the side of the prop shark before sliding into the water, but Holey Moley may yet prove buoyant. The latest salvo in the reality TV trend of oversized and ostentatiously produced games – as opposed to the governing genre where poorly matched singles argue and fling wine at rivals – is not so much over the top as simply careening through the air because the arms of a (padded) windmill slammed into you. On this taxonomy of getting taken out, tumbling sideways with limbs flailing is the default setting.

The debut episode gave you much of the information you’ll need to make a decision about Holey Moley. It’s brash, self-aware, and determined to batter its flaws into submission. It was labelled “extreme mini-golf”, which is straight-forward but somewhat lacking – I favour “Jeff Koons reboots The Price is Right”. Hitting a golf ball around a rink has never been so ludicrously contrived.

The mini-golf part is straightforward, even if the direction of those sequences is sometimes banal. The contestants – eight per episode, reduced in knockout pairings down to a winner headed for the finals – could be playing at their local putt-putt course, but what’s tacked on are obstacle course stunts the preening hopefuls need to do before or after teeing off. They might run across a rotating bridge, climb a slippery slope, or sprint across a narrow ledge where the doors of Portaloos are flung open by extras in cartoon character costumes. It’s as if you visited Disneyland on the day the staff rebelled.

Greens senator Sarah Hanson-Young has accused Fox Sports of doing a “half-assed job” with their coverage of women’s sports after another comical error in which viewers were confronted with pictures of a broadcast crew worker in his bedroom during a W-League match, reports SMH‘s Vince Rugari.

In the third such issue to have impacted the competition this season, Friday night’s clash between Adelaide United and Melbourne Victory was interrupted in the first half when the game feed suddenly crashed and was replaced with live images of a man working in what appeared to be his bedroom.

The awkward gaffe lasted for around 30 seconds before Fox Sports cut to a commercial break and then highlights of men’s AFC Champions League matches before the game was finally returned to screens.

Social media erupted with a mixture of anger and laughter, with the presence of a brass instrument in the man’s bedroom a particular source of mirth for W-League fans. Sources with knowledge of what occurred said the man worked for an external video streaming company which was assisting with technical aspects of the broadcast and is said to be mortified with what happened, but it’s unknown how his face came to be beamed across the country.

The incident came just days after Foxtel, the parent company of Fox Sports, apologised for what it said were two separate “one-off” incidents that marred other W-League matches in January.

Foxtel was last year granted $10 million by the federal government to support the coverage of “women’s, niche and other under-represented sports”, having been previously handed a further $30 million for women’s sport by the Turnbull government in 2017.

Hanson-Young last month described the arrangement as a “rort” after it emerged the ABC was paying Foxtel up to $35,000 for each Matildas match aired by the public broadcaster – meaning taxpayers were essentially paying twice for the content – and doubled down on that criticism in the wake of the recent W-League issues.