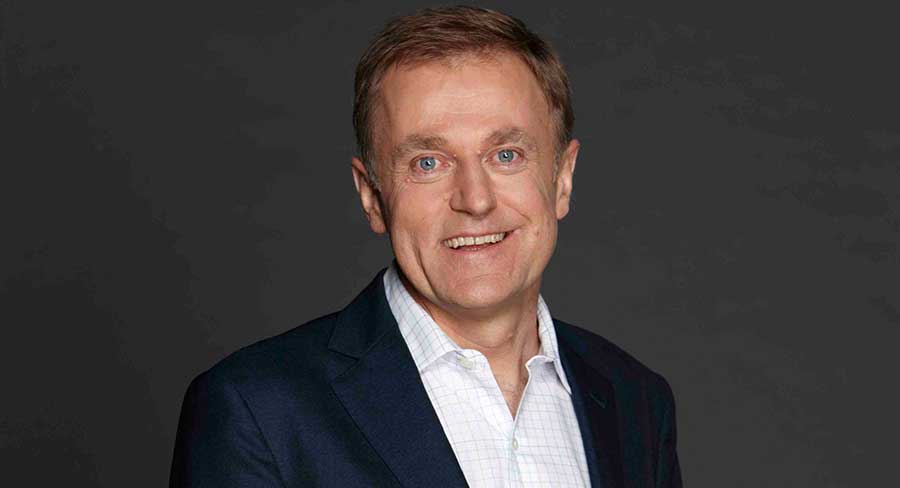 AAP deal for newswire sale expected to be finalised this week

The sale of the newswire to a consortium led by former News Corp Australia and Foxtel chief executive Peter Tonagh will end months of uncertainty for AAP staff following an announcement on March 3 that the 85-year-old service would close, reports The AFR’s Max Mason.

About 85 to 95 existing staff will take new jobs under the new AAP, including 70 to 75 editorial positions.

The AAP newswire currently has about 180 staff.

The new AAP will be a trimmed-down service covering core topics, including breaking news, state and federal politics, courts and justice, and sport, with a focus also on regional news.

Press release business Medianet, analytics division Mediaverse, the sub-editing business and racing operations will not be part of the new enterprise.

Australian Associated Press to be sold to consortium for $1

Australian Associated Press’ newswire will be sold to a consortium of investors and philanthropists for $1, but the group will put millions into the loss-making news agency to prop it up until it becomes profitable, reports The Sydney Morning Herald’s Zoe Samios.

The sale of the newswire, once it proceeds, will result in at least 100 editorial redundancies, but is considered a better outcome for the newswire than shutting altogether.

Major shareholders Nine Entertainment Co (publisher of this masthead) and News Corp Australia are expected to fund the entitlements of all staff.

Staff in Bauer Media Australia’s headquarters have apparently been burning the midnight oil lately, prompting some to wonder whether it is getting close to selling its magazines business to private equity firm Mercury Capital, reports The Australian’s Bridget Carter.

Some suspect a deal could be reached as early as this week for the company that owns the Women’s Weekly and Woman’s Day titles and now others such as New Idea and That’s Life! following its $40m acquisition of Pacific Magazines from media company Bauer.

Apparently, executives at Bauer have been extremely busy of late on what some believe is a transaction.

Industry sources familiar with the discussions said Oaktree, the firm behind the recapitalisation of Nine Entertainment Co in 2012, contacted the Kerry Stokes-controlled broadcaster midway through the coronavirus pandemic with a “loan-to-own” offer to buy some of the $541.5 million net debt pile.

The offer, presented before a number of acquisition sales were made by Warburton, was rejected. Industry sources said the deal, proposed by Oaktree Capital’s managing director Byron Beath, was opportunistic and that Warburton wanted to back his own strategy instead of looking at alternative ownership or an equity raise. If the deal proceeded and Seven defaulted on anything, Oaktree would have taken control.

Seven West Media’s $87m saving from a renegotiated AFL deal this week will do little to improve financial issues plaguing the company, according to industry insiders and former employees who have raised concern about large debt and job cuts, reports Elias Vistonay in Guardian Australia.

The focus on Seven’s financial position comes as it dropped out of the ASX300, the top 300 companies on the stock exchange, on Friday as the value of Australian media companies continues to decline.

Guardian Australia has also learned of about 50 workers in production at Seven who were either made redundant or whose contracts were not renewed, a move which followed about 50 earlier redundancies in its sales team.

BBC Global News has signed up Blazeaway Media to represent BBC.com and BBC World News, exclusively in the Queensland market.

This dedicated resource in the QLD market will allow the BBC to continue its growth and work with local clients and agencies to deliver market leading advertising and content solutions.

Jamie Chambers, regional director, ANZ, BBC Global News, said: “BBC Global News has enjoyed significant growth over the past 12 months as Australians have increasingly relied on BBC News services for access to quality, impartial and trusted journalism. Having someone of Andrew Knowles’ calibre representing our business in Queensland will ensure agencies and brands can more easily take advantage of these valuable audiences & environments to create effective campaigns in a tough economic environment.”

Andrew Knowles, managing director and founder of Blazeaway Media said: “I am absolutely thrilled to be representing the BBC in QLD. The BBC is a brand I know well after working as sales director with them for three years in Sydney, so to be involved with them again is a privilege. Adding the BBC to our growing list of partners allows us more opportunities to offer clients relevant and meaningful campaigns with highly reputable publishers. I am looking forward to growing the brand and commercial business in Queensland.”

Journalists at Melbourne’s The Age are demanding management hire more non-white staff and deliver key editorial changes in the latest tussle over the lack of racial diversity in newsrooms, reports The Australian’s Emily Ritchie.

More than 50 staff on the Nine-owned paper have signed a petition calling for im­proved racial diversity and the appointment of an indigenous affairs reporter.

The petition also noted that The Age, which employs about 170 editorial staff, had always been edited by men. It said the newsroom was concerned that “key editorial decisions” were regularly made out of Sydney and that The Age “shouldn’t be a subsidiary” of Nine’s Sydney operations.

Dwindling magazine circulations – along with the prized picture budgets they once sustained – have resulted in a mass exodus of celebrity-hunting “shooters” from the industry, with some long-serving paparazzi estimating their ranks have thinned by up to 50 per cent in the past year, reports The Australian’s Steve Jackson.

Carlo Cossalter, who heads one of the country’s most prominent agencies, Diimex, said the “magazine monopoly” created by Bauer Australia’s acquisition of rival Pacific Magazines for $40m in May had exacerbated a prolonged decline in the profitability of the celebrity photo market.

“The ACCC didn’t do us any favours by allowing that merger to go ahead – now that Woman’s Day and New Idea are owned by the same company, the days of the bidding wars between magazines are dead,” he told The Australian.

2GB’s Ray Hadley is about to become less Sydney-centric, and make the Gold Coast his second workplace. But that can’t happen until Premier Annastacia Palaszczuk reopens Queensland’s borders, reports The Australian’s Nick Tabakoff.

“When I can get into Queensland, (Nine radio boss) Tom Malone has asked me to broadcast regularly from there,” he says. “They’re building me a studio inside the Nine studios on the Gold Coast. I want to be there in time for the Queensland election in October so I can watch it closely.”

The 2GB and 4BC host plans to spend a week each month on the GC, where he has an apartment on Main Beach.

But Hadley’s workplace isn’t the only thing moving. Hadley also revealed further coronavirus-driven date changes to his marriage to his partner, Sophie Baird. November is now shaping as the most likely date for the pair’s nuptials, although September is still possible.

“At this stage, our marriage has been put back from June to September, then November, depending on the virus,” Hadley says.

A new sports-dedicated radio ­station in Sydney is part of the plans for a national sports radio network planned by media entrepreneur Craig Hutchison, who has also accelerated the rollout of a group of racing stations across the country, reports The Australian’s John Stensholt.

Hutchison, the chief executive of ASX-listed Pacific Star Network, the owner of the SEN radio business in Melbourne and other markets, said plans to convert Sydney station 2CH to sport from its classic music format were under active consideration after his company agreed to an $11.2m acquisition in early June.

Pacific Star has survived the sports shutdown caused by the COVID-19 pandemic and has now added live AFL matches to its existing NRL broadcasts that ­restarted two weeks ago.

Why MasterChef’s challenges are trickier than ever this year

Inside a meeting room at MasterChef‘s Melbourne headquarters is a giant whiteboard, so big it covers an entire wall. The controversial “floating sugar balloon” pressure test of 2017 – in which contestants attempted a gravity-defying dessert – was created here, along with a 2016 challenge requiring the use of liquid nitrogen, reports The Age’s Michael Lallo.

“We spend hours, days, weeks on end in this room, coming up with new ideas,” says executive producer Marty Benson. “This year, we had to amp things up.”

Instead of casting amateur enthusiasts in MasterChef‘s current season, Benson invited former contestants to return for a second shot at victory. All have enjoyed successful careers – opening their own restaurants, publishing cookbooks and hosting TV food programs – since first appearing on Network 10’s hit cooking competition.

“You’ll notice there are no immunity challenges against guest chefs this year,” Benson says. “We decided it wouldn’t be fair on the chefs because our contestants are so good.”

Callum Hann, who finished second in MasterChef‘s 2010 season, says this year’s tests are “definitely more intense and difficult”. But it was a relatively simple dish of potato-crusted Murray cod, which he had to prepare under the watchful eye of Gordon Ramsay, that threw him the most.

“It was very achievable but the fact we had to do it at his pace was a heck of a challenge,” Hann says. “People don’t realise how much time you waste on things that aren’t cooking. You might be picking the little safety tab off a bottle or a jar whereas at home, those things have probably been opened already.”

A-League players will undergo COVID-19 testing on Monday, as clubs plan to return to training this week in preparation for a July 16 restart, reports AAP.

While the FFA is still deep in talks with broadcast partner Fox Sports over a revised rights deal, most clubs are expected to be back in training on Tuesday or Wednesday.

FFA head of leagues Greg O’Rourke said with proposed extensions to player contracts only running until the end of August, the need to get the resumption process started is pressing.

“The schedule that we’ve shared with the clubs … is to start the first game on Thursday the 16th of July and finish that a month later and then one week for finals,” O’Rourke said.

Foxtel is keen to sign a new long-term broadcast agreement with V8 Supercars by the end of June that could see a permanent shift in schedules so the pay TV provider could run two marquee sports over summer, reports The AFR’s Max Mason.

Supercars is in the final season of its $241 million six-year broadcast deal with Foxtel and Network 10, but it was forced to suspend its season in March amid the escalation of the coronavirus pandemic and government restrictions on movement and gatherings.

Supercars is working through its schedule for the 2020 season, which could include a night-time finale in Sydney in December. The revised season is due to start on the weekend of June 27 and 28.

Sources close to Foxtel said the pay television broadcaster was looking to sign the revised agreement with Supercars as well as a reduced longer-term agreement that could shift the season to later in the year, giving Foxtel a second marquee summer sport on top of cricket, at least for part of the season. Foxtel’s winter sports drawcards are AFL and NRL.