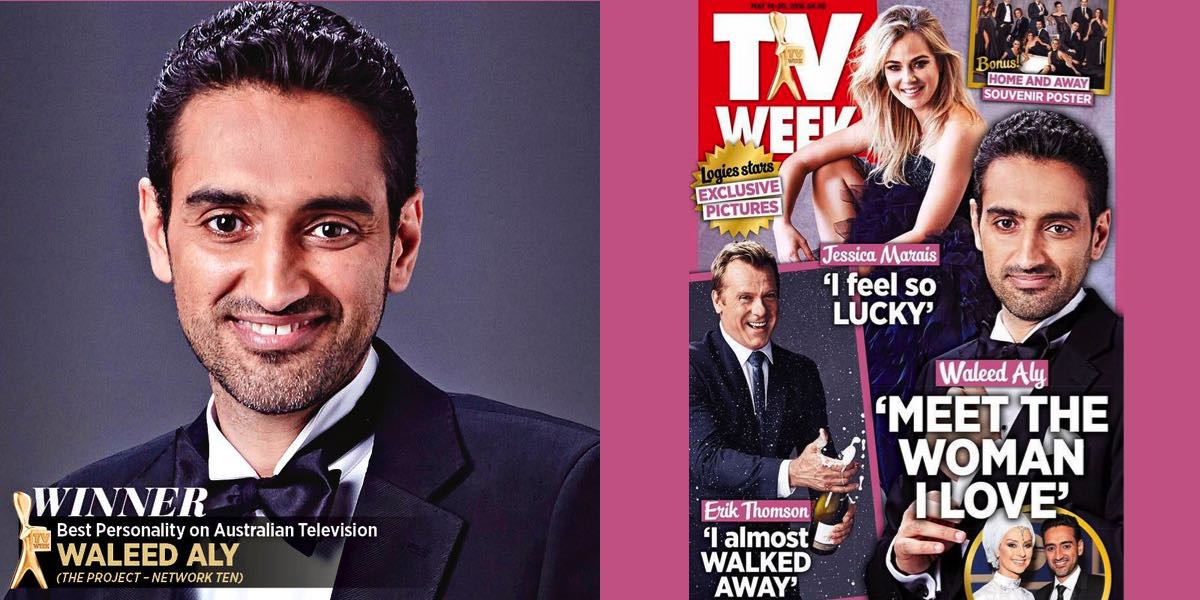 The Project host Waleed Aly was announced the winner of the Gold Logie last night.

Network Ten and the ABC have emerged the big winners during one of the longest TV Week Logie ceremonies ever.

After a red carpet pre-show broadcast on Nine and hosted by the Today show team, Dave Hughes took the stage in the Crown Palladium ballroom at 7.35pm to officially launch the award presentation show.

To the guests inside the ballroom, the evening started two hours earlier with a pre-show dinner of Gippsland lamb loin or seared barramundi followed by a white chocolate and coconut mousse. Tiger Beer seemed to be the most-consumed beverage, although Nicolas Feuillatte Brut Reserve was also a favourite.

Warm-up duties this year were handled by Rockwiz’s Brian Nankervis who oversaw the night’s best moment that didn’t make the telecast – a riotous version of The Rolling Stones’ “Satisfaction” from actor Gary Sweet complete with Mick Jagger struts.

The first award of the night went to Nine and Cavalier Television for The Block which was accepted by host and Gold Logie nominee Scott Cam.

By the time of the first ad break, Nine, Seven and TEN had each won an award on a night that would see the Logies shared amongst all networks and 12 separate production companies.

While the night is all about the winners, plenty of nominees will take comfort at least they made it that far. One of them will be Josh Thomas‘ Please Like Me which found itself overlooked twice in the first four awards.

Awards highlights included:
•  Lee Lin Chin telling ballroom floor interviewer Shane Jacobsen that is was “time to stop the jokes” when he tried to get a laugh with the “sex before soccer” gag.
•  Eddie McGuire was joined onstage by his son Xander who has just started on Neighbours and Eddie told about driving his son to work on his first day.
•  Patrick Brammall delivered a “TV is dead” rant that wouldn’t have seemed out of place in his No Activity series. That show didn’t win an award for Stan, but he was back onstage collecting the award for Glitch.
•  Noni Hazelhurst’s induction into the TV Week Hall of Fame was thought to be long overdue, but it ran for way too long. It was preceded by a very long career highlights package and then followed by what seemed like an even longer acceptance speech. TV commentator Peter Ford this morning suggested splitting off the Hall of Fame segment into a separate event each year.
• Julia Morris‘ impromptu version of “Holding Out For A Hero” which worked a lot better than her fake fall onstage earlier in the night.

• Waleed Aly’s 10-minute Gold Logie acceptance speech was welcomed by all, despite the fact it kept viewers watching until close to midnight.

Most Outstanding Miniseries or Telemovie
ABC: The Secret River

Most Outstanding Children’s Program
ABC: Ready For This