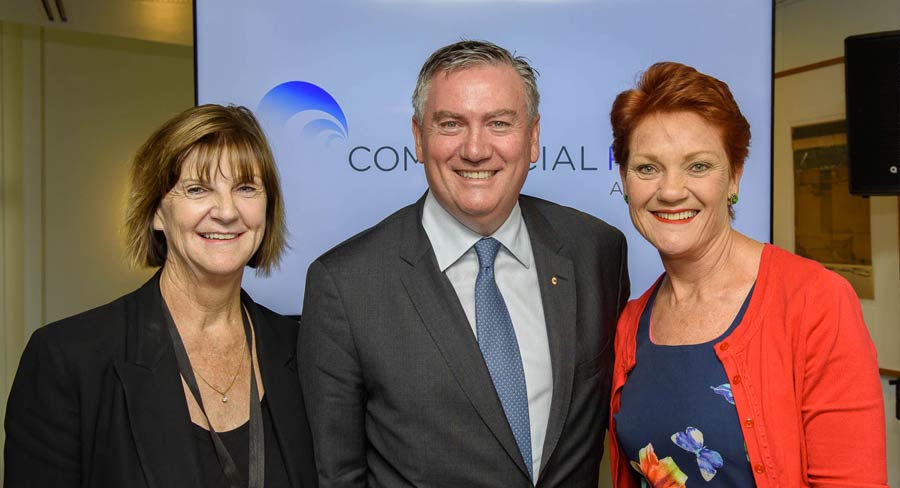 McGuire was in Canberra after arriving back in Australia on the weekend.

He noted that in an all-important election year, all sides of politics could reach voters through their local commercial radio station. McGuire also recalled growing up and listening to Derryn Hinch on radio and thanked him for his service to the radio industry and now in politics.

He quoted the power of radio that “speaks to millions but retains its intimacy”. McGuire explained listening to radio in the car was still something families do together and it sparked discussions.

McGuire was in Canberra after arriving back in Australia on the weekend after a week broadcasting from Atlanta at the Super Bowl and then New York. Communications Minister Mitch Fifield also spoke at the function and said it was finally good to have a Melbourne host for the CRA function in Eddie McGuire, following on from previous hosts Ray Hadley, Alan Jones and Ben Fordham.

The Minister also said he thought McGuire would gain a lot more listeners in Melbourne if he wasn’t the chairman of the Collingwood Football Club.