‘It is a straight commercial decision’

Shortly after Bauer Media Australia CEO Paul Dykzeul advised staff that three titles would be closing down after their final issues at the start of 2018, he spoke with Mediaweek about the decision and the departure of the managing director of Bauer Xcel Media, Christian Fricke. The magazines involved are Yours, Homes+ and Recipes+.

“No one likes to close titles, but that is part of what I have to do as part of running the business,” Dykzeul told Mediaweek.

“We haven’t had the level of support we wanted for those titles. It is a straight commercial decision.” Dykzeul was talking to Mediaweek just hours before he boarded a plane to London to visit Bauer offices and to look at how the media landscape is changing in European markets.

As to redundancies, Dykzeul wasn’t able to talk numbers, but he did note: “It is unfortunate that there are people affected. People in media are often confronted by this, and I can’t shy away from making tough calls.

“We have to refashion the business to suit the environment we are in. That involves making people redundant and we can’t escape that.”

None of the titles will continue in a digital form. “We have explored all possibilities for these titles and it is something we have been doing over a long period of time. We just weren’t able to find a way they could stay.

“While all titles in our group are important, these were not big titles in the portfolio. My job is to run the business and these titles were drawing on resources that we could utilise better in other parts of the business.” 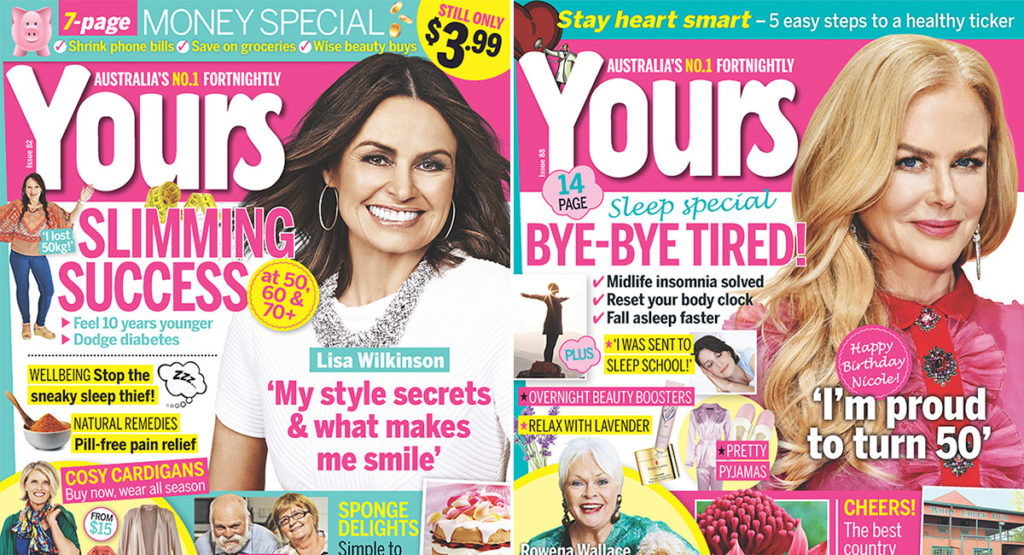 Dykzeul confirmed he is continuing to work his way through a review of all the company’s titles. “We have already made very significant changes to the organisation and we will continue making them until I am happy we are in a position where the business is much stronger.

“It won’t surprise people who understand publishing. That is why I am here. I am here to fix a business that has been underperforming for some time. I am absolutely convinced it remains an extraordinarily good business with parts that are not as good as they should be.

“We will be focusing the business more on the significant opportunities that exist around our major brands.”

Dykzeul said commentary around the death and demise of magazines is wrong. “We still have a very substantial business and it makes me smile when we get barbs thrown at us. Bauer is still a terrific business and we are part of a terrific industry that has a long way to go.

“What we have to change more than anything is – and every media company is being confronted with this – you can’t run media companies the way they used to be. They have to be run in a different way. That is a hell of a challenge. Every single media company has to change its business model. That doesn’t mean magazines, newspapers, television and radio are dying. They are not. They just need a different focus as to how they are run.”

As to losing one of his senior team, Dykzeul said Fricke was planning to head back to Germany with his wife and children after doing their time in Australia. “They are keen to return home, which I understand completely. When people are working away from their home environment there is often a pull to return where things like support from the wider family are available.” Dykzeul said Fricke flagged his intention to depart a month ago.

With Fricke to depart at the end of the year, Bauer Media is currently recruiting for a replacement . Michael Fuyala, head of digital at Bauer Media NZ, will oversee the Australian Xcel team alongside Dykzeul in the meantime.

As to reports Bauer would be exiting its custom business completely, which could affect the future of the partnerships with Myer and Weight Watchers, Dykzeul said: “Custom publishing is a difficult area and the business is only as good as the contracts you have. We have contracts in place and we will keep publishing until we no longer have a contract.

“One of the errors of judgment perhaps was Bauer Media Australia set up a big division to publish contract titles and perhaps the level of business wasn’t quite there. We have reduced that part of our business.”

A merger of Australian major magazine publishers has long been rumoured, but Dykzeul said the term consolidation was something thrown around too much by commentators.

Without linking Bauer to any potential deals, Dykzeul said: “The only thing that is absolutely certain is we will see more consolidation in the industry – and that is something that will happen across every sector of the media. And we are not alone – every company in the world is going through what we are going through.”

Dykzeul admitted to being surprised by the level of sniping about Bauer and other publishers. “It is almost as if some people are pleased to see the end of newspapers and magazines and other media. It would be a pretty dull bloody world without them. The more diversity of media we have, the better off we are.”