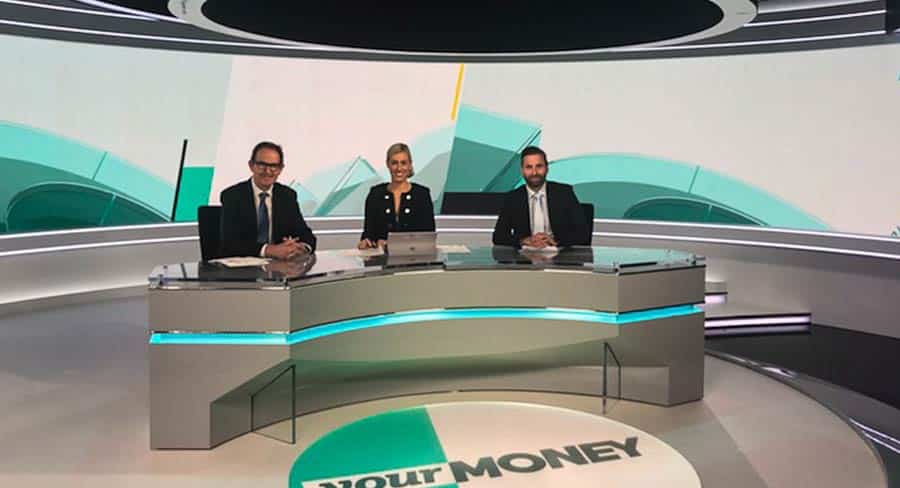 One of Australia’s biggest-selling and best-known magazines had a birthday this week. Bauer Media’s Woman’s Day has turned 70. The magazine celebrated by taking readers into its archives… and a cash giveaway! It’s a good news story in the sector when the headlines often surround closures or staff exits. To talk about magazines and their place in the market is the commercial director of Australia’s biggest magazine publisher, Bauer’s Paul Gardiner, joined Leanne Jones and James Manning on Your Money this week. Is Woman’s Day an example of how magazines can survive?

Absolutely. We have 1.3m readers consuming Woman’s Day and spending on average over an hour with the magazine every week. That is quite incredible when time spent viewing in the digital space is about seven or eight minutes. The title still has a special place in readers’ hearts. You can get that content in other places, but it is hard to replicate the print experience.

Woman’s Day attracts a lot attention for its celebrity coverage – not all of it flattering. How important is the celebrity power to the title?

Woman’s Day tends to get a hard time from its media competitors. Its readers know that it is not a current affairs title, but an entertainment magazine.

The celebrity component of Woman’s Day is actually only a small part of the magazine. One in two readers of the title turn to it for its food content. Celebrity tends to get overblown in the context of the magazine.

What are the categories that are key to Bauer and attract advertiser support?

The categories we focus on at Bauer are those high-engagement categories, those points of passion – food, homes, lifestyle, fashion and beauty. People spend a lot of time consuming content in those categories and therefore advertisers want to be part of it.

The sector ad revenue numbers indicate serious drops in ad spend. Did some of the brands who used to support magazines exit too quickly?

When I came to this market I scratched my head around performance of readership versus ad performance. There is definitely a disconnect there. On average our readership across our portfolio has dropped by about 5%-7% over the last five years. Agency revenue in magazines has declined on average about 30%.

Do other markets where Bauer operates face the same challenges?

Globally all traditional media owners have the same challenges – chasing and protecting audiences as they continue to fragment.

How does Australia stack up compared to other mature print markets?

Readership is extremely high in this market. It is one of the highest read markets in the world. From an advertising side we don’t have the same strength as most developed magazine markets. On average our share of the market is around 2%. In most developed markets the magazine ad share is around 4%-5%. We have a job to do there. We take responsibility for that and part of our strategy this year has been to give advertisers a reason to come back and have a look at magazines and a look at Bauer.

What is Bauer doing digitally? Initially publishers tried magazines on tablets but that didn’t work. What is Bauer’s strategy now?

We are relatively new to the digital markets. We have only been in the digital market with our brands for three years. Sometimes being late to markets can be a real advantage because we have learnt from other people’s mistakes. We have a two-stream strategy: a brand community strategy with our specialist brands, for example Elle and Harper’s Bazaar. In the more generalist categories we go for a category play in the digital space. For women’s lifestyle we have Now To Love and with homes we have Homes To Love.

We have just recreated our new food offering in the market, which was Food To Love but is now becoming WomensWeeklyFood.com.au, which is leveraging on the strength of The Australian Women’s Weekly heritage in food.

How are you going monetising your digital audience?

Unless you are Facebook and Google, media owners face challenges in that area. Our digital audiences have grown roughly 35% year-on-year and as a result revenues have grown. However, a reliance on banner and display advertising for us is not sustainable going forward. We are looking at new opportunities and revenue streams like e-commerce and content plays.

What are some examples of titles thriving into the future?

A really good example is Take 5, a monthly title we have just launched. We have just had the first readership number come out at 750,000. It just goes to show if you do your research, and find the right market, there is still growth.

Are there any encouraging signs when it comes to younger readers?

We are seeing an increase in young female readers in our portfolio that is driven by Elle and Harper’s Bazaar. There is an opportunity in the young women’s space, but it won’t be the same content pillars that Cosmopolitan represented in the market. It will be a new product that represents changing reader needs.

Print for us is an important part of the business. For us the print brands will underpin everything we do in the market. That’s where the equity lies in our business and the model in the future will be what else can we do around them.

Watch Bauer’s Paul Gardiner on Mediaweek on Your Money here.