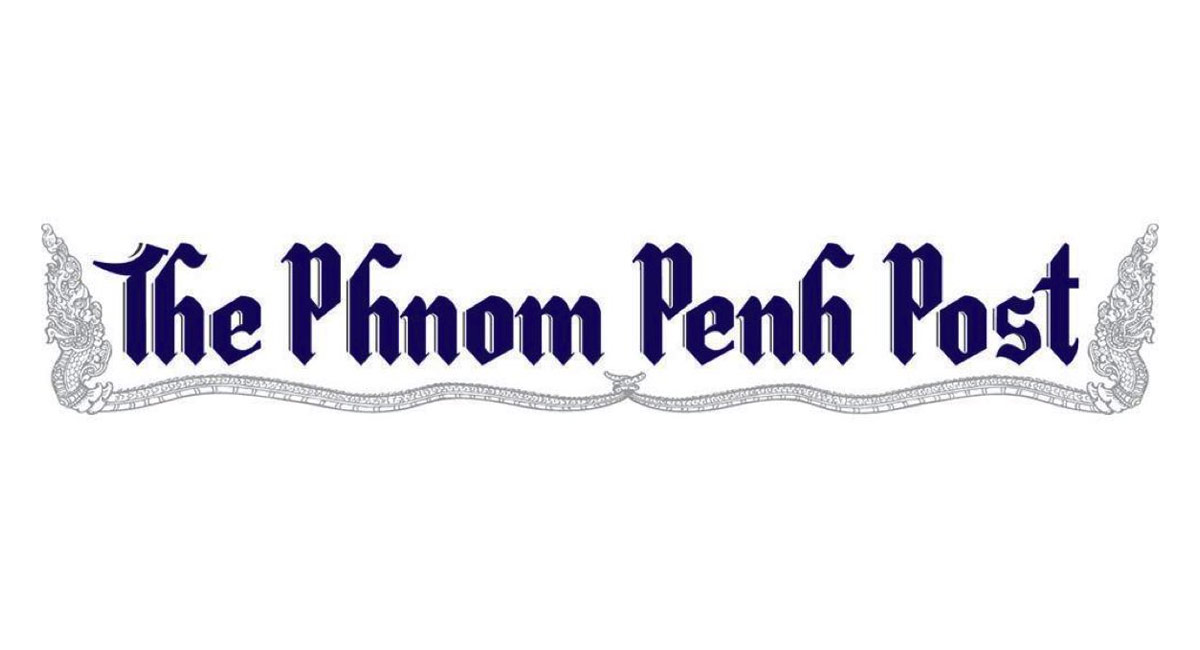 There were dramatic scenes at the Australian-owned Phnom Penh Post last Thursday when police and court officials entered its offices to enforce a court judgment to collect more than US$264,836 (A$344,814) that was awarded to former Post CEO Chris Dawe – a former Victorian Liberal Party candidate – in an unlawful dismissal case that is on appeal.

After negotiations, officials gave the Post 20 days to pay, with the new deadline being April 24. Assets at the Post’s newsroom and at its printing factory were inventoried so they could be seized and sold in case of nonpayment.

In mid-February this year the Post lost an appeal, and the Appeals Court ordered a “temporary implementation” of the judgment. This allows authorities to collect money or to confiscate property, for example, even if a final appeal decision has not been reached at the highest court.

The Post does have another appeal under way with the Supreme Court. The company also filed a request to delay the enforcement of the court’s ruling last week.

The Australian-owned Phnom Penh Post has responded to swirling rumours that it has been the subject of an acquisition by mainly Malaysian interests.

The Post’s CEO Marcus Holmes (pictured) said, “The Post is in discussion with another party about an investment. This type of discussion has happened many times in the 25 years that the Post has been operating.

“At this time, the Post can confirm that the discussions are ongoing, and remain confidential, with all parties bound by non-disclosure agreements, as is normal for these types of talks.”

The Perth-based publisher of the Post, Bill Clough, said, “The Post is open for business, and welcomes discussions about investment in our strong brand here in Cambodia.”

The Philippines’ leading magazine publisher, Summit Media – which launched its first magazine in June 1995 – will no longer publish print editions of its magazines, which include Cosmopolitan, FHM, Preview, Top Gear, Town & Country, and Yes!

The company said, “This month, Summit Media completes its full digital transformation. The 450-strong company can now be called digital first as it bids farewell to its magazine past, closing the six remaining print editions of brands already thriving online as Cosmo.ph, Preview.ph, Pep.ph, Topgear.com.ph, FHM.com.ph, and Townandcountry.ph.”

Summit Media president Lisa Gokongwei-Cheng commented: “As we embark on our new journey towards a wholly digital future, we look back at the values that made us successful, and one thing that stands out is our respect for our audiences. Our brands, each with its own strong voice and well-defined identity, have resonated with our audiences because they stand for something, which is why for 23 years Summit published the most successful and well-loved magazines in the country’s history.

“Today, we embrace the way our highly connected audiences now prefer to consume content. As we follow them from print to digital, we will continue our relentless pursuit and delivery of quality, up-to-the-minute content and a dynamic and engaging editorial experience, this time aided by data, which now pervades and informs many of our editorial decisions.

“In the past three years, Summit Media has become the leading creator of digital native advertising content in the country, generating more volume than all our competitors combined. On top of this transformation, the company’s other pillars – out-of-home (OOH) media, book publishing, and content marketing – remain robust.”

The hearing began on March 23 when the court began trying the case against Krisher-Steele, who accused Cambodian tax officials of leaking a copy of the paper’s US$6.3 million (A$8.2 million) tax bill and other confidential tax documents to the Fresh News website.

The Khmer Times reported that in an email Krisher-Steel urged people to come to today’s hearing. “Please come to my trial, even though it is the day before Khmer New Year, and you will be able to find out what I think about this case,” she said.

The Cambodia Daily ceased operating in September after 24 years.

Time Out in Chinese for Hong Kong

Time Out launched its quarterly traditional Chinese language Time Out Hong Kong magazine on April 10, with a circulation of 150,000 copies aimed at both visitors and locals. The launch of Time Out’s first local language print publication in Hong Kong follows the relaunch of the English language Time Out Hong Kong magazine and the launch of its traditional Chinese website last year.

Tim Webb, MD Asia of Time Out Digital, said, “The new title complements the existing digital platforms, social media and English language Time Out Hong Kong magazine and will offer our advertisers further opportunities to reach an engaged, experience-hungry audience, of which 95% go out and do something after engaging with Time Out.”

In February it was announced the show was set to air on Chinese-language Channel 8 in Mandarin as English rights were originally not available. When potential applicants were asked online to rate their fluency in Mandarin, controversy erupted because Singaporeans felt it discriminated against non-Chinese-speaking participants and viewers. Singapore has four official languages – English, Mandarin, Malay and Tamil – but people mainly communicate in English.

Motion Content Group then announced that “following further negotiations” the program would now air in English “and reach a more diverse audience”. The studio’s website promises to create “highly snackable, highly addictive, bite-sized content for the Sweet ‘Ain’t nobody got time for that’ Browns of the world”.

Before iflix, Galvin was executive producer on global campaign, Louder Together, for the NGO, Global Citizen. He was also founder of Australian digital company, The White Agency, now whiteGREY.

Astro Malaysia Holdings’ net profit rose 25% to RM181.79 million (A$61.1 million) for the fourth quarter ended January 31, 2018, due mainly to lower net finance costs because of favourable unrealised forex gain. But its revenue was 0.7% lower at RM1.39 billion YOY. During the period, Astro’s total customers grew by 7% to 5.5 million, an increased TV household reach from 71% to 75%, primarily driven by NJOI, Malaysia’s first subscription-free satellite TV service, which had a revenue growth of 21% for the year.

mm2 partners with SPH for launch

Singapore-based Entertainment company mm2 Asia is partnering with Singapore Press Holdings to create a lifestyle, entertainment and news portal. mm2 announced that it had entered into a binding term sheet with SPH to set up a joint venture which will engage in digital editorial and video creation under the AsiaOne brand. mm2 and SPH will hold 51% and 49% equity interest respectively in the joint venture, which will have a paid-up capital of S$1 million (A$992,000).

mm2 last year announced a deal to buy Cathay’s cineplexes subsidiary, which runs eight cinemas in Singapore, after its attempt for a 50% stake in Singapore’s Golden Village cinema chain owned by Australia’s Village Roadshow fell through.

Art of Craft, now in production, will be broadcast on CCTV9 later this year and is available for pre-buy at MIPTV 2018 via Blue Ant International.

Indonesian Communications Minister Rudiantara last week threatened to shut down Facebook if it fails to crack down on fake news during upcoming elections, or if there is any evidence that the personal data of citizens is being collected. “If I have to shut them down, then I will do it,” Rudiantara said, noting Indonesia had earlier blocked the messaging app, Telegram.

On April 2, Malaysia passed a law that would punish citizens on social media or those working at a digital publication for spreading fake news with a 500,000 ringgit (A$168,000) fine and a possible a prison sentence of up to six years.

In Singapore, activists criticised a parliamentary committee that is examining possible legislation to combat fake news. A 10-member committee was set up in January to tackle online falsehoods, which the government says can threaten national security.

Nielsen reports that Thailand’s ad spend had dropped 7.15% in the first two months of 2018, but the Media Intelligence company predicts a rebound this year. Media Intelligence director Pawat Ruangdejworachai forecasts total 2018 ad spend of 91 billion baht (A$3.7 billion), an increase of 6% from last year, which he said “was considered the worst level the industry has seen since 2010”. Nielsen reported that the 2017 ad spend was 101 billion baht, 10 million baht higher than Media Intelligence’s prediction for this year’s growth. Nielsen also reported that 2017 ad spend, although down 6%, was an improvement on 2016’s ghastly 12% ad spend plunge.

• The governor of Thailand’s Chiang Mai wants criminal charges laid against English-language magazine Citylife Chiang Mai for posting a “blasphemous” painting on Facebook showing ancient kings wearing pollution masks to promote a rally to tackle the annual toxic haze. The Bangkok Post reported that police were investigating the case, while the magazine said its Right to Breathe campaign was cancelled.

• Shares in iQiyi, Baidu’s Netflix-style Chinese video streamer, dropped in their trading debut after the company raised $2.25 billion in a US initial public offering on March 29. IQiyi’s filings showed it had 421 million mobile users at least once a month with 126 million logging in at least once a day, making it the most popular video streamer in China.

• TicToc, Bloomberg’s 24/7 Twitter news service, which launched on December 17 last year, has now expanded into Asia with a dozen journalists working out of the Hong Kong newsroom.

• Astro is Malaysia’s official broadcaster of the 2018 FIFA World Cup Russia, with coverage on Astro, Astro GO and NJOI Prepaid. Astro has also launched its World Cup Channel Pass, which gives all 64 live matches in HD. • The newly launched BBC Studios is developing new production opportunities in Beijing. Executive producer Matthew Springford, who has extensive program-making experience, will be based at the BBC office in Beijing with the BBC Studios’ distribution team and will be working with Chinese TV stations and digital platforms to co-develop and co-produce original programs and new formats.

• iflix is premiering the Korean breakout hit, Grand Prince, and will feature new episodes weekly every Monday and Tuesday, 24 hours after the initial TV broadcast by TV Chosun in Korea. iflix group chief content officer Sean Carey said, “This is yet another attempt to satiate the unending appetite for historical Korean drama we observed around the region.”

• China will merge its state television and radio stations to create a new broadcaster that will be one of the largest in the world. Chinese state media reported the merger of China Central Television (CCTV), China Radio International and China National Radio under a single network to be named Voice of China, echoing its US counterpart, Voice of America.

• KKR-backed pan-Asian media and entertainment investor Emerald Media has bought a significant minority in Global Sports Commerce for about $80 million (A$104 million). This comes a month after GSC and affiliate Techfront received funding to support acquisitions of Screencorp in Australia and Oled & Carnegie in New Zealand. GFC is partnered with many world sports bodies, including NRL Australia, AFL, New Zealand Cricket, and Cricket Australia.

• iflix has appointed Luis Duran as global head of partnerships to help accelerate the company’s growth. Duran previously worked at Portuguese mobile payment service provider TinWe Group, and before that he was with Delta Partners for 10 years.