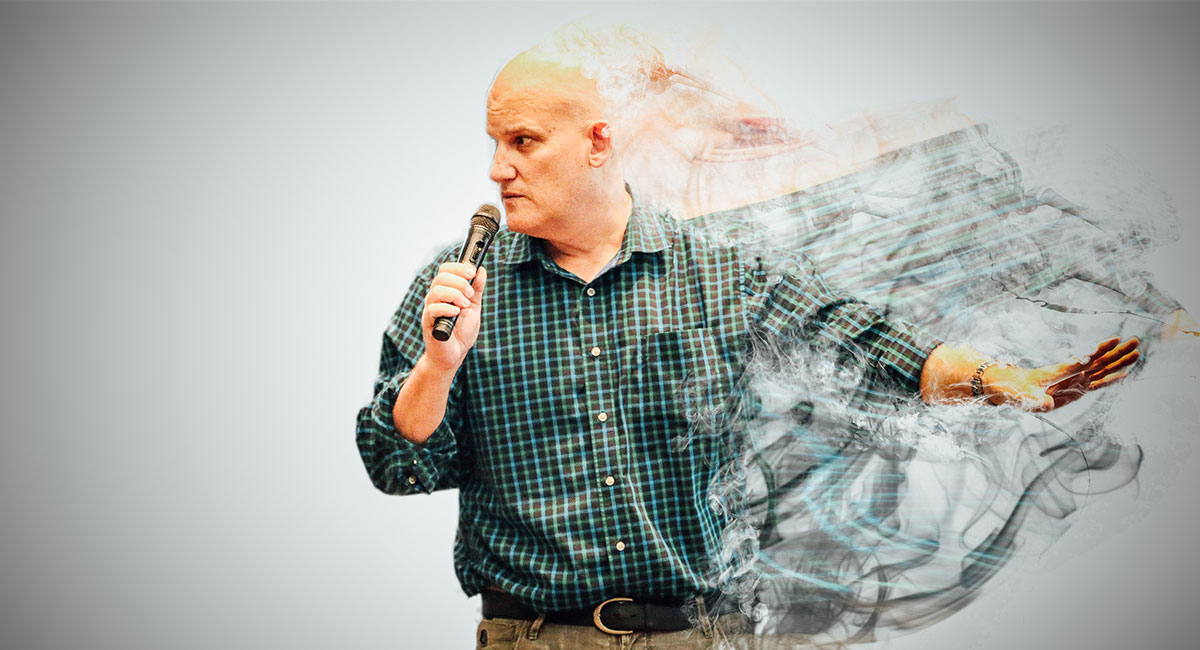 ‘I’m about to star in a Thai horror movie.’

Aussie expat Andrew Biggs is big in Thai media. He’s high-profile and he’s hot, having been voted by the Thais in 2008 as one of the coolest bald men, alongside Bruce Willis and Thai journalist Suthichai Yoon.

And while the many of the people milling at Thailand’s international airports may not have heard of him, they certainly hear him now, loud and clear – over the PA system.

“I’m the dulcet Australian tones you hear while waiting for your number to be called at immigration,” he told Mediaweek.

He’s also about to embark on a big project of video on demand teaching courses online, plus there’s talk of a new TV show.

“Oh, and I’m about to star in a Thai horror movie,” he says, “Actually it’s a comedy-horror, about a foreign couple being haunted by Thai ghosts.”

Just reading Biggs’s CV is exhausting. His first Thai media job was with news outfit Nation Multimedia Group, where after a bit he launched a junior magazine for high schoolers. He hosted Thailand’s first English talkback radio program in 1995, and in 1997 wrote a best-selling Thai-language book, which he followed up with another, which sold 200,000 copies. All up he’s now written 19 books, all in the Thai language, except for one.

He hosted a morning TV program, Talk of the Town, for nine years, and hosted Weekend News on TV for three years, portrayed himself in the movie SARS Wars, won two awards for excellence in using the Thai language (a first for a westerner both times), hosted the daily English Minute TV program as well as various news and educational radio shows, writes columns for the Bangkok Post newspaper, Filmax magazine and Kom Chad Luek newspaper, and starred as a monk in a Thai TV comedy series The Digital Monk, which ran for two years. And he’s hosted radio shows on two FM stations. He owns and runs the Andrew Biggs Academy that teaches English at all levels and runs workshops and seminars, and owns Khroo Chang Publishing.

He’s done a lot, but says he probably most enjoyed the morning TV show, Talk of the Town.

“That ran for nine years and shot me to alleged stardom,” he says. “I shared a stage with a puppet, a bird that sat on the window ledge as I taught English. It was a lot of fun, though after nine years I was happy for it to end.”

Biggs began his media career in Brisbane, where he grew up, with a cadetship at The Courier-Mail, which then sent him to Melbourne as its correspondent for two years. He worked in Sydney for The Sydney Morning Herald, then back to Brisbane for Macquarie National News radio for a short time, then back to The Courier-Mail.

In 1989 he left Brisbane, bound for London. But his initial two-day stopover in Bangkok morphed into two months. He then went to London, but returned to Bangkok after a week and taught English at a school for a year before being hired by The Nation newspaper.

That job led to TV work – Biggs was sitting in the editor’s office when a sales rep said a Bangkok bus network wanted to make a daily TV show that teaches English. Biggs says, “The editor turned to me and asked, very casually, ‘Could you do that, Andrew?’ “I suggested I had a face that was ideal for radio but yes, I’d give it a try. And suddenly Bangkok commuters were asking who was this bald-headed foreigner teaching them how to tell foreigners to buzz off, and other stuff.”

Part of Biggs’s success is the knack of being in the right place at the right time.

He’s a columnist for the Bangkok Post’s Sunday edition, and in a column in March he explained how he first became a columnist.

In July, 1993, Longman published a new English dictionary, defining Bangkok as a city known for “its Buddhist temples and a place where there are a lot of prostitutes”. This prompted academics to suggest book burning and police to ban the publication.

This March, Biggs wrote, “A weekly political magazine asked me to write a column, in Thai, about my take on the whole thing. It was my first attempt at a column in Thailand, and talk about starting off with a bang, if you’ll excuse the pun.

“In that short column I argued that Longman was wrong to define Bangkok as it did… but could you blame them?”

The notoriety of Biggs’s comments on top of the notoriety about the dictionary’s comments helped establish Biggs as a columnist, and almost a decade ago he began writing the Bangkok Post English-language column.

“I guess I’m also proud that I’ve been able to churn out a weekly column, in English, for nine years,” Biggs says. “That’s a long time.”

Of course, with all that high-profile media activity, Biggs attained celebrity status.

“I think it’s hilarious that I am perceived as a celebrity,” he says. “I admit I went through a period, some 10 years ago, where I think it had an adverse psychological effect on me.

“But I’m older now, and I think it’s kind of funny. The only downside is I can’t really get drunk and dance with lampshades on my head – not in public, anyway.”