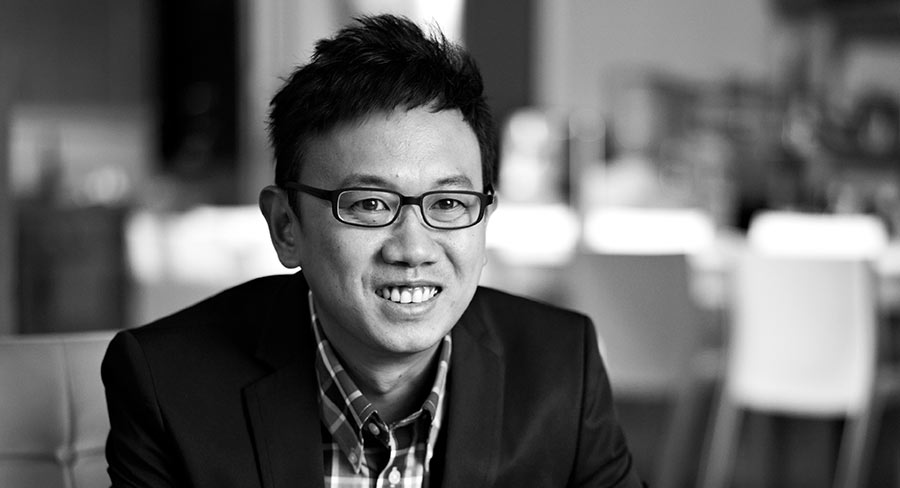 Former Australian radio broadcaster Andy Grace has been working the Southeast Asia circuit, promoting the Andy Grace Media app, a new system he’s developed for recording, editing and filing audio and video news stories from the field. In Australia, Fairfax Media and AAP are already using the app for news gathering, as are several sporting organisations that have begun their own channels. Last month Grace was in Singapore at Broadcast Asia, demonstrating the technology to APAC news media organisations. Grace told AsiaRadio that he has developed a really simple user interface “so non-professional users can gather the best quality content”. He added, “Sky Racing has been using it for hostings out of Hong Kong. The aim has been to make it as simple as possible on the content gathering side, but super powerful in the cloud.” After Singapore, Grace went to Bangkok as part of a Victorian Government-backed trade delegation to the two major broadcast technical conferences in the region.

Singapore Press Holdings posted a 64.3% increase in its third quarter net profit to S$47.4 million (A$47 million), compared to S$28.9 million for the same period last year. Nine-month net profit rose 15.6% to S$148 million. Media revenue declined, but SPH CEO Ng Yat Chung said, “As we continue to sharpen our media capabilities in the face of digital disruption, we are seeing early signs of a slower decline of our media revenue.” He added that the decline was slower as the group pressed on with its efforts “to face its digital challenges head on”, with promotions driving up digital circulations and an e-paper, a PDF version of the Straits Times print version, notching up more than 37,000 unique readers.

The Radio Audience Measurement 2018 in Malaysia by GfK in partnership with Commercial Radio Malaysia revealed that radio is reaching more listeners by race, compared to the previous survey in the second half of 2017. The overall weekly reach increased for all races, especially Chinese, with growth up from 4.8 million to 5 million listeners – a 3.4% increase. The results also show that radio reaches 14.7 million of its listeners at home, accounting for 70% of the population in Peninsular Malaysia, while 2.7% more listeners are tuning in from their car compared to the previous wave of the survey. Weekday drive time shows and weekday breakfast shows had the highest listenership of 14.1 million and 13.6 million respectively. Mediacorp has named Angeline Poh as chief corporate development officer, effective September 1, to help develop and drive Mediacorp’s medium- to long-term strategies in consultation with key stakeholders. Poh will also identify and pursue key international partnerships to expand the company’s reach outside of Singapore. Poh joins Mediacorp from Infocomm Media Development Authority (IMDA,) where she was assistant chief executive and launched the Future of Media plan, aimed at developing a future-ready media industry. She has overseen the implementation of Singapore’s public service content strategies, working closely with Mediacorp to increase the reach of the company’s Public Service Broadcast content.

Singapore’s Mediacorp has made two more new hires to strengthen its “organisational capability and deepen its engagement with consumers”. Oliver Chong will join Mediacorp as head of consumer marketing, reporting to chief marketing officer Debra Soon. He will help to create a coherent marketing strategy. Chong signs on from StarHub, where he was brand experience vice president and where he worked for the last 18 years. He has won numerous awards and is president of Singapore Advertisers Association.

Also signing on at Mediacorp is Sabanitha Shanmugasundram, who will be head of Indian Audience, reporting to chief customer officer Irene Lim. She will lead Mediacorp’s drive to increase its audiences and revenue in the Indian segment. She started her career as a journalist in the UK and previously worked for Mediacorp from 2006 to 2013. For the last three years, she was director of creative services at a media consultancy, working on the launch and rebranding of broadcast networks in Asia. Thai state-owned public broadcaster MCOT is investing 650 million baht (A$26.4 million) to enhance its digital TV broadcasting reach, following switching off its remaining analogue broadcast signals on July 16. At switch-off time MCOT’s digital coverage area had reached 95% of the population. The funds to enhance its digital presence are part of MCOT’s use of its proceeds from its IPO this year.

Mediacorp chief executive Loke Kheng Tham has quit the advisory board of the Asian Television Awards, ending Mediacorp’s heavy involvement in the awards in previous years. ContentAsia said, “The latest development is being seen as part of a broader initiative by Singapore agencies to distance themselves from the awards event, operated by Active Marketing and Events Pte Ltd (formerly known as Asian Television Awards Pte Ltd) and the awards chairman, Raymond Wong.” Earlier, the Singapore government’s Info-Comms Media Development Authority (IMDA) ended its awards sponsorship, which will effectively axe the event from the high-profile annual Singapore Media Festival.

Singapore Press Holdings, through its wholly owned subsidiary SPH Invest, has partnered with Singapore-headquartered mm2 Asia to jointly operate online news site AsiaOne, introducing more lifestyle and entertainment content to the 23-year-old entity. Singapore-based AsiaOne was founded in 1995 by SPH, and provides online advertising and interactive marketing opportunities to marketers, including banner advertising, mobile advertising, electronic direct mailing, viral marketing gateway, and sponsorships. AsiaOne was relaunched in May 2017, and focuses on social news and trending topics in Singapore, Malaysia and the region.

• Singapore publishing company Media Group, which launched earlier this year, has bought Magazines Integrated and its gourmet lifestyle titles epicure Singapore, epicure Indonesia and its website epicureasia.com, effective today. Epicure Singapore launched in April 2010, and the July 2018 issue is its 100th edition. Media Group, a subsidiary of KHL Printing, is also the parent company of Asian Geographic Magazine, which operates as a standalone.

• Vice Media has appointed Serene Lee as head of sales for APAC. She will be based in Singapore, where she will report to APAC CEO Hosi Simon. Lee’s previous jobs include senior vice president of Forbes Asia, assistant vice president for Citigroup Singapore and regional account manager at AXN Asia and Asiaweek. • Facebook has bought the rights to all English Premier League football matches for several Southeast Asian countries from next year until 2022, according to The Times of London. Facebook won the rights in an auction, and will pay about £200 million (A$355 million) for the live broadcast rights in Thailand, Vietnam, Cambodia and Laos.

• Australian filmmaker and journalist James Ricketson, who has been in jail for just over 12 months in Cambodia, has apologised to Prime Minister Hun Sen in a letter to the Khmer Times for his “disruptive and ill-informed statement made from a place of foreign naivety and ignorance about the complexities and difficulties of governing Cambodia”. Celebrities such as Sam Neill, Greta Scacchi, Bryan Brown and Rachel Ward have appealed on behalf of Ricketson, who was arrested in June 2017 while flying a drone over an election rally in Phnom Penh.

• Southeast Asia’s real estate portal PropertyGuru Group has appointed Joe Dische as chief financial officer to help expand regional growth. Dische will be responsible for the group’s finance functions in Singapore, Malaysia, Thailand and Indonesia. Dische was formerly CFO for iCar Asia, and before that he worked for Vodafone Hutchison Australia.

• China’s Tencent said in a filing to the Hong Kong Stock Exchange that it plans to spin off its online music streaming business Tencent Music for a separate listing in the US. This move could also profit Spotify, an investor in Tencent Music and its strategic partner in China.

• A Media Partners Asia report reveals that the value of sports media rights in Asia Pacific, excluding China, is on track to reach US$5 billion this year, a YOY increase of 22%. The rights spike is partly due to increased demand for digital rights and market growth in India and Australia and from rights to FIFA World Cup in Russia.

• Hong Kong-based Celestial Tiger Entertainment has debuted Miao Mi, the Mandarin edutainment channel created for preschool kids across Asia, in the Philippines on SKYcable. Miao Mi programs come from leading children’s content providers, primarily from China, Korea and Japan, and are all dubbed in Mandarin. Miao Mi also features its own shows. • Cambodia’s National Election Committee issued IDs to 910 journalists from 92 media outlets to be the observers for the 6th National Assembly elections to be held on Sunday July 29.

• Chinese homemade video app Tik Tok is no longer banned in Indonesia following an agreement with the Communications Ministry to censor “negative content” deemed pornographic or blasphemous. Tik Tok also agreed to open an office in Indonesia and to set up a team of 20 censors in Indonesia to sanitise content.

• Reuters journalists Ko Wa Lone and Ko Kyaw Soe Oo were officially charged on July 9 in a Myanmar court under the colonial-era Official Secrets Act, which punishes anyone who “obtains, collects, records or publishes or communicates” state secrets. If found guilty the duo face a maximum sentence of 14 years’ prison.

• DealStreetAsia, quoting from a discussion with iflix co-founder and group CEO Mark Britt on the sidelines of Wild Digital 2018 in Kuala Lumpur, said Britt wants to raise at least two more financing rounds before going public. Britt also said that last year iflix broke even in Indonesia, its biggest and fastest-growing market.