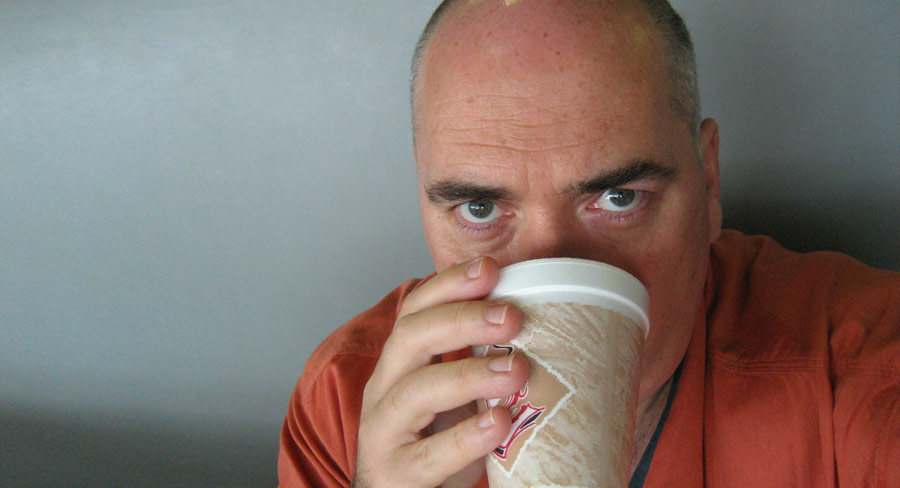 ‘The people with the best English have opportunities that pay much better than journalism.’

Southeast Asia has long been a favourite watering hole for that now-endangered species, the Aussie newspaper sub-editor.

Veteran Australian newsman Brett Debritz, who has sort of bookended his career with two subbing stints in Bangkok that were six years apart, told Mediaweek: “Subs are hanging on in Thailand, and in English-language newspapers in other non-English-speaking countries, because they are essential. Few Thais have a good enough command of English to sub, and even fewer would want to do it. The people with the best English have opportunities that pay much better than journalism.”

But Debritz himself is not a big fan of subbing in Thailand as a career – he reckons it’s something you can take or leave and he’s just left it. In July last year he signed on as sub-editor with one of the two English-language dailies in Bangkok, The Nation (the other is the Bangkok Post), and this July he pulled the plug.

“I was actually going to semi-retire in Thailand this time around, but an opportunity came out of the blue to work at The Nation and, when similar frustrations to those I’d had at the Post arrived, I decided to follow my original plan,” he says. “I stayed a year and I learned a few things, but I knew I wasn’t ever going to be in a position to make a difference.”

Asia originally called when Debritz was undergoing a personal crisis.

“Until 2007, I’d spent most of my career working in Australia, mostly with News Ltd – Daily Sun, Sunday Sun, Daily Mirror, Sunday Telegraph, Brisbane News, Queensland Sunday Mail – but also APN and the ABC, with two working holidays in the UK and in Hong Kong with the South China Morning Post,” he says.

“When my marriage broke up, I decided to leave the Sunday Mail, where I’d been for seven years in various roles – subbing, rewriting and section-editing – and go to China.”

He worked for eight months at the Shanghai Mail, then quit and travelled in Europe and the UK and then “a brief return to Australia to work for Pagemasters, which is both the future and final resting place of subbing as a career in Australia”.

Then came Thailand. He arrived in Bangkok in early 2000 to teach English, and the language school was in the middle of bloody confrontations between Red Shirt protesters and police.

“I soon found myself doing live reports about that for Australian radio stations,” he says. “I also went in one night to the Bangkok Post offices to see a friend on the subs’ desk. The then-chief sub, Robert Johns, asked me if I’d like to do a shift. That led to a full-time job.”

He’s scathing about the editorial standards of the Post but, despite that, he did have some rewarding experiences.

“Helping to create the Bangkok Post’s Life features section was a highlight, which brought together several sections – entertainment, travel, motoring and so on – into one daily liftout,” he says.

“Although it was often frustrating, there was that rare thrill of being involved in something new, and of working with some very good people, including Kong Rithdee, who is one of the smartest and best writers I’ve encountered in this part of the world.”

Ultimately after 18 months the frustrations outweighed the rewarding and Debritz set off for Abu Dhabi to work on the English-language daily, The National, for five years.

“The upshot was that I was unhappy [at the Bangkok Post]. There is only so much you can do as a sub to make a product sing,” he says.

“I was chief sub of the features section, but I often felt that I did not get the level of cooperation I needed to do the job properly. Roadblocks included writers who wrote very poorly but would not adhere to agreed deadlines so their copy could be polished, and managers who wouldn’t or couldn’t manage their staff.

“This is a problem across workplaces in Thailand. Some of this is due to the complexities of society where social hierarchies can take preference over work roles.

“In retrospect, I was wrong to insist so heavily on standards that were not only unachievable – they weren’t even understood.”

A couple of other factors disillusioned Debritz about the Thai media working culture.

“There’s no sense of excitement or urgency in a Thai newsroom even when there’s a big breaking story,” he says. “Also, there was no prospect of further promotion, as senior positions are restricted, by law, to Thai nationals.”

Now, having quit The Nation, Debritz is sampling the simple joys of Thai beach life.

“I’m having some ‘me’ time on a beach in Thailand, trying to lose weight, gain fitness and create some personal projects that I’ve been delaying for too long,” he says.

“Having said that, I’ll be available for freelance work, and maybe a permanent gig down the track. I’m on Twitter and Facebook, and I’ll be blogging and probably podcasting about my ongoing adventures.”