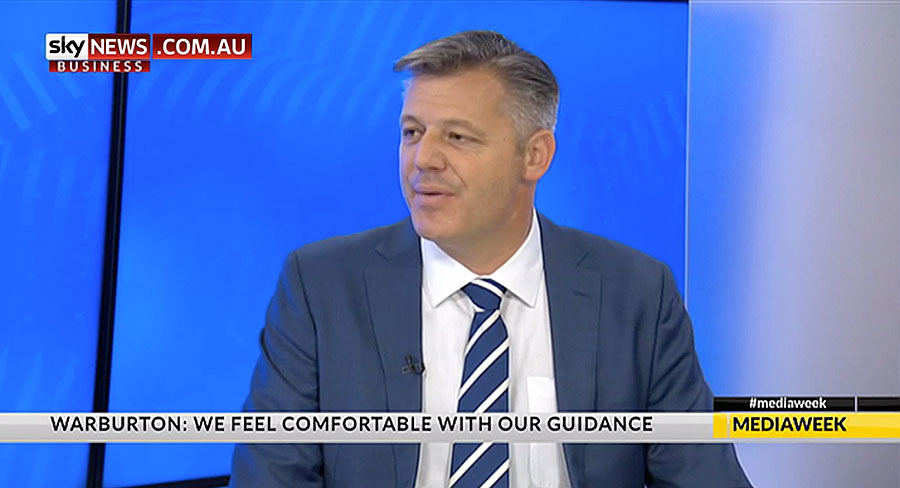 ‘We have been very aggressive going after a number of new contracts.’

“We have been very focused on the turnaround of the company. With that we have been very aggressive going after a number of new contracts. And we have had some good success in that area.

“However, we aren’t in a number of [outdoor] categories – retail is one and street furniture is another.”

Warburton didn’t want to go into too much detail about the recent offer for Adshel, but he did tell Mediaweek “we regard it as an attractive asset. We have looked at a whole raft of things, as have other media companies.” As to what attracts APN Outdoor to the street furniture sector, Warburton said: “For us it is at the beginning of digitisation. If you look at how the panels are rolling out, it is quite early for street furniture. As a location-based medium it would be a nice complement to the reach building we do with billboards, airports and products like cross-track TV. It does complete the suite of the different sectors of the market.

“It is about having a holistic offering across a number of segments. If you look at the way outdoor is currently purchased it is about briefs on a format – whether it be large format or street furniture or transit.

“The opportunity for APN Outdoor is to sell audiences across the various sectors and to have a much stronger communications-solutions piece for clients as opposed to just buying a single campaign.”

Warburton confirmed that it had offered HT&E $500m for Adshel subject to due diligence. “It comes back to is it accretive for our shareholders and what are the synergies?”

As to possible competitive concerns, Warburton said they had advice on that front that indicates the ACCC would be unlikely to block the deal.

As to a timetable for the Adshel deal, Warburton said he hoped something might happen “very quickly”.

APN Outdoor recently updated the market on its trading performance, which pleased the market despite what Warburton called “headwinds” APNO was facing.

One of those was the Yarra Trams loss with the new CEO saying: “We were able to negate that relatively quickly and consolidate and refocus.”

Warburton restated his ambition that as a sector, out-of-home grows its share of the advertising piece well past its current 6%. “We should be somewhere between 10-15% of the market. There is a lot of growth left in this sector.”

Among the new business APN Outdoor is chasing is the City of Sydney contract, which is up for review. Winning that business would be particularly sweet given the incumbent JCDecaux took away APN Outdoor’s Yarra Trams business in Melbourne.