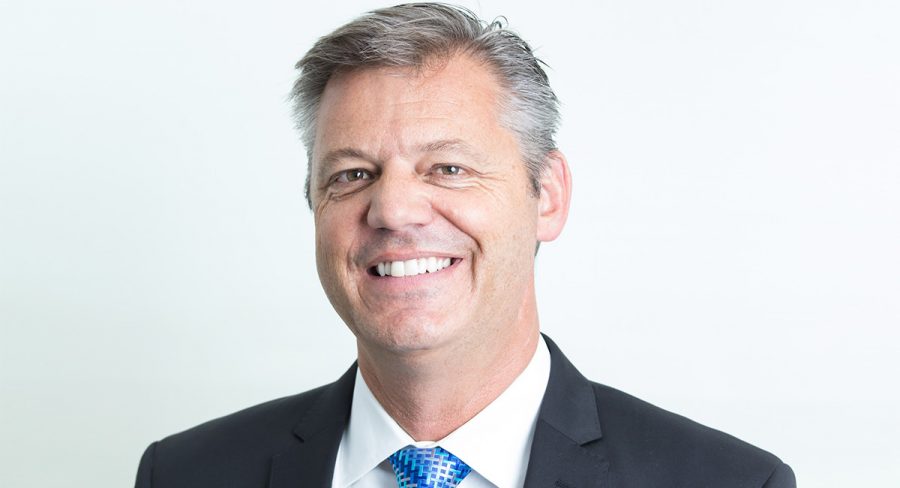 The new CEO of APN Outdoor has been setting a blazing pace since he arrived in the role late January this year.

James Warburton, a former CEO of Ten Network and Supercars Australia, has wasted no time laying out his vision for the company. Warburton has taken his to-do list around Australia as he meets with staff, agencies and clients.

Most recently in Sydney he held an APN Outdoor showcase to detail some of the plans. A few days later he presented the company’s full-year results and then unveiled a new APN Outdoor logo ahead of a full rebrand reveal later this half. Phew!

Mediaweek spoke with Warburton after the company’s results were announced in the last week of February. The interview took place at the APN Outdoor HQ, and yes, that is being remodelled too!

For us it was a very credible result with a 4% lift in earnings and $90.3m of EBITDA. It was a really challenging year though with the failure of the merger with oOh! and in addition there was the transition from the long-term CEO [Richard Herring, who departed in September 2017].

Those things stalled the company. In media when you stall, you fall behind and that was the case for APN Outdoor in 2017.

What are your initial plans?

We are planning the forward vision and putting the right executive team in place and restructuring the go-to-market approach. The first focus is stabilising the business. We are doing that via our contracts. We have renewed Sydney Trains and we now have a low level of contracts coming up for renewal.

We have been getting around Australia and have met maybe close to 300 of our clients and agencies and shared the vision with them around our three pillars – transformation, innovation and acquisition.

What is the outlook for investors?

There is also a lot of discussion around digital. I am very passionate about the industry needing to ensure the measurement is right with digital. We have all rolled out fantastic assets and built a great portfolio across all of our businesses but we don’t yet have the audience measurement to actually deliver to our clients.

What we have done with digital is ensure clients can have a short-term campaign. We have given them a value offering with really thinking about what digital can do. We want to lead the space in thinking about future outcomes and doing a better job of selling the digital opportunity.

Has out-of-home changed much since your media agency days?

The people haven’t! I always saw that as an opportunity when I was considering joining – someone with a diversified background that does have a different approach.

When you think about the core of what we are, we are about retaining contracts and acquiring contracts.

Once we have those contracts we set about monetising them. A sales background is a very core strength in terms of our offer. We have been passive from that aspect, letting our assets do the talking.

We are a little dated in our approach. We don’t have the sophistication of the data offering that some of our competitors do.

The good news with that though is that we can catch up. We have already initiated a number of phase-one data approaches and we are putting some serious resources behind it.

How much higher than a 6% share should the sector be aiming for?

That number has been growing, but if you talk about the UK or US, the share of revenue is closer to 12%. The ambition is to help grow the industry from around $800m to maybe double that eventually. We need to educate clients and be really innovative in terms of what we bring to market. That was a big part of taking over as the Australian festival representative at Cannes Lions Festival where we can champion creativity. Warburton in action at the APN showcase

We have completely refreshed our brand and we have given a taster of that with the release of the new logo in the results package and on our social media feeds.

That refresh is about amplifying brands which is what we do. We give them a bigger impact and a smarter voice in the marketplace.

Are there opportunities for mergers and acquisitions?

There are sectors of the market we don’t operate in such as retail and street furniture. Outside of that there is diversification which some of our competitors have been doing. We have looked at other businesses and previous management have always passed on them. Now we are hungrier about particular segments of the market.

In some of the other sectors there are the same old players who have dominated the segment and it perhaps hasn’t been that attractive for others.

How much can you grow your airports business?

We have been #1 in the past. We lost Canberra Airport last year, which was worth around $400,000 in EBIT. While not overly significant to the business, there are other airport contracts coming up in 2018, 2019 and 2020 that will be renewed. We will be extremely aggressive going after those. There is lots going on in airports and we want to get back to #1.

What when wrong with the contacts the company lost before you arrived?

Since 2011 we have only lost five contracts and only one of them was really material – Yarra Trams – which we disclosed to the ASX. We have also won two significant contracts in that time. The team is actually very, very good at what it does.

A big part of the restructure is COO Andrew Hines, who has played a big role in building APN to what it is today. He is now 100% focused on retention and acquisition.

What is the timeframe for what you have planned?

It is almost impossible to put a timescale on this. It depends on how quickly you can get share back, how quickly the market grows. We will be using the old-fashioned sales techniques of getting out, shaking hands and meeting clients.

To have a completely refreshed go-to-market approach we are talking at least six months to get that properly in place.

Is there plenty of goodwill toward you and APNO from your former agency colleagues still in the sector?

Absolutely! I didn’t realise how much I missed the industry. The functions I have had around the nation have been very encouraging. Our Sydney media team won Media Rep of the Year at Mediacom. We are well respected. We just need to offer a better product, have a sharper focus and have a better go-to-market and we will do very well.