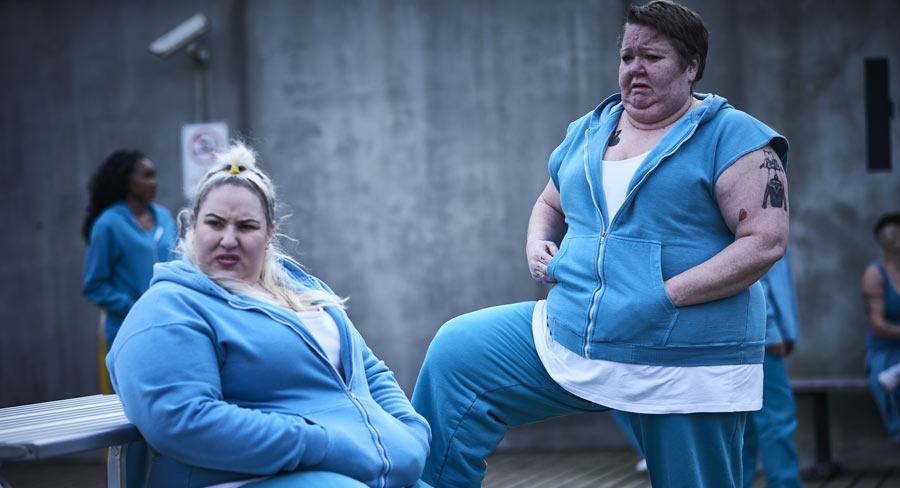 • Is Foxtel cancelling the show that just won three Logies?

There is not much more to be said about the future of Wentworth after Cameron Adams’s excellent article in the Herald Sun but let’s have a red hot try anyway. Until we get official confirmation about whether or not it’s been axed, we are all just commenting about rumours. For all we know, this might even be a stunt to gauge viewer reaction because all publicity is good publicity, right?

Describing the show’s future as being “still in negotiations” means they have already decided its future and may not be ready to break the bad news. While it seems absurd to wind up an internationally successful drama (quite rare these days) that just won TV Week Logie Awards for Most Outstanding and Most Popular, ratings are somewhat down. Perhaps the writers, known for taking outrageously bold risks, want to go out on top but the rabid reaction from fans this week should send a very clear message to Foxtel, the network that once saved A Place To Call Home in similar circumstances. A Place to Call Home

Tax concessions that will stop after reaching 65 episodes will make it more expensive to produce, but surely this is a cheaper show to make (given it is filmed mostly in a studio) than APTCH (a lavish period piece). Surely Foxtel isn’t looking to save some money after the huge cost of getting cricket rights. Sports are important but having an Aussie drama with a passionate fan base is much harder to find.

It makes perfect sense that Foxtel would want to keep such news a secret while the current series is on air but with petitions to #SaveWentworth gaining traction, what will its next move be? The immediate outpouring of love for the show suggests there could be life in the old girl yet (and yes, that could also refer to The Freak who could still rise from her grave at any point). So will Foxtel say nothing – or try to change the narrative with a different response?

That’s because an audience will forgive you if they love you enough. Look at lovable Grant Denyer, who has given several different stories about how he hit rock bottom just before Family Feud. From a stomach bug caught in the floodwaters of Brisbane to slow-moving constipation and then prescription painkiller issues, there were enough responses here for this to become a question on Family Feud, if it ever comes back from being “rested”.

Also having a rest was Ita Buttrose, who quit Studio 10 a few months back saying she wanted to spend more time with the grandchildren. This week, however, she skipped school holidays to co-host Nine’s rival morning show. Fans would never believe she is having a go at her former employer because Ita is an icon who can do no wrong. And even though Sunrise got it really wrong when they neglected to credit the ABC when they aired footage from Four Corners, its devotees don’t care about silly things like copyright. All viewers want is to see their faves on air. Whether they get their way about Wentworth will remain to be seen.