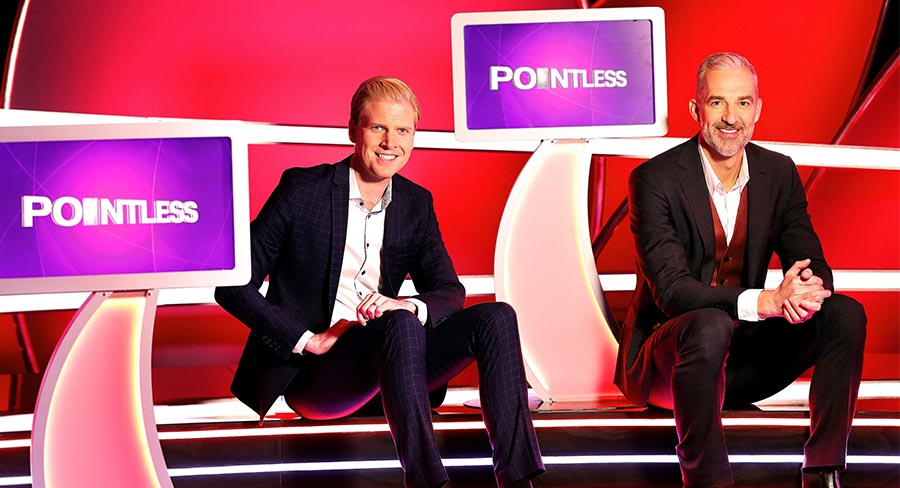 Can the UK format replicate its success in Australia?

After four years and more than 1,200 episodes of Family Feud Australia, Ten will be farewelling the show today and introducing a new game show format to its viewers at 6pm on July 23.

Pointless is a UK format that has been adapted as a 30-minute show for the Australian audience. It is produced by Endemol Shine Australia for Ten.

“We’ve tried to approach the show in a lighter vein. That’s reflected in the questions we ask, the pace and our choice of hosts.” Maier stated: “We always ask the same two very obvious questions: Do the hosts look like they belong, particularly with this specific format, and are they authentic? Both Andrew and Mark nailed the brief. They were born for this. They’re fantastic.

“Pointless is now in its 19th season in the UK, so we certainly went to great lengths to target the right people. Margie Bashfield and her team at Endemol Shine Australia tested a lot of great people here and internationally, and looked at all sorts of combinations – female/male, male/female, tall/short, left/right. It was a very detailed process and we had a lot of terrific options.”

Family Feud re-established Ten in the 6pm timeslot as an alternative to primetime news on Nine and Seven. It drew good audience numbers for the network too. Therefore, there would be considerable pressure on Pointless to keep the momentum going for Ten. “There’s pressure in every schedule in every network,” Maier said. “We’re all very proud of the Feud and we know Grant Denyer did a sensational Gold Logie-worthy job. But freshening the schedule is never a bad thing. Pointless has been on our radar for the last few years. The timing feels right.

“Pointless is an unusual format. Though it comes from the large pool of existing quiz shows, it really is antithetical to all the others. It’s counterintuitive so you may scratch your head a little at first. But that’s the joy of it. There’s nothing else like it in the market and that’s probably the key to its success and longevity.”

Maier looks to the success it has had in England, where the show has been airing on BBC for nearly 10 years. He admitted that it might take a few weeks for the Australian audience to warm up to it.

“We have several determining factors when it comes to [measuring a show’s] success and we always do a lot of analysis. Some shows jump out of the blocks and some like Have You Been Paying Attention? take a little time to find their feet and maximise their potential. We should know a lot more about the appeal and reach of the show after four to six weeks,” he said.

The show will have a straight run like Family Feud Australia. The episodes are shot in blocks. “That builds excitement in the studio for the audience, especially since the prize money jackpots every night,” Maier said.

Talking about his expectations from Pointless, he summed up: “Fingers crossed, we have launched a little show with a big, big future.”