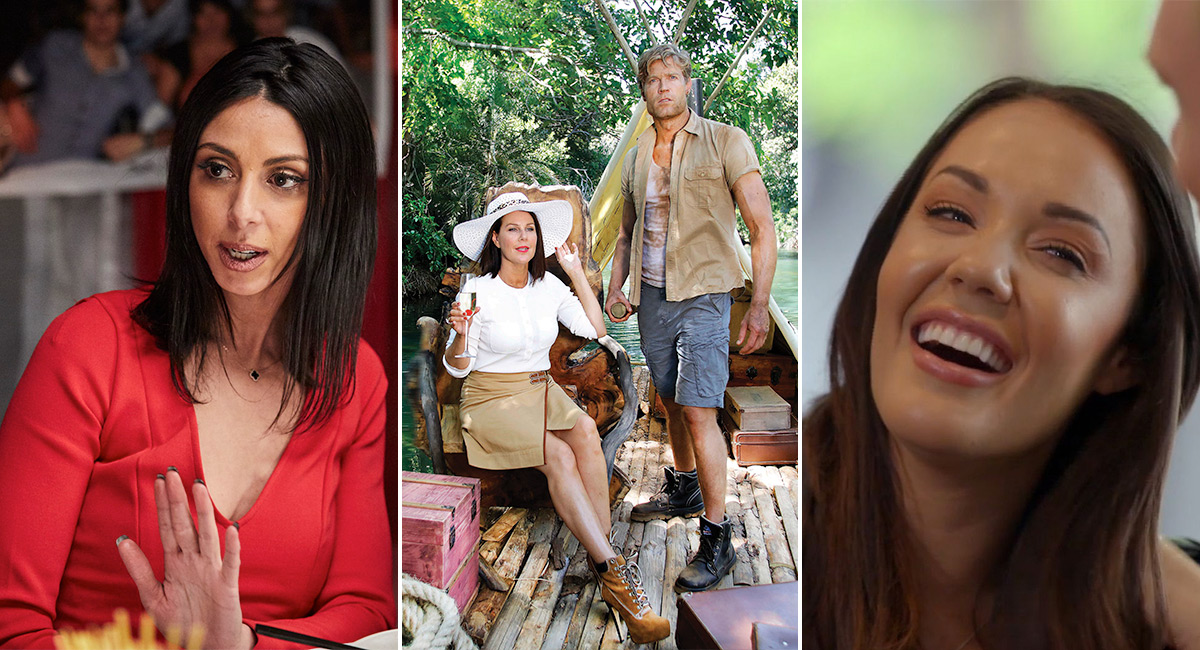 ‘So many ‘reality’ shows have manipulative producers plotting faux dramas’

After the success of Big Brother on Ten back in 2001, other networks rushed to cash in on reality TV but those early days were fraught with danger. Tacky and nasty shows like Chains Of Love and Shafted quickly flopped, prompting many to suggest Aussie audiences preferred shows about mateship and niceness instead.

But that was then, and today tacky behaviour and nastiness have crept back into vogue, particularly taking over once delightful formats. My Kitchen Rules, which was once a show about family and friends cooking, is now more about pitting women against each other. And they are up for it too, with Roula saying she doesn’t mind being portrayed as an “acid-tongued villain” because it fits her “career path” and it’s better to be “something” than “nothing”. At least she could cook, which was once a given, but that was a skill lacking in Ash and Matty even though Seven has cast them on a cooking show. Not surprisingly, they became the first evictees and bored viewers having a channel surf found much more scandalous behaviour over on Nine.

In a new low but ratings high for Married At First Sight, a bikini model and male chauvinist steal the spotlight by cheating on the spouses they are not really married to. It’s becoming harder to keep track of who’s who with so many tattoos and so much bad plastic surgery. Dean, who “married” Tracey, prefers Davina, another brunette but with spookily similar lips and filler. Their shenanigans have made MAFS number one, so MKR has decided to launch a much bigger war. With promos that now thunder “The Russians are coming”, it should be no surprise to learn they are “not here to make friends”.

Meanwhile, Ten is coming a distant third – and sometimes fourth – despite its best attempts to win a bigger audience on I’m A Celebrity…Get Me Out Of Here!. Their bid to get more male viewers backfired when they stacked the show with male sports stars only to see the tough tennis player and the big talking boxer quit. Were they bad losers or just unable to deal with the boredom? Is the endless self analysis too terrifying for some, while others find it enlightening?

So many “reality” shows have manipulative producers plotting faux dramas for their desperate wannabes, but IACGMOOH! knows it can get truth with the right cast and simple conditions. Yes, it’s nasty to dangle “royal butler” Paul Burrells, who is scared of heights, out over a canyon but it’s all played for laughs and often works a treat. But back at camp, when boredom sets in, some real moments actually make it to air.

This week, UK “reality queen” Vicky Pattison arrived and proved to be a great addition as she quickly found herself weeping along with Fiona McLoughlin as they revealed personal details about the effects of alcoholism on their families. It didn’t feel fake or premeditated and might actually have done some good, a trait I struggle to recognise on most shows today.

But let’s not get too serious … especially with psychic Real Housewife of Melbourne Jackie Gillies chomping at the bit to do a reading for the royal butler. She has already reconnected the spirit of Charlotte Dawson to Australia’s Next Top Model contestant Simone, and if Charlotte Dawson is clever enough to get herself onto another reality show even after dying, Princess Diana cannot be far behind. And no fiery dinner drama will be able to top that.