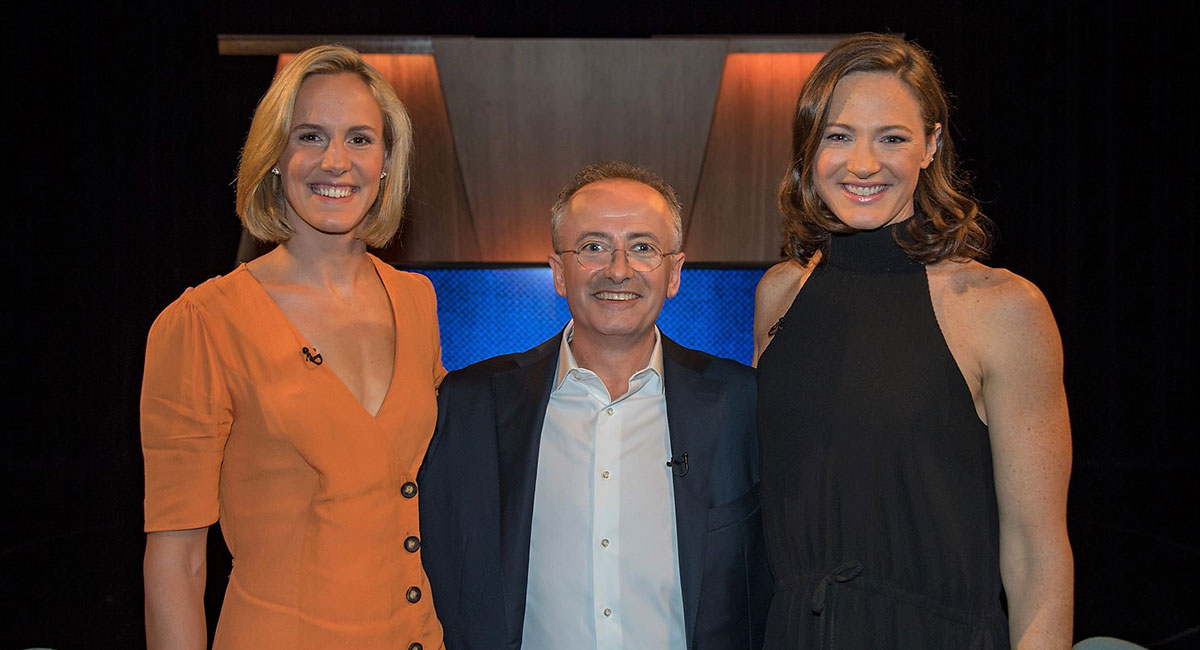 Who’s on first: Possibly the Campbell sisters Bronte and Cate

After our marathon Five Days of Denton features, we wind down the celebrations with a short look at the first episode tonight and offer a photo gallery of Denton with some of the stars from episode one.

Our festival of Andrew comes to a close as the talkshow host brings to an end his first-episode media blitz with an appearance alongside Sam and Kochie on Sunrise on Tuesday morning.

Denton told Sunrise’s David Koch he was returning to TV “because of the insatiable desire for a Logie”.

He added: “The world has got very interesting as I sat out of the interview space for 10 years. To my surprise the hole left by our previous show Enough Rope was never really filled – the idea that a show is based around a long-form one-on-one interview.

“With social media, the rise of Donald Trump and the general madness of the world, it is a really interesting time to step back into the conversation.”

Sam Armytage said she was glad Denton has chosen to return on Seven and that the Australian public had been crying out for a show like this.

When asked how he gets around particular no-go areas for various guests, Denton replied: “The way to make a guest interesting is to ask them questions that are going to interest them.”

Kochie: “Do you have to be famous to be interesting?”

Denton: “Not at all. Some of the most exceptional people have come out of our audience.” Andrew Denton on set with the Campbell sisters Cate and Bronte