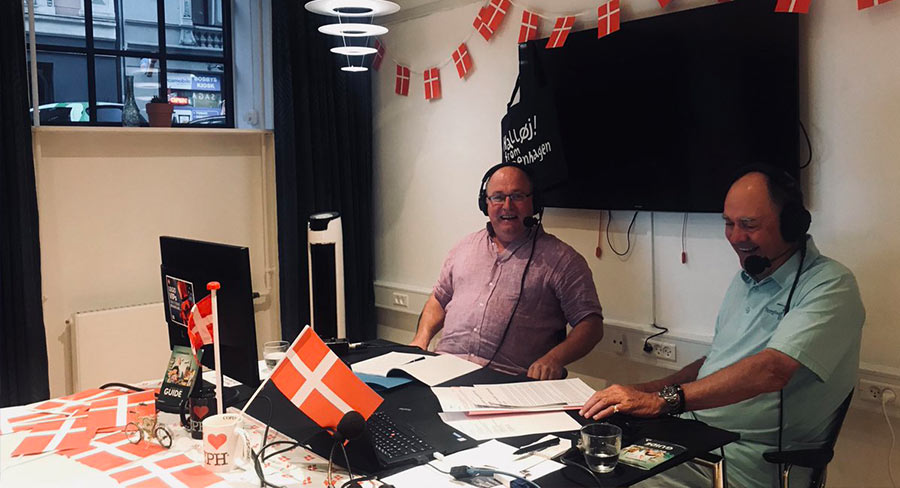 • 3AW’s Ross and John start week of broadcasts from Scandinavia

As radio survey starts for the second half of 2018, the highest-rating metro commercial breakfast show, 3AW’s Ross and John, was broadcasting from Copenhagen.

The hosts flew in over the weekend separately to start organising for the special programs. Ross Stevenson said the major question they will be posing this week: Why do the Scandinavians do things so well?

Sponsoring the program’s trip are Vodafone and Singapore Airlines.

The radio show toured Copenhagen by bike on the weekend with the show revealing this morning John Burns had a stack on his transportation.

The 3AW mobile studio was set up in the basement meeting room at Copenhagen’s Absalon Hotel.

At Sydney’s KIIS 106.5, #1 FM breakfast show hosts Kyle and Jackie O were back at work.

Jackie spent her traditional midyear holiday in Fiji where she got her diving certificate.

Meanwhile co-host Kyle Sandilands was in Hawaii where he too spent time in the water. However, he was snorkelling, not diving.

At Melbourne’s leading FM breakfast show – Fifi, Fev and Byron – Fifi Box returned from Greece. She spent time on Santorini and in Athens. She was very enthusiastic about her time in Athens, dismissing reports from some that it is not worth spending time in the Greek capital.

At one of Australia’s highest-rating metro FM breakfast shows – Mix 102.3’s Jodie and Soda show – the Adelaide program returned with a new show welcoming theme. The hosts both headed to the beach during their break.

Jodie Oddy went to Hawaii while Soda (Mark Soderstrom) had a break closer to home at Byron Bay.

Meanwhile Fiveaa co-host David Penberthy, returned to the airwaves a Francophile after what he called a memorable trip to the south of France. While he was away the Penbo and Will Fiveaa breakfast show jumped 1.8 in the ratings to lead the market on 14.4%.