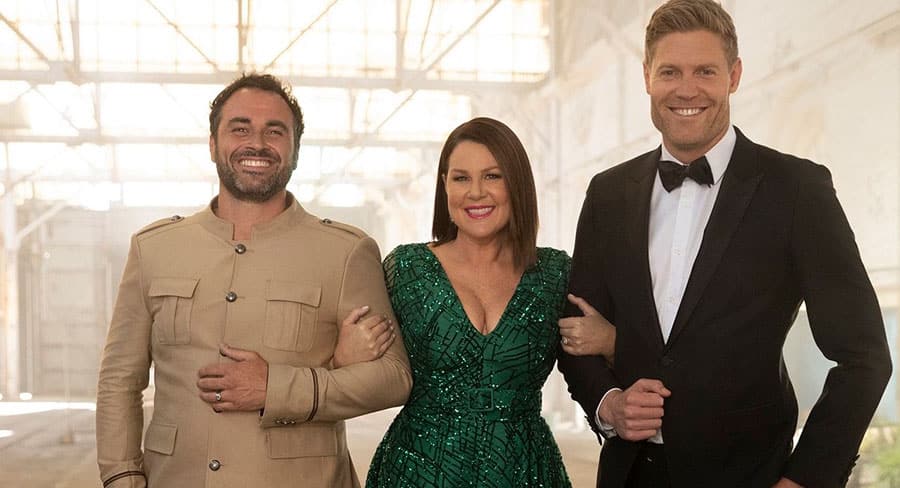 • I’m A Celebrity…Get Me Out Of Here! will premiere on January 5

Network 10 has reminded its massive Melbourne Cup Day audience that it is just two months to the day until it launches its 2020 TV season.

On January 5 it will premiere the new series of I’m A Celebrity…Get Me Out Of Here! And there was no platform better than dropping the first promo and revealing the first star than Cup Day.

10 yesterday asked its audience is there anything better than dropping a bunch of showbiz superstars into the South African terrain, with little more than the clothes on their backs, all in the name of ratings and good old-fashioned home entertainment?

Fire up those jungle drums, dust off that old safari suit and get ready to play detective this summer when I’m A Celebrity…Get Me Out Of Here! season six premieres on Sunday, 5 January, 2020.

The new season will return for five nights a week, live via satellite from the South African jungle.

Hosted again by Dr Chris Brown and Julia Morris, 10 is promising the season will deliver plenty of fun and laughter, the most hideous and hilarious trials seen in I’m A Celebrity…Get Me Out Of Here! history, heart-stopping adventure and of course, endless surprises.

The network also started what could be a long two months of clues about who will be part of the new season.

10 yesterday announced that an Australian comedian, an AFL legend and a television megastar will compete to win a hefty $100,000 cheque for their chosen charity, and the gloating rights of being crowned 2020’s King or Queen Of The Jungle.

It also released a video revealing the name of the first contestant – Miguel Maestre.

The co-host of 10’s TV Week Logie-Award winning The Living Room will be trading in his chef hat for an Akubra.

Watch the I’m A Celebrity…Get Me Out Of Here! promo here.