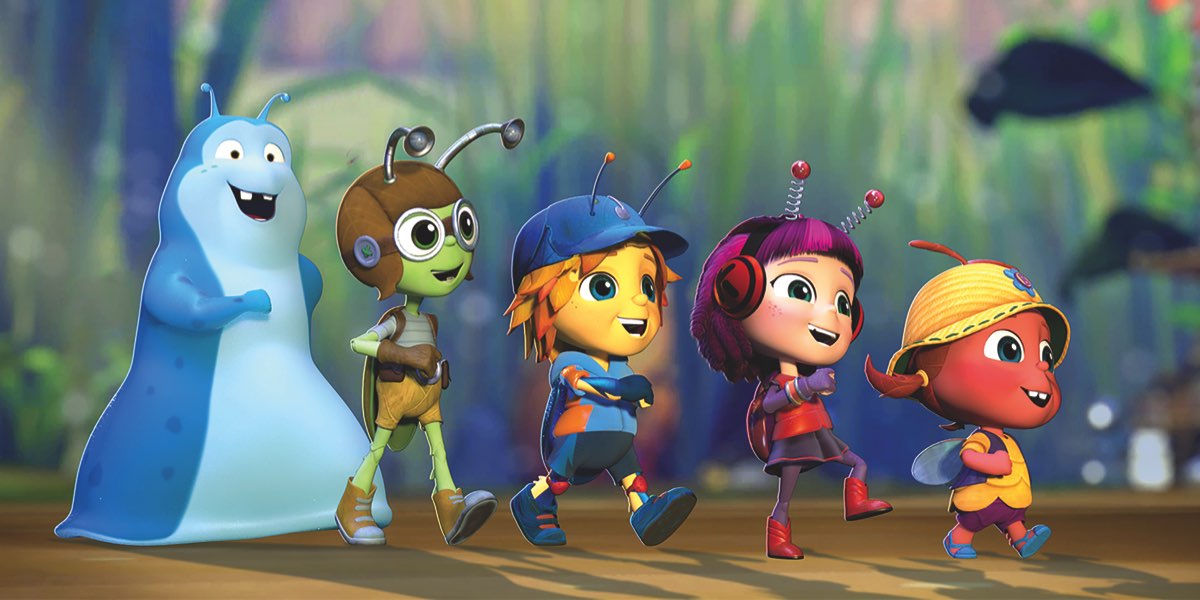 Josh Wakely landed rights to 308 songs from The Beatles, then partnered with Seven, Beyond, Thunderbird Films, Netflix and Universal Music for 52 episodes of the family series

“It is ambitious,” Josh Wakely told Mediaweek about his project to bring the music of The Beatles to a new generation via the animated series Beat Bugs. The series has its world premiere on 7TWO on July 25.

“I have been a screenwriter since I was 21. When I had the Beat Bugs idea it took six years from conception until now. The idea was for a children’s show that would be life affirming with the message of ‘all you need is love’.

“When I went to talk to people about it, I would say to them: ‘All I need to do to make it work is get the rights to The Beatles songs.’ I now realise why they would roll their eyes and think I was delivering them the craziest pitch they had ever heard.

“They had never given the rights before to anything like this and they kept repeating it to me. I didn’t get the rights because I had more contacts or more money – it was because they creatively got what I wanted to do”

“I found out that the rights had never been given out before, but I knew the show would and could work so I began pursuing them.

“I told my wife that it would take six months and that I wouldn’t be writing full time. Three years later I was still writing scripts and developing characters and the animation.”

Wakely spent most of his time working as a writer in the US. “I had developed and sold a lot of screenplays in America. When that happens you get paid pretty well, but it doesn’t mean that film will ever be made. 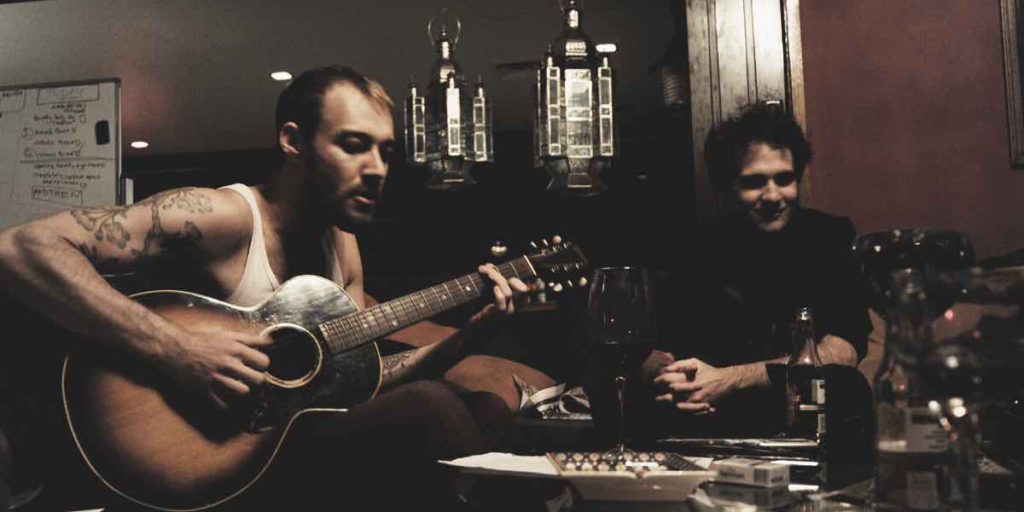 “Beat Bugs was my plan to take possession of my own project rather than wait and see if George Clooney would attach himself to my UFO movie.”

After securing backing for Beat Bugs, Wakely said it was “a lovely moment when I was able to bring it back and largely produce it in Australia”.

He also admitted to going out on a limb financially. “The first pitch was to my wife after I had sold a couple of screenplays. I asked if I could have a crack at it and she said OK. The money was running out as I was jumping on flights all around the world to convince the various rights holders. My wife said to me one day that we had run out of money. It was that same day I was offered a big screenplay to write in the US.”

Wakely said he can remember making the call to his agent to knock back that work to pursue the Beat Bugs project. Soon after that though, the project found backers and for the last two and a half years Wakely has been working on it.

When asked about important partnerships that helped make Beat Bugs a reality, Wakely said getting Pearl Jam singer Eddie Vedder to take part was a pivotal moment. “I wrote him a letter. It almost felt I might as well have written a letter to Santa Claus about performing ‘Magical Mystery Tour’. One day my phone rang during rehearsal and I saw the number was from Seattle and I remember thinking I don’t know anybody from Seattle. 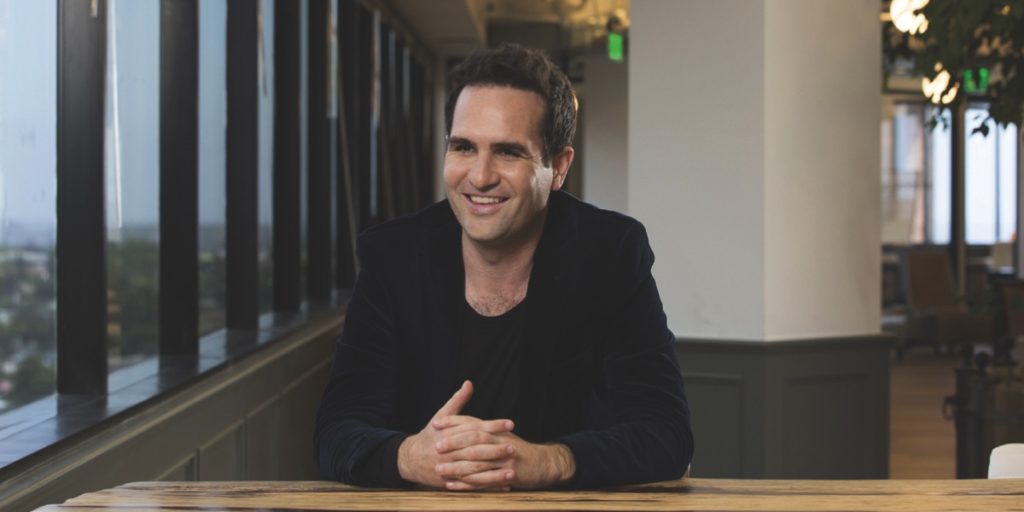 “It was actually Eddie and we spoke for nearly an hour and just four days later he sang ‘Magical Mystery Tour’ for us.”

Wakely then said he was able to get others on his musical wish list – Sia to perform “Blackbird”, P!nk to sing “Lucy in the Sky with Diamonds”. He added: “I really wanted James Corden to do a comic version of ‘I Am A Loser’.”

Wakely said he spent nearly three years trying to convince The Beatles’ publishers to allow the songs to be used. “By the time I got the green light I had all 52 episodes fully conceived with every character. They had never given the rights before to anything like this and they kept repeating it to me. I didn’t get the rights because I had more contacts or more money – it was because they creatively got what I wanted to do. I wanted to bring the best music catalogue of all time to a new generation.”

On the production front, Wakely partnered with Beyond Entertainment and CEO Mikael Borglund. “It wasn’t initially in the plan to bring it back and produce Beat Bugs in Australia. I wanted to creatively control the project and do it my own way and Mikael was a great partner and very passionate about The Beatles. He has been a vital partner in delivering a show we can be immensely proud of.”

Seven is the local broadcaster and Wakely said they were the first broadcaster to believe in the project. Netflix is looking after the series in around 190 countries, with Wakely admitting that exposure was very enticing. “Both Netflix and Seven are creatively empowering and very creatively hands off in the best sense of the word.”

Wakely writes the first episode that goes to air, and he told us he wrote about 15 of the 52 episodes. “I have plotted out maybe 45 of the 52.” Other writers on the project included Keith Thompson (The Sapphires), Erica Harrison who Wakely called “a very gifted young writer” and John Armstrong who is the go-to children’s scriptwriter in Australia. 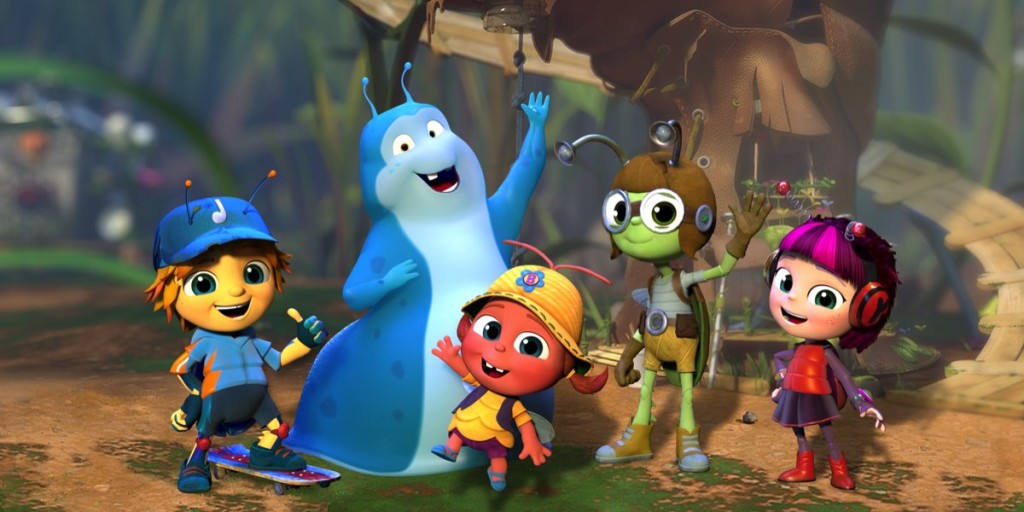 The animation was a joint venture between Australia and Canada. The project was handled by Atomic Cartoons, now owned by Thunderbird Films which is a co-producer of Beat Bugs. “We spent time driving around Vancouver to find the very best people. Some people left big jobs at big companies to go and work on what they considered a once-in-a-lifetime opportunity.

“The attraction for many people was not me, but working in the sandbox with The Beatles for a couple of years.”

Wakely made over 20 separate trips to Canada in 2015 working on the animation, scripts and music.

Daniel Johns, a friend of Wakely’s and a fellow Novocastrian, is the musical director on the project and once the body of each song was completed, the animation process would begin.

A drama series that will bring to life Bob Dylan songs is also under way, this time with Wakely partnering with Amazon. “I can’t say much about that at this stage,” he told Mediaweek. “To be able to work with Bob Dylan is an utter delight. I will be able to tell you more about that soon. It is extremely exciting.”

Wakely is also developing a number of movie projects, including an adaptation of the book “Half A Life”.

“That book is an extraordinary piece of work and a lot of people in Hollywood had pursued those rights. That will be happening soon too.”

For daring to dream, Wakely is certainly on the crest of a wave. “It is a good time,” he agreed.