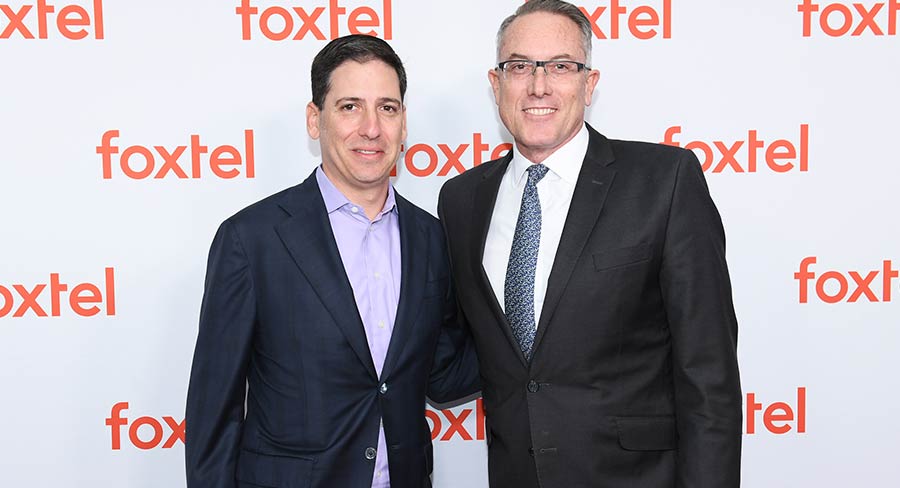 In the middle of all the noise that surrounds the biggest AFL and NRL football matches of the year, Foxtel wanted to talk to its customers about drama.

• Foxtel launches Fox Showcase: Home of FX, HBO and Foxtel Originals
• Patrick Delany: “We are the gold standard by which all others are tested”

In the middle of all the noise that surrounds the biggest AFL and NRL football matches of the year, Foxtel wanted to talk to its customers about drama.

The channel has rebranded its showcase channel to Fox Showcase. In its move to highlight how much content it has on demand, the new drama destination is now not only the home of HBO, but also dramas from FX and local productions, which it is now branding as Foxtel Originals.

A launch function was held at the Dendy Quays cinema beside Sydney Harbour in the shadows of both the Opera House and the Harbour Bridge. The guest list included actors from FX and Foxtel productions, executives from the production and TV distribution sector, MCN executives and media from Sydney and Melbourne.

Foxtel chief executive, hosting his third major announcement in almost as many weeks (with another to come mid-October), Patrick Delany explained why the drama channel launched on biggest sports week of the year.

“Why are we doing a drama showcase when it is the sports week of the whole year?” the Foxtel CEO asked guests.

“I’ll tell you why… half of the people are going to be watching the biggest sports week of the whole year – in a normal sporting week, about one-third watch sport.

“While we are known for sports at Foxtel, we are far more than sports. We are a whole lot of things.

“I want to make it clear tonight what Foxtel is and what Foxtel isn’t. In this era of digital disruption and the era of Netflix, we are unashamedly a premium service.

“What does that mean? The bottom line is it means we are the gold standard. We are the standard by which all others are tested.

“What do we do? We make it simple for people to see the best movies, the best drama, the best sports, all through the one remote control simply onto your TV.

“If you want dramas we have got it. We have a huge range of channels with deep libraries of drama.

“Two weeks ago we launched our premium movie service Fox Flicks. Previously we were famous for 15 movie channels which are world class. Fox Flicks takes everything to a new level, seamlessly integrating over 1,000 movies, integrated via the iQ4, which is a much more powerful box than anything we have had before. We refresh Fox Flicks with a new movie every day.

“The secret to it is that it is Australia’s only dedicated subscription on demand movie service and you can watch as many movies as you want.”

Delany said that Foxtel was 30,000 set top boxes ahead of budget in terms of upgrades for its customers thanks to the 4K launch, Fox Flicks and the iQ4.

Delany also talked about the recent Emmy Awards, noting that while Netflix had a huge numbers of winners (23), so too did HBO (23). Add in FX and that gives the two channels with Foxtel output deals a total of 30 winners.

He said the Foxtel drama offering has an extraordinary appeal across a diverse range of channels. “Why not represent it in one home, in one subscription on demand place. That place will be called Fox Showcase.

“In Fox Showcase we can guarantee you full box sets, complete seasons, whole franchises – the whole output of HBO, FX and all of our Foxtel Originals. It is an unbelievably rich experience.”

Also speaking at the launch was visiting FX networks and FX productions head of original programming Eric Schrier, who made the trip to Sydney with cast members from FX series Pose, Mayans M.C. and Jungle’s Mr Inbetween.

MCN was well represented at the Fox Showcase on Wednesday night from new CEO Mark Frain to many of the business’s senior executives.

Tania Jones, MCN’s national director, content and brand partnerships, said: “The launch of Fox Showcase and its library of on-demand content demonstrates Foxtel’s pioneering vision, delivering entertainment like never before. With a stellar schedule of local and international drama, it provides a premium viewing experience for the customer, alongside a premium environment for brands and advertisers alike.” The cast of Mr Inbetween, made by Jungle for FX