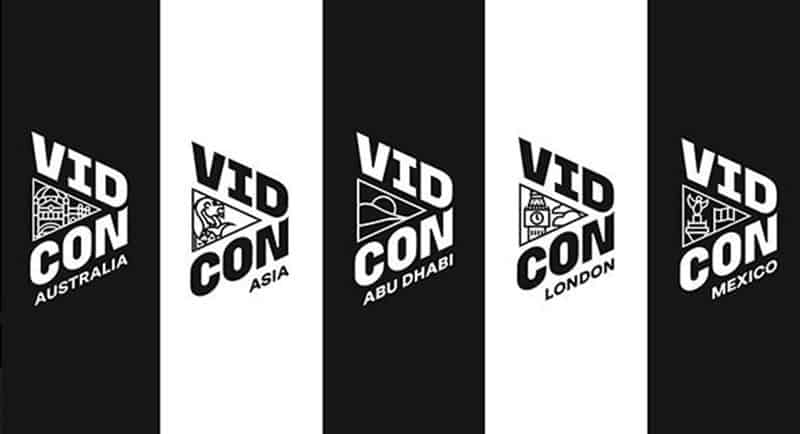 Plus ABC, Google, and Paul Murphy

The ABC spent $35.7m on redundancy payments for up to 250 staff as the public broadcaster delivered a deeper-than-expected loss in the past financial year, reports The Australian’s Lilly Vitorovich.

The television and radio broadcaster, which receives more than $1bn from the federal government annually, recorded annual loss of $18.4m, primarily due to a $9.9m drop in the revaluation of its extensive property portfolio. The bottom line result compares original budget loss forecast of $11.1m, according to its 2020 annual report, which was tabled in parliament late Tuesday.

Details of redundancy costs come after the ABC recently unveiled its new five-year blueprint, which included the loss of up to 250 jobs, in a bid to help plug an $84m budget hole. A raft of journalists including Emma Alberici, Tracy Bowden and Michaela Boland have left the broadcaster in recent months.

The ABC doubled the amount it spent on advertising and increased its multimillion-dollar outlay on consultants last financial year as it broke new digital audience records and enforced a five-year strategic plan which resulted in more than 200 job cuts, reports The Sydney Morning Herald’s Zoe Samios.

The US Justice Department filed an antitrust lawsuit against Alphabet Inc’s Google on Tuesday, accusing the $1 trillion company of illegally using its market power to fend off rivals and said nothing was off the table, including a breakup of the internet search and advertising company.

The lawsuit marks the biggest challenge by the United States to the growing power of tech companies in a generation, comparable to the lawsuit against Microsoft Corp filed in 1998 and the 1974 case against AT&T which led to the breakup of the Bell System.

The complaint, which was joined by 11 states, says Google acted unlawfully to maintain its position in search and search advertising on the internet, and says that “absent a court order, Google will continue executing its anticompetitive strategy, crippling the competitive process, reducing consumer choice, and stifling innovation.”

The government said Google has nearly 90% of all general search engine queries in the United States and almost 95% of searches on mobile.

Viacom CBS has announced VidCon, the world’s largest celebration of online video and digital creators, has had its first rebrand since launching over a decade ago, introducing a completely new look along with a digital and in-person hybrid event strategy aimed at continuing to engage and galvanise the global creator community.

As part of its rebrand, VidCon will also extend its VidCon Now digital event year-round. The news comes after VidCon successfully pivoted its 2020 US convention to a weekly virtual experience, attracting nearly one million unique attendees tuning in live and on VOD to programming across VidCon’s signature tracks, creator meet & greets, and consumer tentpole events. VidCon Now returns on October 27, 2020, with speakers and sessions from around the globe. 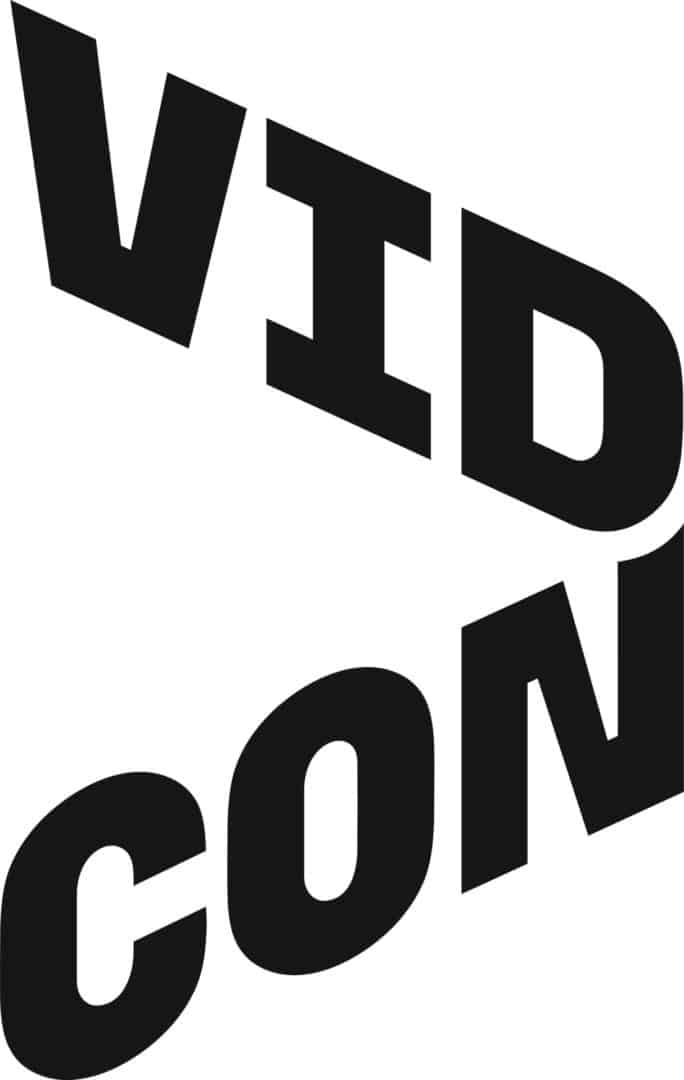 “We started VidCon more than a decade ago to help strengthen and promote the explosion of creativity that was happening online. We did that by bringing together the entire ecosystem: the creators who make amazing things, the fans who love them, and the industry that supports them,” said Hank Green.

Read more about VidCon at https://www.vidcon.com/.

Australian journalist Paul Murphy, best known for his decade-long tenure as host of the ABC’s PM program as well as being the first host of SBS’s Dateline, has died aged 77, report PM’s Barney Porter, Stephanie Borys and Scott Mitchell.

He was in the host’s chair at PM when Nelson Mandela walked free from Victor Verster prison, and during the Tiananmen Square protests.

Murphy first joined the ABC in the late 1960s and became a political reporter in the Canberra press gallery, before joining the ground-breaking ABC television current affairs show This Day Tonight.

In 1994 he was made a Member of the Order of Australia (AM) for service to public broadcasting and to journalism. In 2000 he was awarded the Walkley Award for Outstanding Contribution to Journalism.

Former 7.30 host Kerry O’Brien described Murphy as a role model to him as well as a dear friend.

“Paul was a shining light in Australian public broadcasting; a man of fierce intellect, rapier wit and utter integrity who blazed trails, pursued scoundrels and was the master of the political interview.”

Nine Network’s director of news Darren Wick has been charged with drink driving after he was caught behind the wheel more than four times over the limit, reports News Corp’s Ben Graham.

Wick had a blood alcohol reading of more than 0.2 on Friday night when he was pulled over after leaving the company’s Willoughby offices in Sydney.

In a candid email to staff today, Wick admitted he was an alcoholic and said he has sought professional help for his drinking.

“Sadly, in a moment of unacceptable madness, I’ve let you down,” Wick wrote.

“Last Friday evening, I stupidly jumped behind the wheel of my car drunk and attempted to drive home. I was pulled over by police in Willoughby and tested positive to high range drink driving, more than four times over the legal limit.

“I was subsequently charged and will soon face court to pay for my actions.”

A Nine spokesperson said the company would provide Wick with support.

“Darren Wick has done something serious and with significant consequences but we intend to support our friend and colleague as he commits to recovering from this illness and rebuilds his life,” the spokesperson said.

The Coalition has maintained its holy war against the ABC

Astonishingly, Australia has only one serious national TV current affairs show each night. In the past month, after significant internal turmoil, there have been huge changes. The ABC would rather you did not know – my former employer asks everyone else to be open and accountable but is not so flash at telling its own story, writes Jon Faine in The Age.

Two weeks ago the boss of 7.30 announced that the “commissioning editor” as she was known was leaving. Jo Townsend had joined the ABC after a successful career in tabloid TV. She was brought in to 7.30 only a few years ago to enhance the visual appeal of the show and to attract audiences with more human interest stories.

That direction was driven from above but went down like a lead balloon with those who thought the program ought be doing more investigative and hard-hitting political stories.

The tendency to bring Laura Tingle in for the big “scandal de jour” but then insultingly dispose of her peerless and invaluable insights and commentary in little more than two minutes has also attracted plenty of raised eyebrows.

Hopefully 7.30’s detour from holding power to account is now consigned to the bin. The past week or so has shown the program revert to hard-hitting live political interviews that Leigh Sales can do as well as anyone – when given the airtime.

The show sees celebrities complete a gruelling SAS (Special Air Service) selection course and I sat in horror watching a man repeatedly punch a woman in the head during a mini boxing match.

The confronting scene has raised important questions about gender equality and what exactly that looks like in 2020.

At 189cm and 96kg, former rugby player Nick Cummins, 33, lunged at 23-year-old AFLW star Sabrina Frederick and while the vicious fight was consensual, it made for uncomfortable viewing.

Roxy Jacenko hung up on a Triple M radio show this morning after being “berated” on air, reports news.com.au’s Andrew Bucklow.

Jacenko, who received over 2000 ‘trolling’ comments on social media after her appearance on the show, was so offended by the interview that she told Channel 7 to cancel all her media commitments for the rest of the morning (although she did speak to KIIS FM when Kyle Sandilands called her number directly live on air).

Triple M Sydney aired the interview with Jacenko after 8am, but news.com.au understands it was edited to remove at least one offensive comment from Mooney.

The Triple M host allegedly dismissed a comment from Jacenko that her health was her main priority after overcoming cancer, with Mooney saying that wasn’t relevant because it was three years ago.