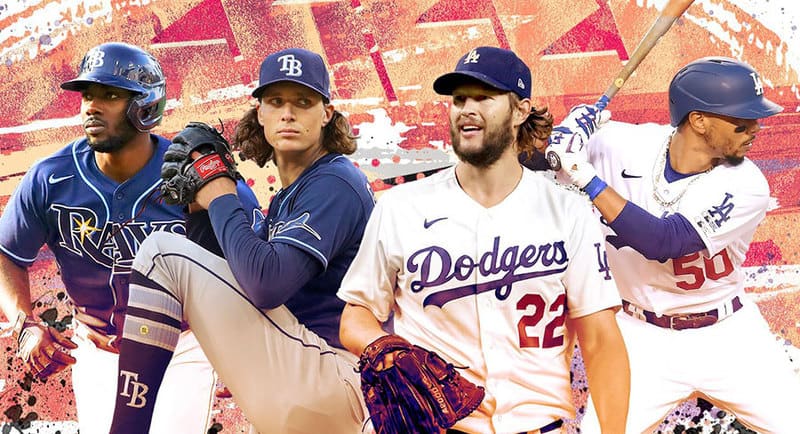 One of the most unique Major League Baseball seasons in memory will conclude with a seven game series.

Game One of the 2020 World Series begins on Wednesday October 20 at 10.30am AEDT on ESPN, as Tampa Bay meet the Los Angeles Dodgers.

Tampa secured their place in the World Series, after defeating the Houston Astros in seven games to claim the American League championship.

The Rays booked their second World Series appearance in history, after being forced to seven games, despite initially holding a three game lead.

Tampa’s only other World Series appearance was in 2008, where they lost to the Philadelphia Phillies.

They will look to make franchise history by claiming the sport’s ultimate prize.

To do so, they will have to overcome an impressive Los Angeles Dodgers line-up, who secured their place in the World Series in their own seven-game series, twice coming from behind in game seven to see off the Atlanta Braves.

Despite claiming three of the last four National League titles, they have failed to convert that into a World Series win.

Los Angeles lost to the Boston Red Sox in five games in 2018, whilst the Rays 2008 series saw them go down to Philadelphia 4-1. Both will hope fortunes differ in the 2020 edition.

“We have seen both the American League and the National League playoff series go down to seven games, and I expect the World Series to be just as thrilling.

“The schedule is jam packed and the baseball will be coming thick and fast over the next week, so fans are well treated for the 2020 MLB World Series on ESPN.”

*game will be played only if needed