Twitter has faced plenty of questions in recent years from investors about the size of its audience and the success of its business model.

One of the arenas that Twitter plays in (excuse the pun) is sports, where it has been adopted by the sports industry, the players and sports fans.

Olly Wilton is the head of sports partnerships at Twitter Australia with a great job talking about sports to sports people and attending some great events.

Wilton visited Mediaweek recently to take part in a Twitter podcast and below are some of the highlights (listen above). 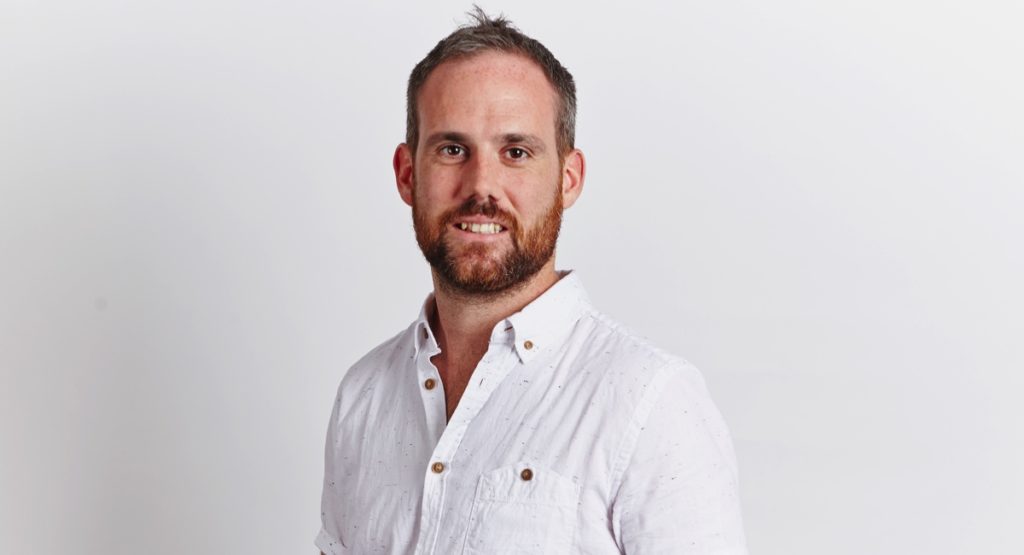 I have been at Twitter since 2013. I spent the first few years working on the brand side of the business as part of the sales team working on brand strategy and brand development. I have been in my current role for five months. I took over from Jonno Simpson who did four years and has since moved on. [Simpson is now director of sports marketing with UnscriptdSport.]

I started working as a digital copywriter at Expedia. I later ran social media departments in advertising agencies until I got the job at Twitter.  During those years I was Twitter’s first and biggest customer in Australia with clients like Commonwealth Bank and Vodafone.

I have been a real evangelist for the platform as I take Twitter out to potential partners. We had a very small team when I first started and I had the opportunity to wear a lot of hats. One day I was a sales guy and the next I’d be a brand strategist. I regularly go to events and meet with clients and explain the benefits of Twitter, deconstructing the platform for them.

My position sees me talking to everyone including sports organisations, the different leagues, sports broadcasters and teams, down to the talent. We aim to bring them all as close to the fans as possible. That includes making sure the sports bodies using Twitter get the reach they need by using the latest tools and the best practice to make sure their tweets go as far and as fast as they possibly can. We enable rights holders to monetise their content, and amplify it to an even bigger audience.

I am also working increasingly around revenue. We have great partners who bring amazing content every single day and who have been doing it free for a long time. Now we are introducing revenue share agreements to allow them to amplify it and take it out to a bigger audience.

Cricket Australia does a phenomenal job and it is held up as best practice. [But maybe not so much when it comes to player management? Ed.] They were very smart in how they structured their rights and held onto them as much as they possibly could. The thing they do that is most powerful is they talk like a fan and they don’t just wait until Australia is playing cricket. The sport is happening all around the world throughout the year and they know that the fans are fans of the sport, not just the Australian cricket team. They also increasingly cover women’s cricket too.

The NRL and AFL also do a fantastic job in terms of being always on. You can follow a whole weekend of sport by just following their Twitter feed. They are innovating all the time.

This year for State Of Origin the NRL created 123 bespoke GIFs from classic Origin moments and started tweeting about them and pushing them out ahead of time so people could load up with them and be armed with content ready to tweet out during the games.

When it comes to athletes, Daniel Ricciardo is fantastic on Twitter. He is very raw and his personality shines through.

Patrick Dangerfield also does a great job. If you look at his feed he does everything from GIFs to videos to images with pithy little captions. He takes advantage of all creative elements we have on the platform.

The NBA’s Golden State Warriors are best in class for me in terms of how much they Tweet and how they understand the fans. They take part in what is very much a two-way conversation. Some of their stars like Kevin Durant and Stephen Curry also use the platform well.

Other sports that use Twitter very well include motorsports, netball and surfing.

We are finding a lot of users are returning to the platform after the recent changes. We have made it more visual and we are taking part in smart integrations with TV. We have a lot of Olympians working with us ahead of the 2018 Commonwealth Games and we are running sessions with them on how to get the most of out the platform.

eSports has been attracting fans to Twitter for quite some time and we now do a lot of work with League Of Legends, which is one of the biggest participation eSports. That drives huge amounts of conversation and they run DM (direct message) groups. We recently ran our first live Twitter experience for them called League Of Origin with teams from New South Wales, Queensland, Victoria and New Zealand. We ran 18 hours of live footage on Twitter and the numbers were phenomenal.

That is something we are seeing with a lot of live sports and we saw it with the Melbourne Cup when we live-streamed it last November. Twitter has always been a live platform, it has always been sort of a stadium in your pocket and it is an exciting opportunity for us.

We are not competing for sports rights with the likes of Foxtel, Telstra or Optus, we are being complementary. We want to take their content to a bigger audience and one they might not find via their traditional delivery methods. We can reach an audience in a mobile first environment and people who can have their voice heard.

Twitter is a way to new audiences for sports not necessarily getting coverage or attracting major broadcasters. We can do it in a partnership or they can use a product called Periscope Producer which helps them stream in HD.