No prizes for guessing what attracted the most social traction this week – the Nine Network’s coverage of State of Origin Game 3. Screened last Wednesday, the match scored a total of 2.2m interactions as measured by Nielsen.

Making a rare appearance in the top 5 Sport is SBS Viceland with its coverage of the Arsenal v Sydney FC game last Thursday ranking #2.

AFL and Wimbledon are also on the chart, as is coverage of the Major League Baseball All Star Game on ESPN last week.

All three episodes of Australian Ninja Warrior top the Non-Sport chart, with MasterChef’s first night of finals week and The Insiders also making the chart. 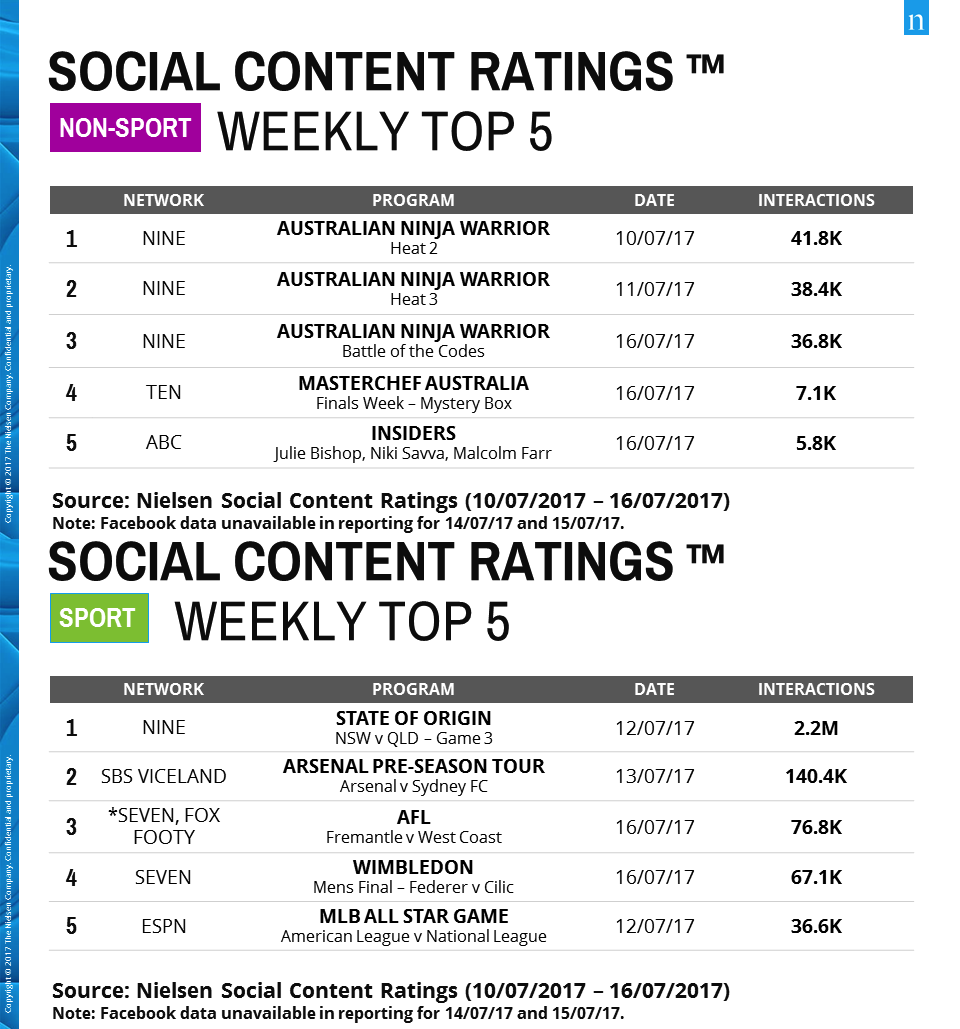