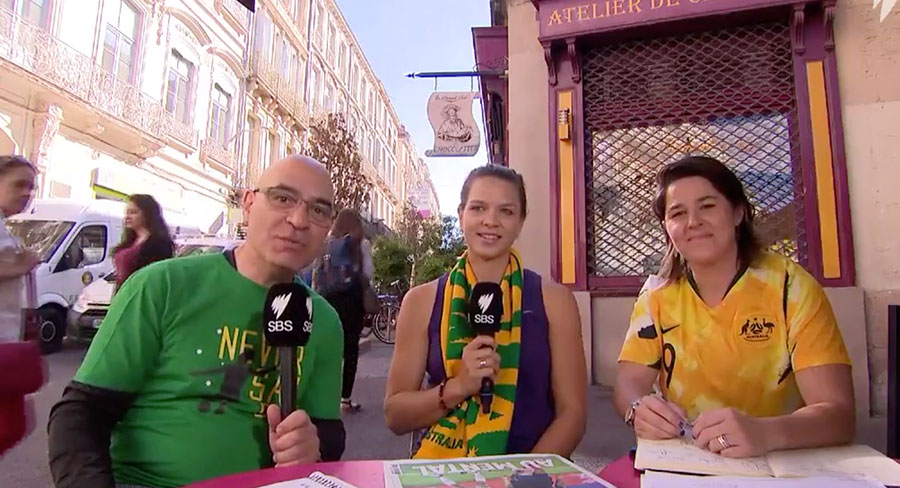 Twitter and SBS have partnered for the FIFA Women’s World Cup 2019 to provide a Twitter exclusive live show produced by SBS, and video highlights of the tournament’s biggest moments on location in France.

SBS will live stream #WorldGameLIVE exclusively on Twitter each match day (24 shows, in total) during the tournament. The show, hosted by David Basheer and Sarah Walsh in France, and Craig Foster and Tracey Holmes in Sydney, features a range of match actions, previews, recaps and the best Twitter highlights. The series kicked off over the long weekend with 30,000 football fans connecting with the live show post Matildas’ loss to Italy.

In addition to the live show, fans can enjoy near-live video clips from the tournament’s first whistle right through to the final, including key match highlights, interviews with players and coaches, and official press conference clips, via @TheWorldGame on Twitter.

Visa, TAB and Defence Force Australia have all come on board as sponsors for the near-live clips.

“Our partnership with SBS has gone from strength to strength in the past few years, so we’re thrilled to be working with them again around one of the biggest moments in the sporting calendar,” said Angus Keene, Head of Revenue Partnerships, Twitter Australia. “The sporting community continues to grow on Twitter and we know Aussie fans are hungry for World Cup content.”

Ken Shipp, SBS Director of Sports commented: “We’re thrilled to be able to showcase the best of international women’s football to Australian audiences. Our partnership with Twitter means we can extend our broadcast experience beyond TV to create exciting experiences for fans. We received positive feedback from our partnership with Twitter last year following our men’s World Cup partnership, and know Australians are just as keen for content for this year’s tournament.”

The partnership follows a successful collaboration with SBS last year to broadcast the #WorldGameLIVE show and video highlights around the FIFA World Cup 2018. Over the month-long tournament, SBS broadcast 23 shows with the live streams reaching 1.5 million views.