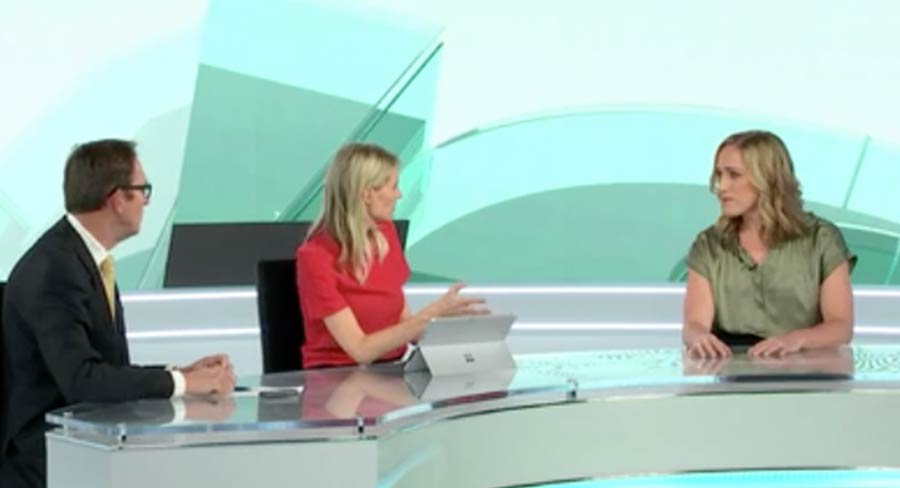 Suzy Nicoletti was a special guest on Your Money this week.

When asked about the platform’s performance in 2018, Nicoletti told hosts Ingrid Willinge and James Manning:

“We have had another tremendous year with four quarters globally of profitability and 29% YOY revenue growth.

“Australia is part of Twitter’s Asia Pacific region which is the fastest growing region for the company. We have been happy with the success and have a lot of momentum moving into 2019.” Nicoletti noted that Australia is a significant part of its region’s business.

“What is really fuelling the Asia Pacific is the video product and in Australia that was how we launched Twitter in this market. It’s what consumers want and it’s what brands want.

“We have therefore had a massive focus on premium content which has been driving this country forward.”

Also helping drive the region is Japan, while Thailand is now one of Twitter’s fastest growing markets. “We expect to see a lot of user growth alongside revenue strength in the overall region.”

When asked if the Twitter Australian audience was mature, and had perhaps plateaued, Nicoletti said the audience is always growing and changing.

“There are things about the audience [in Australia] that are very consistent. When we look at the trends for the year, what we see for the fifth year in a row is #auspol is the #1 conversation happening on Twitter. “We are the most engaged place for politics and if you look into that, the conversation surrounding #libspill was actually bigger than any other political conversation in the Asia Pacific. This market definitely likes politics in addition to sport and social movements and it always has a bit of fun.”

Despite what the Twitter platform offers individual users for no charge, Twitter is constantly working with brands about what extra it can offer.

“Around 75% of our users in Australia follow brands. The brands are actually a really integral part of what brought the platform together for us in Australia.

“A lot of the strategy to date has been offering premium brand safe content whether it might be the FIFA World Cup or the Melbourne Cup. When we work with brands there is a lot we can do with moments. One thing we are starting to move into, which we will see a lot more of next year, is aligning with a brand purpose – standing for something.

“Consumers are starting to change and they want to see brands actually align with what matters to them.”

“The days of just seeing a hashtag and liking it to feel you are involved has changed. The online to offline paradigm has really come to life. We saw this with climate change being our sixth biggest 2018 trend. That led into climate strike which is an actual movement that happened last week with students.

“Also something like #metoo, which started on Twitter and became global. It was a top hashtag in Australia and we had Tracy Spicer using the platform to inform about the campaign she later launched. We are seeing the online and offline world merge and socials movements are a big part of that.”

When speaking about learnings from users this year, Nicoletti said: “The Australian audience always wants more! We are very proud of our live streams with big audiences again for the Melbourne Cup and the ARIA Awards, but what we are seeing now is people also wanting more bespoke content.

“We have done an SBS World Cup show and we are working with AFL armchair experts where people want the expertise and exclusive access.

“We are also seeing a rise in women’s sports that are moving up the ranks including AFL women’s league and the Matildas.”

Policing users on the platform is critical, said Nicoletti. “Our CEO and founder Jack Dorsey was in Australia earlier this year and we need to have a platform where people can express themselves and feel comfortable when they share their perspectives.

“Making sure we have a very safe platform is important and we have made a number of changes to our policies to make sure it is a safe place.”

For the future, Nicoletti is predicting more big brand innovation. “Brands are more comfortable on Twitter and we will start to see bigger plays. From a product perspective live is going to become more discoverable.”