• It was a dud AFL match, but it kept Seven #1 for another night 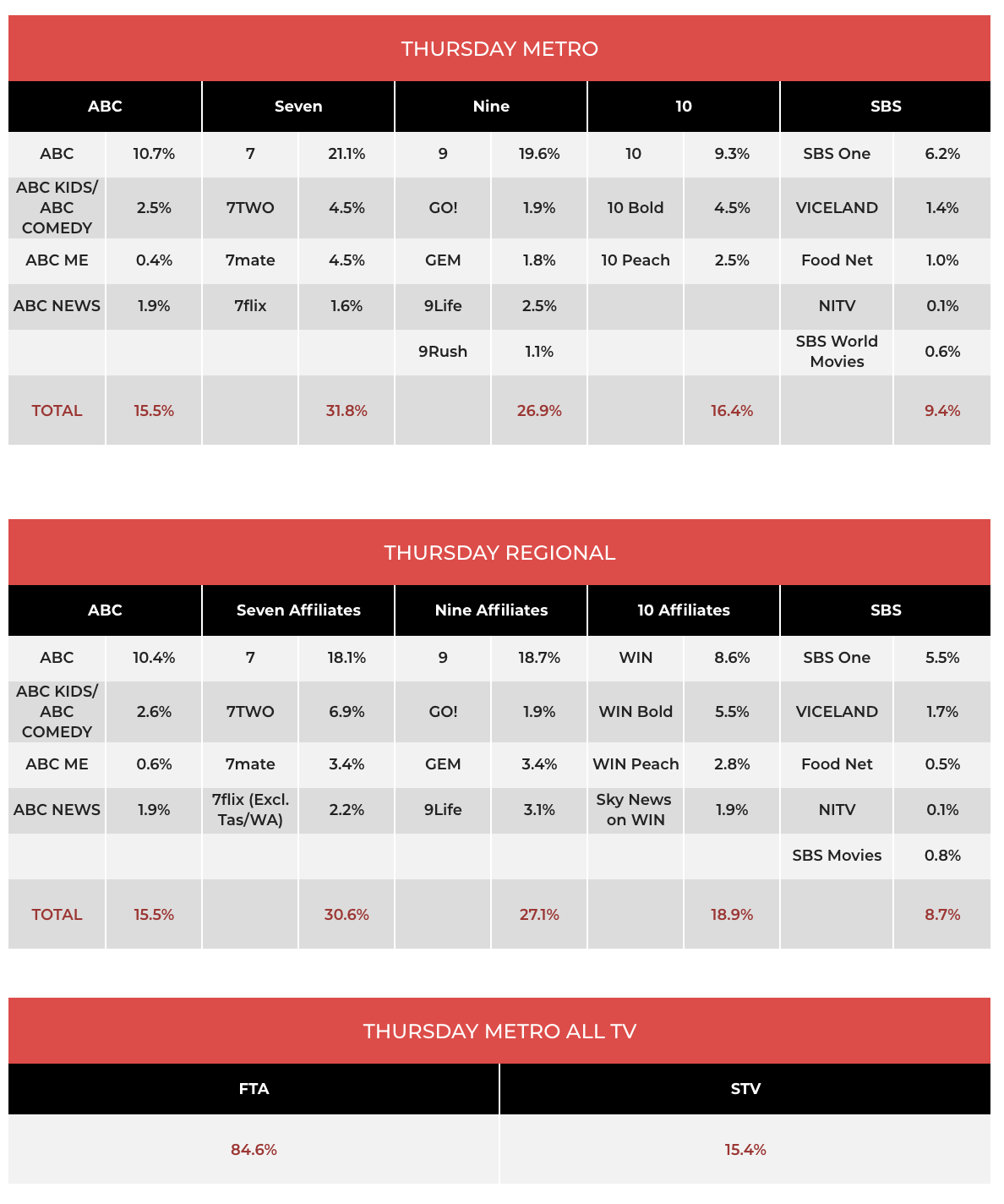 Seven’s primary and network shares ranked #1 as the broadcaster also ranked #1 in key demos. The Thursday AFL match was a dud with Melbourne smashed by Port Adelaide with the Demons only scoring their first goal in the final minute of the first half. Amazingly the match still attracted an average audience of 453,000, 243,000 of them in Melbourne while Adelaide had 116,000 very happy viewers.

Nine’s Thursday night NRL clash was a more competitive meeting, although Souths were clear winners in the end over Dragons. Nine’s audience was 381,000 – 234,000 in Sydney and 123,000 in Brisbane. The NRL was the key to Nine finishing a clear #1 in Sydney and Brisbane again.

10’s best was The Project 7pm with 510,000, with Kitty Flanagan helping keep the audience over half a million, followed by Celebrity Gogglebox on 329,000. 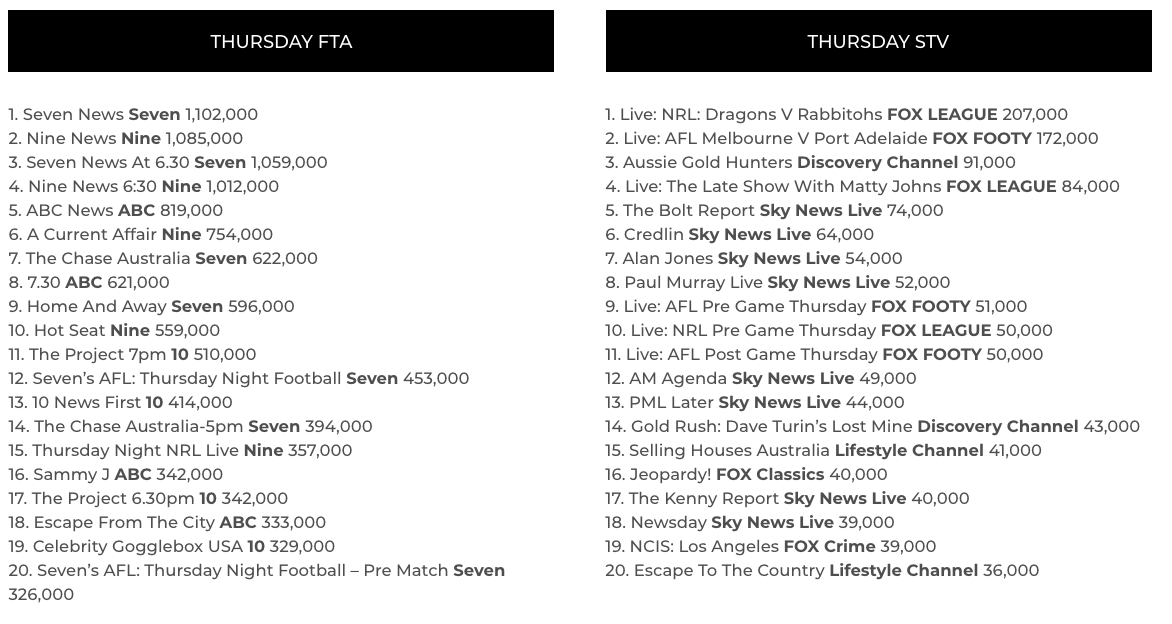