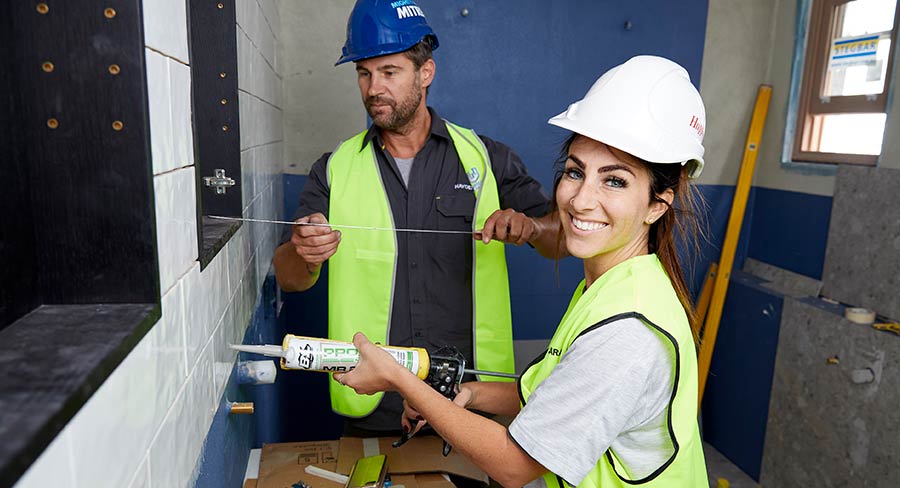 Also dropping across those two nights was Take Me Out, which started on 604,000 on Monday with episode two on 513,000. That will be enough to keep the show in the timeslot, but it won’t be enough to outperform the opposition.

A Current Affair spoke with TV and radio great John Blackman. Reporter Martin King chronicled his current health challenge and then shared too much information with viewers about what the reporter wears to bed – delivered with a cheeky grin down the barrel. The episode did 820,000.

The Block nearly had a walk-out two weeks ago, yet this time the Kerrie and Spence blow-up looks a bit more serious and the episode ended last night with them walking off the site and disconnecting the microphones. The drama helped keep the audience over 1m after 1.01m on Tuesday last week.

Nine then had two episodes of True Story With Hamish And Andy in some markets with both the new and the repeat featuring Ryan Shelton. The first episode did 744,000 while the repeat was on 264,000 in Sydney and Brisbane.

AFL markets didn’t get a second True Story. Instead they got an early edition of The Footy Show, which did 197,000. Without going up against The Front Bar, the Melbourne audience was 134,000 after 128,000 on Thursday last week.

Lily Allen, Vance Joy and Heath from Australian Survivor were all guests on The Project with 509,000 watching.

The merger episode of Australian Survivor was one of the best so far this season and also featured a food auction, the first individual immunity challenge (which Shane Gould didn’t even bother attempting) and then tribal council where Lydia was sent home after narrowly failing to win immunity. The episode did 668,000 after 667,000 a week ago.

The final episode of Search For Second Earth then did 198,000.

Michael Portillo travelled with his copy of Bradshaw’s Handbook Of Indian, Foreign And Colonial Travel for one more time on the final episode of the too-short series of Great Indian Railway Journeys. The episode made the top 20 with 341,000 watching, which should make it the channel’s #1 for another week.