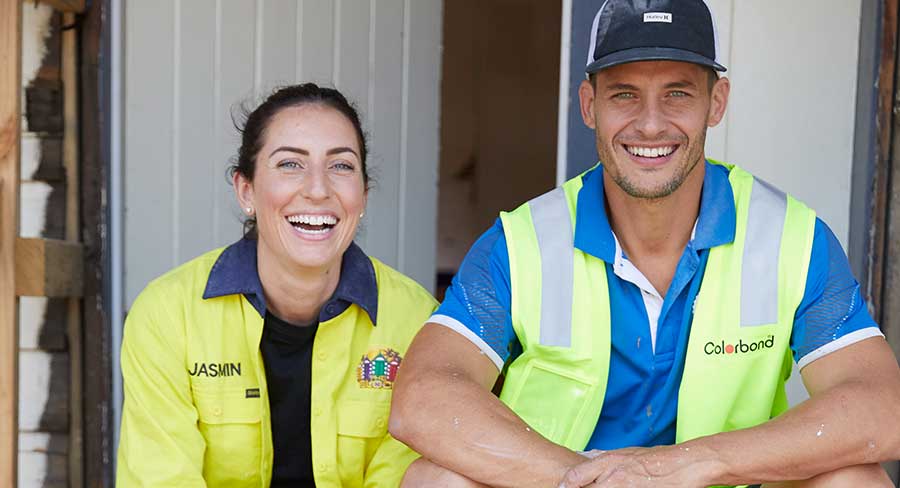 • Plagiarism scandal rocks The Block: Shaynna steps in
• You got to love America’s Got Talent to love Seven this week
• 10 turns to voodoo for ratings grab: Final Body Hack episode 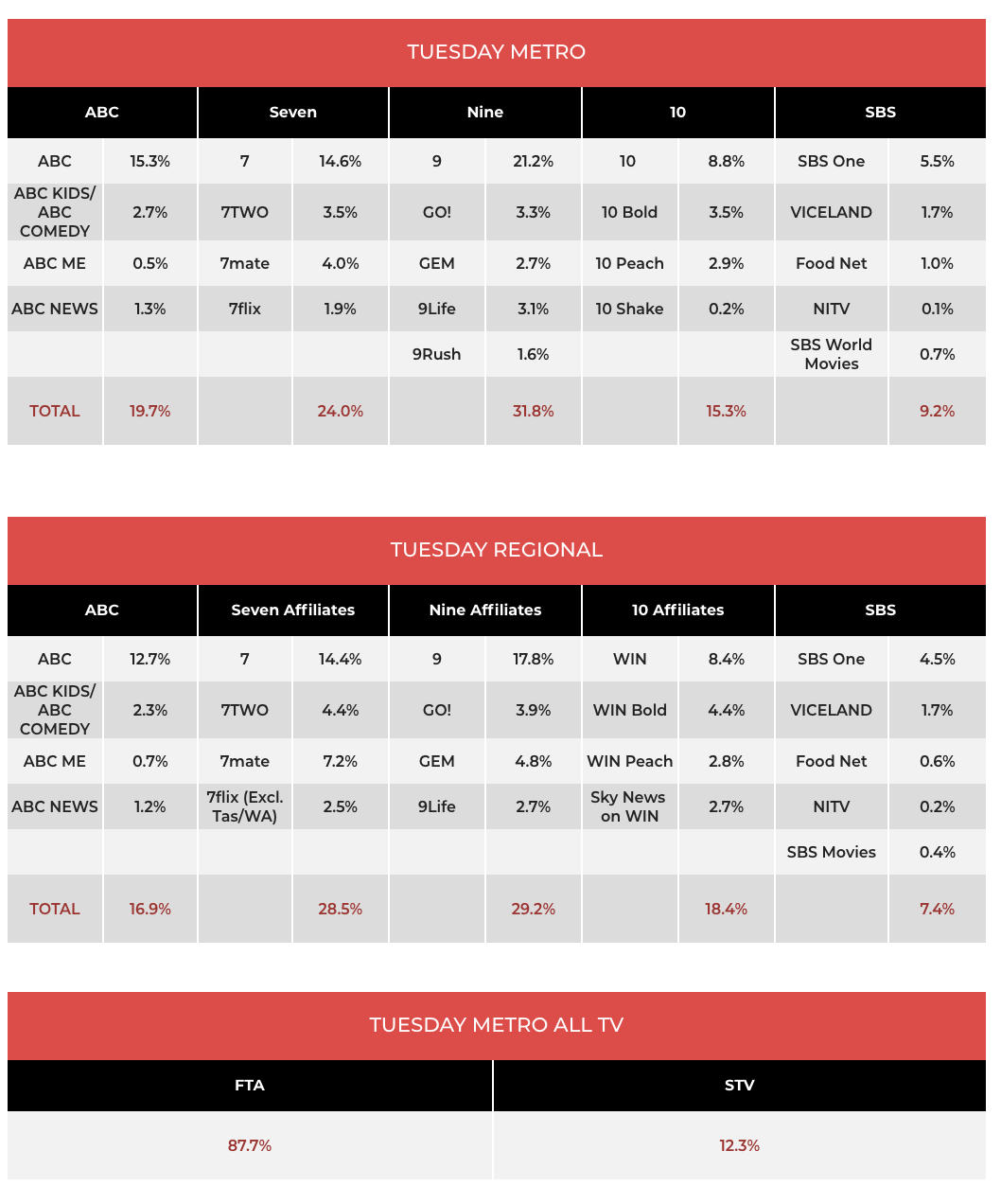 If you don’t love America’s Got Talent then Seven hasn’t offered you a lot across the last two nights. Another night of AGT semi-finals filled close to another four hours with audiences of 232,000 and 186,000.

Some call it plagiarism, others reckon it could be cheating. It reared its head last night on The Block as Luke and Jasmin were accused of copying designs of another bedroom they had seen. Judge Shaynna Blaze arrived to explain why it is not OK to copy a design opposed to using other work for inspiration. The Tuesday episode was on 809,000 after 807,000 a week ago.

Episode six of Halifax: Retribution featured Jane discovering the identity of the killer stalking Melbourne. The show has been rock solid around 500,000 in the past few weeks with last night on 496,000.

10: The Project featured Graham Norton talking about his new novel as his talk show returns from its summer break. After 546,000 on Monday, last night was on 462,000.

A repeat of Ambulance Australia was moved into the 7.30pm slot with 287,000 watching.

The final episode of the short three-episode season of Body Hack went to its old timeslot of 8.30pm. Todd Sampson underwent an initiation into voodoo to end the season. After 305,000 a week ago, the season wrapped with 255,000.

ABC: Deborra-lee Furness was the subject on Anh’s Brush with Fame which did 716,000 after 639,000 last week. The final 15 minutes of the painting session outrated The Block in Sydney.

Seven new filmmakers then shared their stories of living under Covid-19 restrictions in Lockdown Stories which was on 238,000.

SBS: Every Family Has a Secret covered crime and showbiz last night. Helping the two guests track the family trees were a number of specialists in their different fields including Age journalists John Silvester and Karl Quinn. The episode was the channel’s second most-watched show last week on 286,000 and episode two was on 260,000 last night.

Insight followed on 166,000 as Janice Petersen spoke to people about near death experiences. 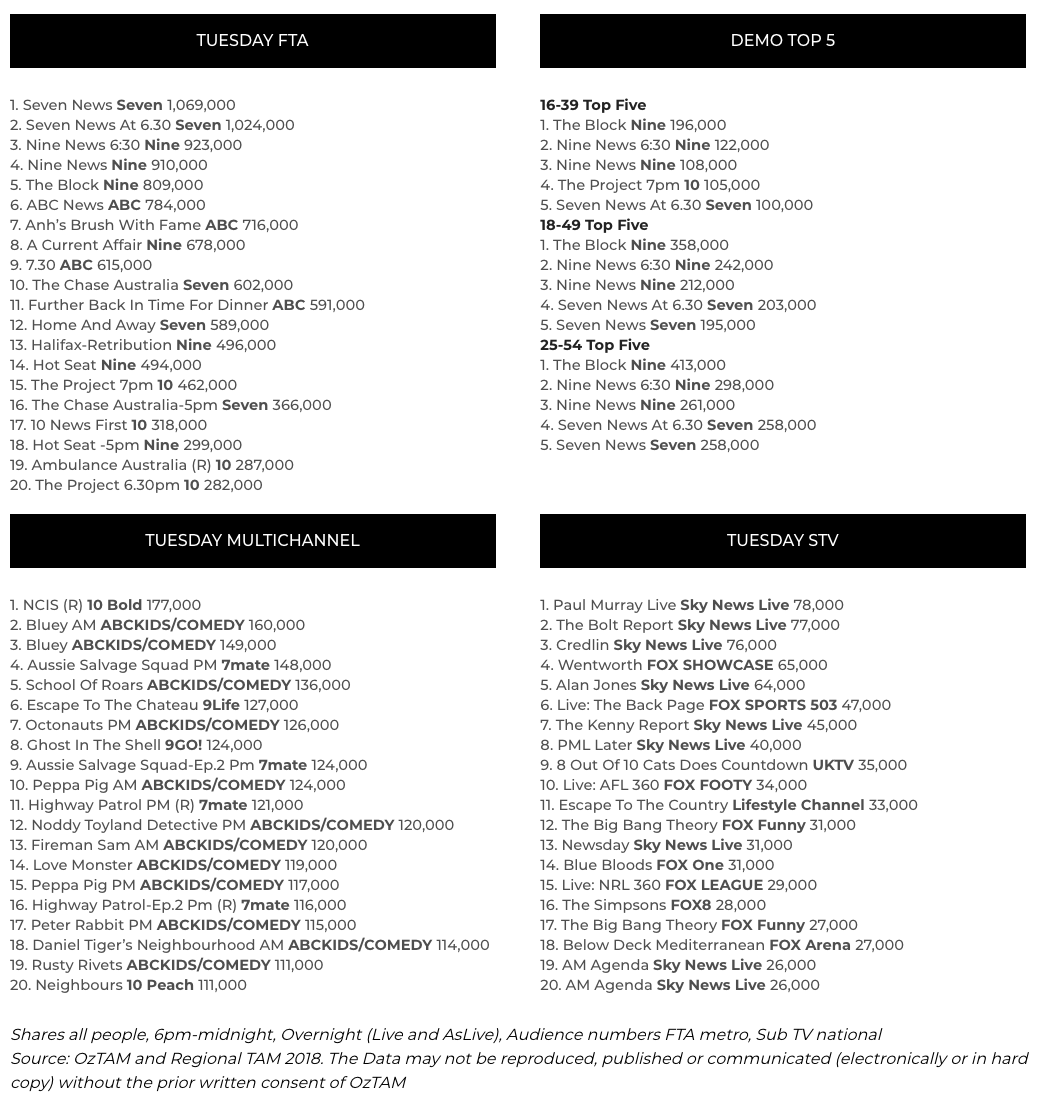