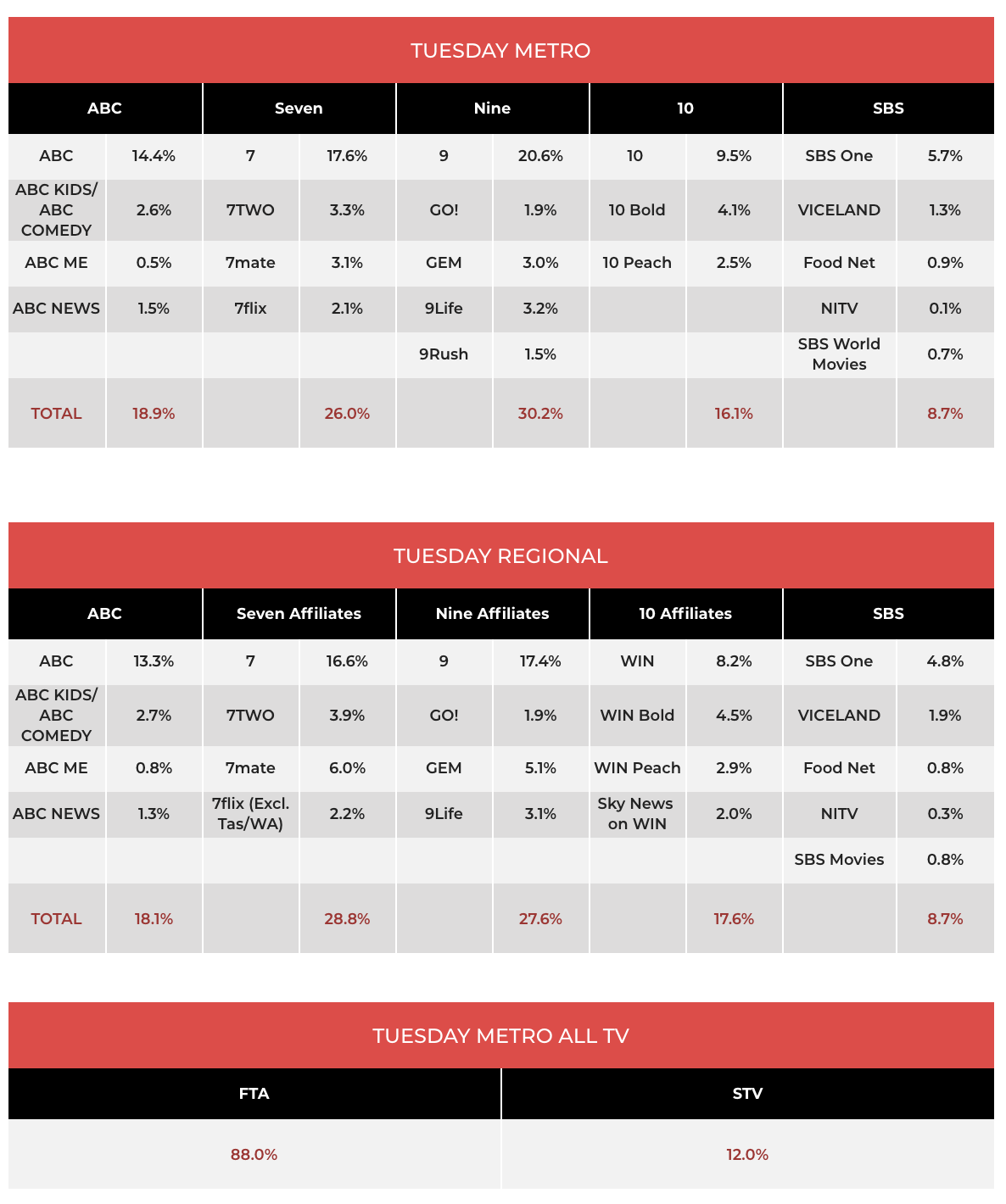 Seven: After 495,000 to start the week on a footy-impacted Monday, Home and Away climbed back to 553,000 on the primary channel.
Seven then went with a Plate of Origin marathon that was not part of the original plan. However ratings dictated it made sense to wrap the show in one fell swoop with the semi-final and final back-to-back. The final audiences were 349,000 and then 335,000.

Nine: A Current Affair went from 776,000 on Monday to 781,000 on Tuesday.
On The Block the teams were back already from lockdown as work progressed on the bedroom and bathroom week. Although the renovators were actually away for six weeks, work carried on creating the additions to each property and on return getting those rooms ready was underway. The Tuesday audience was 807,000 after 823,000 last week.
The sniper was still on the loose in Halifax: Retribution with 517,000 watching after 501,000 last week.

ABC: Todd Sampson was featured on Anh’s Brush with Fame which was an unfortunate piece of programming with the presenter stretched across two channels at the same time. Sitting for his portrait was a little less life-threatening than risking his life on Body Hack. Sitting for his portrait also rated better with 638,000 watching, more than double watching him on Body Hack. The good news is that Sampson had a total metro audience of 944,000!
The penultimate episode of Further Back in Time for Dinner then did 543,000.

SBS: Noni Hazlehurst was hosted and starred in some of the highest-rating TV shows in the past. Last night SBS was hoping for some of that ratings magic again as she hosted the first episode of the three-part season two of Every Family Has a Secret. The launch did well with 284,000 on board.
Alice Matthews kept the theme going in an episode of Insight about DNA uncovering family secrets with 196,000 watching. 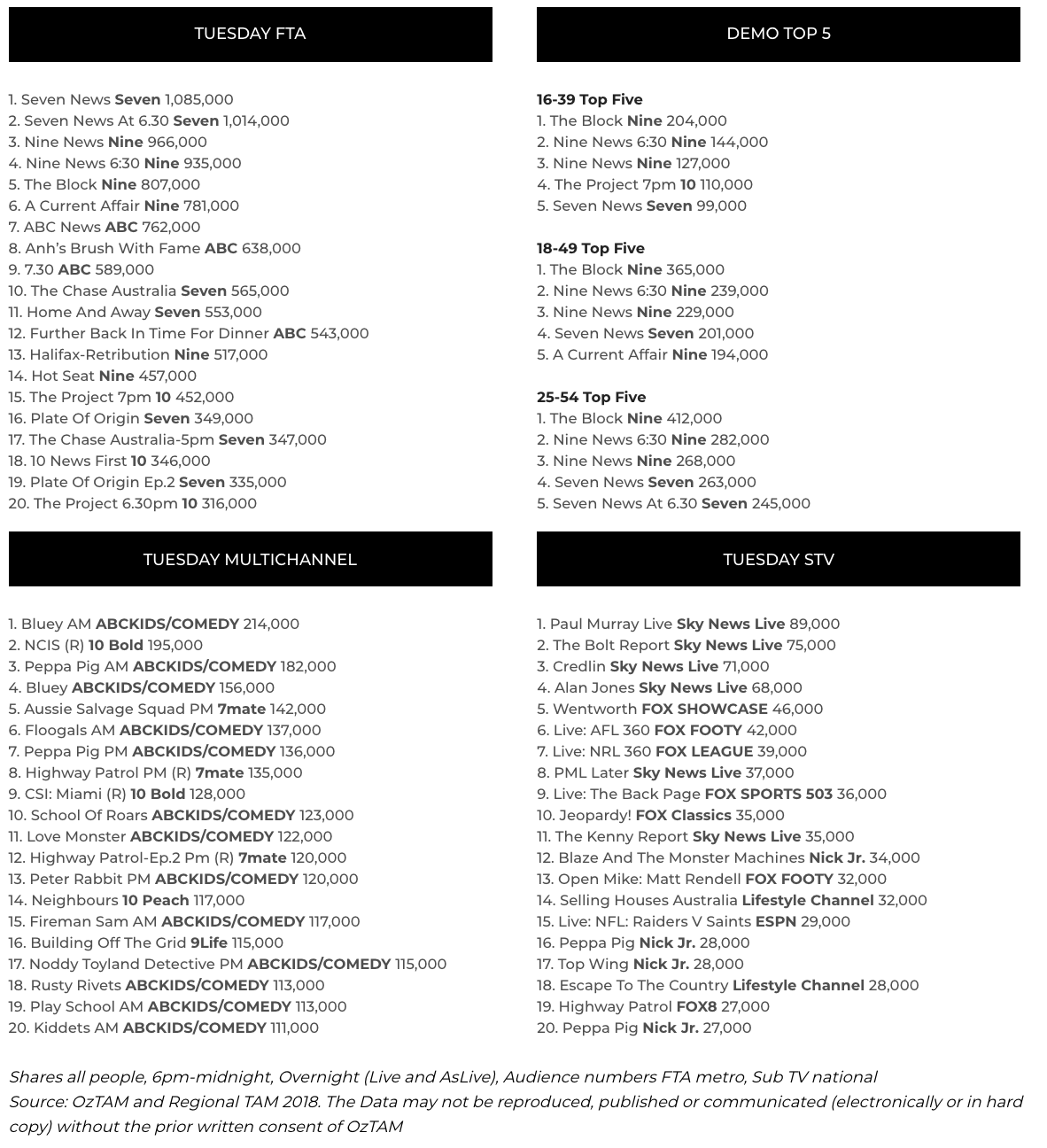