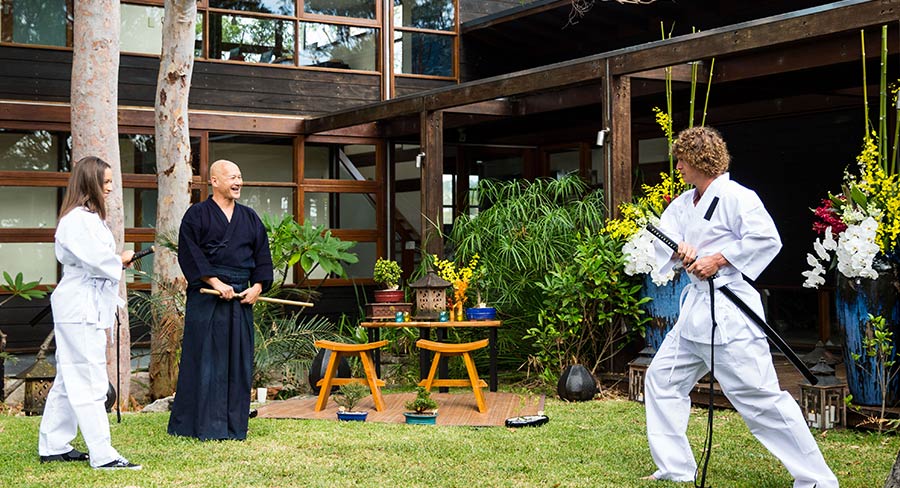 • TEN and Seven tie with a primary share of 18.3%
• The Bachelor & Gogglebox combo makes TEN competitive Seven News was the most-watched show on TV last night with an audience of 915,000.

Jim “The Ghost” Jess and John Worsfold were the special guests on last night’s episode of The Front Bar. Jess revealed the story behind his nickname: “Tommy Hafey started it. I was very shy. I’d turn up at training, sneak in, change at locker 47 and avoid eye contact with everybody. I would be out there.”

In the absence of The Block, Nine’s top performers were the news and A Current Affair. The primary share for the channel was 15.5%.

Other Nine programs in the top 20 were RBT, Driving Test and Hot Seat.

The Bachelor was the most-watched non-news program on free-to-air television on Thursday night. Tenille’s exit from the show was watched by 869,00 people. Things were said, shots were fired and a tantrum was thrown. Nick told Tenille that he felt like there was still a barrier between them. She said it was his responsibility to make her want to open up. Then, it was wasn’t too long before she was in tears and bolted for the exit once again. After another short conversation with Nick, she got in the car and left before the rose ceremony, saying there was no point in taking part, knowing the outcome.