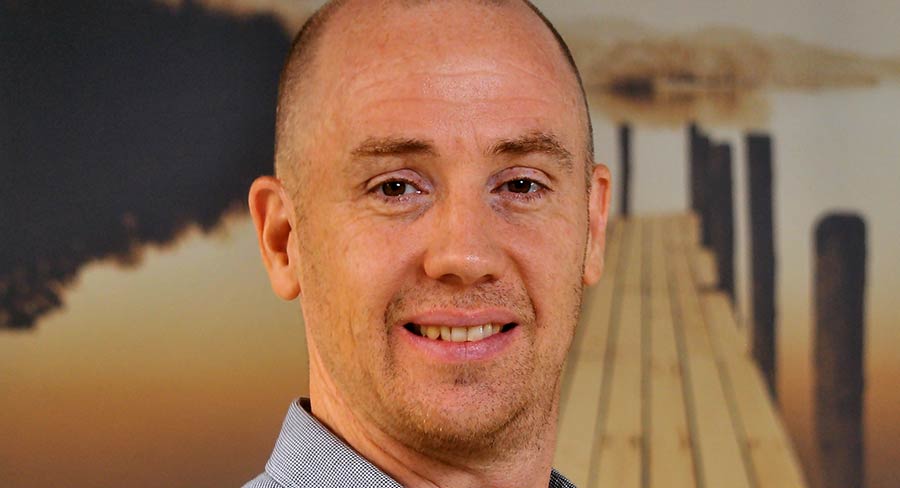 • online has virtually hoovered up almost all the classified dollars

He rose from the wreck of the world’s first dot.com bust convinced that the dot.com business was in fact the place where he wouldn’t get burned in future dealings.

Now, after predicting the crash of print in the classified ads business and working with leading dotcom outfits, Shaun Di Gregorio – recognised as a global leader in the online classifieds arena – is the CEO and founder of ASX-listed Kuala Lumpur-based multinational company Frontier Digital Ventures, which in 2016 The Australian Financial Review described as having built a stake in a “far-flung online classifieds business”.

“I started at REA not long after the first dotcom crash,” Di Gregorio told Mediaweek. “The crash was quite significant but one thing it did achieve was to sort the real online businesses from the not so real.

“When you looked at the Australian landscape, what stood out was the value of classified advertising and the potential for disruption.

“I’d previously worked at Trader.com (1999-2001), which owned Trading Post and was in the process of shifting that publication to online. I remember telling the management team that it was highly likely that the print publication wouldn’t be around in less than 10 years – needless to say that didn’t go down very well but it was plain to see.

“The biggest of the classifieds was real estate so I took a gamble that property advertising would move to online and undergo a major shift in how people consumed property content.

“Australians are real estate junkies, they love technology and there was more than A$1 billon being spent in print, so the pieces of the puzzle were all there, just waiting for someone to put them into place.”

The biggest change Di Gregorio has seen in the global classifieds is that online has virtually hoovered up almost all the classified dollars. “Once we thought that for every $1 being spent in print, we’d get maybe $0.20 in online advertising,” he said. “We never really thought we could shift $1 for $1 from print to online. However, that is now getting much closer, particularly in developed markets.”

After just on eight years with REA, Di Gregorio relocated to Kuala Lumpur as CEO of another ASX-listed classified company, the iProperty Group, a move he made essentially as a challenge.

“A lot of people worked incredibly hard at growing REA into a global leader in the online classifieds space,” he said. “We set the standard in many ways and were pioneers in the industry, doing things that no-one else was doing before us and many thought not possible. It was an amazing team and an amazing time.

“I was GM of realestate.com.au through that period and felt a great sense of achievement. However, I also felt like there was more opportunity out there and I was hungry to lead a business from early stage stumbles through to long-term sustainable success.

“Coupled with that was the small number of people who thought that what we achieved at REA was a ‘fluke’, or ‘right time, right place’. Anyway, all that did was serve as motivation to succeed again and prove to the doubters that REA was no fluke and the opportunity to go again with the iProperty Group was too good to resist. Tougher markets, more competitors, multiple countries, you name it, it was a huge challenge.”

Some of the many achievements during his time at iProperty included building a business with 300-plus employees operating in its core markets of Malaysia, Indonesia, Hong Kong, Macau and Singapore, increasing revenues by 550% between 2010 to 2013, increasing market cap from $15 million to $600 million, and increasing share price by 4,000%, creating the largest listed internet company in ASEAN.

Di Gregorio then decided to plunge into a new startup and to expand globally into the so-called “far flung territories”, and in May 2014, Frontier Digital Ventures hung up its shingle.

“Along with my co-founders Patrick Grove and Luke Elliott – two extraordinary individuals without whom I could have not have started FDV – I had a passionate belief that the online classifieds business model was one of the best internet-based business models. It makes money, it works almost everywhere and it remains relatively simple.

“In terms of getting going, the major teething problem was helping people get their head around what we were building and the markers we were investing in. When you’re sitting in the comfort of Collins Street or Macquarie Street, some of the markets we operate in seem very far away.”

The company deals in cars as well as property and primarily focuses on developing Asian markets, excluding China and India, followed by Latin American markets excluding Brazil Argentina and Chile.

One of its star performers is a Pakistani site, Zameen, in which FDV now retains a 30% stake.

According to Di Gregorio, FDV is now on track to realise a $40 million portfolio revenue for the full year 2018, and some sites will go to profit.

“As we’ve said in our commentary we expect three of our companies to start trading profitably by the end of the year,” he noted.

“A number of our companies have traded profitably from month to month in the first half of 2018. The nature of the markets and the variability from quarter to quarter mean that it’s not always a straight line.”

As for the future of online classifieds, Di Gregorio predicts big change.

“Online classifieds is rapidly evolving in emerging and frontier markets, from being a simple platform for advertising and enquiring about property or cars to becoming a marketplace where buyers and sellers transact properties,” he said.

“This shift or evolution is the biggest and most significant change and will continue to evolve. We’re rapidly going past just clicking on an ad and emailing an agent, and heading into property portals facilitating transactions and providing all of the ancillary services to make the transaction happen smoothly, with more certainty and, most importantly, trust.”