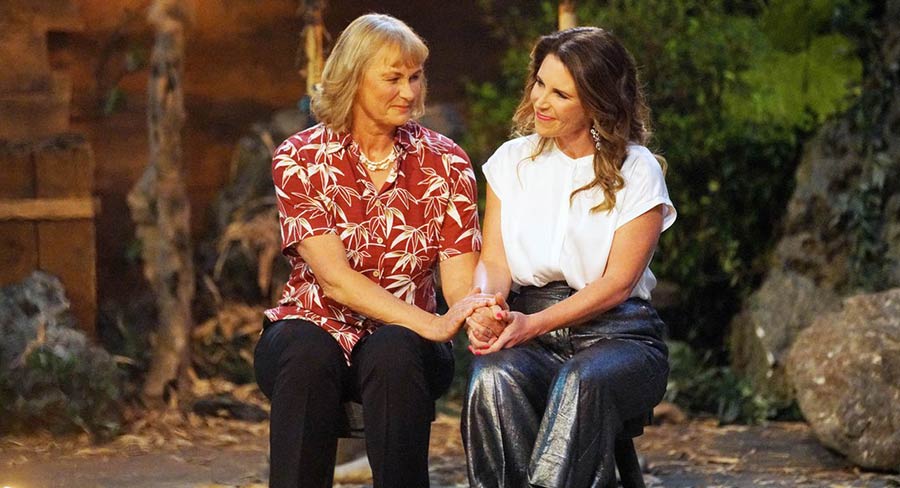 The second and final episode of Queen Of The World did 553,000, taking third spot in the slot.

The Good Doctor struggled too, compared to its history. The second episode this season did 587,000 after the season launched last week on 712,000. Opposition in the slot included the Survivor decision and the final of Exposed with the ABC doco out-rating Doctor in Sydney and Melbourne. Expect the consolidated numbers for The Good Doctor to lift the overnight result considerably though.

The Block featured all the contestants doing their best in the one apartment – and some quirky wallpaper. Despite the final of Survivor elsewhere, The Block audience stayed strong on 929,000 after 961,000 on Tuesday last week.

Hamish Macdonald was reporting live from the Sydney Opera House at the end of The Project last night with 512,000 watching. Covering the Survivor finale was Dave Thornton in Fiji.

Brian bombed out in the final immunity challenge when he accidentally lifted his hand to take off his cap. Shane had earlier exited, no doubt hoping the eventual winner would pick her to go to Tribal Council.

That is what happened. But it was the crucial mistake Sharn made after getting to the final two – the jury ended up liking Shane more, with the champion swimmer beating the superstar lawyer by just one vote.

The series will be back next year and it is currently taking applications for contestants. During the Reunion episode all contestants were thrilled by the experience and each said they’d return in a heartbeat.

Special mention again to the team from Endemol Shine – it is hard to think of a better-looking show on Australian TV.

Exposed: The Case Of Keli Lane ended last night with 572,000 after 8.30pm. The series launched two weeks ago with 558,000 and then did 513,000 last week. It will be fascinating to see what reporter Caro Meldrum-Hanna does next. A Facebook group for Exposed now has over 11,000 members.