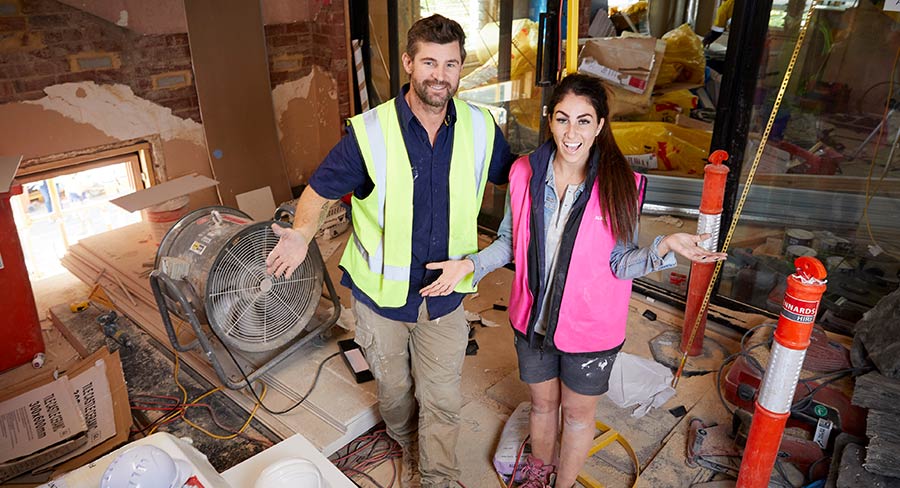 An ob doc hour followed with the premiere of Emergency Call, which did 512,000. An episode of Border Security followed on 424,000.

Daylight saving always seems to have an effect on early evening viewing and A Current Affair started its new week on 769,000. The week 40 average for the program was 768,000.

The Monday episode of The Block did big business with 1.03m as teams carved up the budget to work on the rooms in the challenge apartment.

The final episode of Doctor Doctor then aired with 642,000 watching. The first episode of the 10-episode third season launched with 720,000 back in August. Catch-up viewing sees the numbers swell each week. The episode that screened one week ago added 208,000 viewers after the initial broadcast. BVOD can then add close to another 100,000.

Steve Price had an uncomfortable moment on The Project when his colleagues looked to him for a comment about the behaviour of Alan Jones on his breakfast show last Friday. However, Price carefully explained he would not be sitting in judgement on his 2GB colleague, and nor would be doing so if ever asked about his colleagues at TEN. The episode also featured Graham Norton on a cross from the UK talking about his second novel. Carrie Bickmore asked him about Australia at Eurovision, which they both agreed continued to be a little weird. The Monday episode did 549,000 after a week 40 average of 505,000. The penultimate night of Survivor showcased how Brian dodged yet another bullet by winning immunity to guarantee a one in three chance of winning the series. That left Shane, Sharn and Shonee exposed with Shane and Sharn agreeing to send Shonee home. The episode did 793,000, which is the biggest episode this season and actually the biggest ever for a regular episode. It pushed TEN’s share to 14.7%, the best Monday since MasterChef ended, and edged TEN ahead of Seven for the night in Melbourne.

The bigger Monday crowd was good news for Have You Been Paying Attention? with 731,000 its best result in three weeks.

Australian Story featured The Story of Samuel, an episode about Samuel Symons following his death last week. Samuel was the son of Elly and Red Symons and was diagnosed with a brain tumour aged four. He died on October 3 this year aged 27. The episode was watched by 717,000.

Britain’s Most Historic Towns was the #1 show on the channel last week and it would be surprising if last night’s trip to York didn’t rank #1 this week. The episode did 252,000.