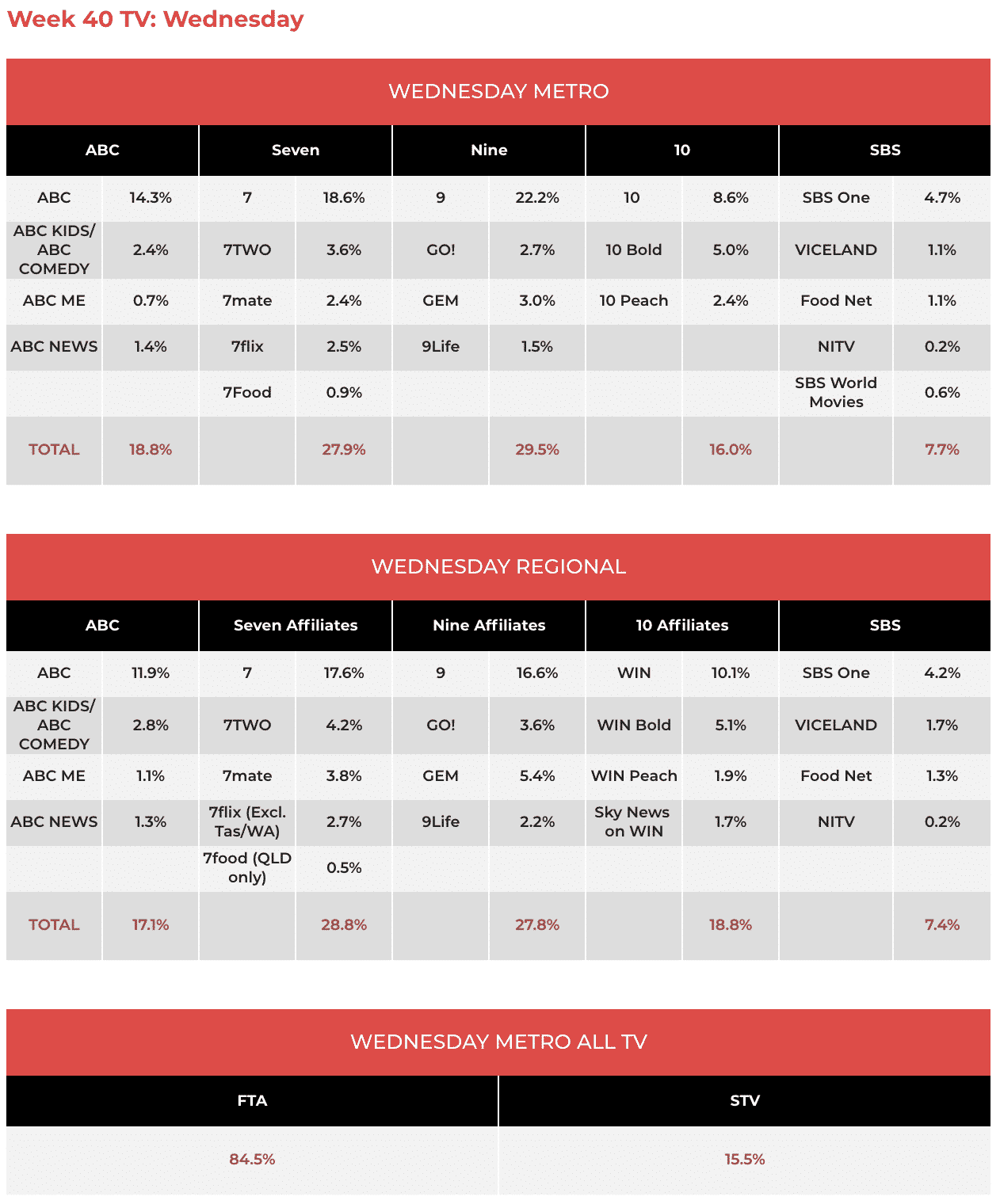 The launch of Bride & Prejudice – Forbidden Weddings then did 438,000.

More of Britain’s Got Talent: The Champions followed with 273,000 seeing a stunning performance from Australia’s Got Talent winner Bonnie Anderson that wowed the audience and all the UK judges – even Simon Cowell. All the judges predicted Anderson would be a huge star.

Featured on A Current Affair were stories on Prince Harry’s battle with The Daily Mail and an Australian child care scam. The audience was 716,000 after previous audiences this week of 794,000 and 761,000.

Scott Cam was issuing more warnings about the cash crisis on The Block with three of the teams looking like they won’t have enough cash to properly finish their renovations. The audience for the final episode this week was on 853,000 which along with the rest of Nine’s Wednesday schedule was easily enough to win the night and the demos.

Nine then reached into its bag of Queen documentaries and pulled out the wonderful The Show Must Go On: The Queen + Adam Lambert Story. The doco screened on ABC America earlier this year. It featured wonderfully candid interview with the members of Queen and Adam Lambert plus some great clips of Freddie Mercury. The show also had access to the vault of American Idol highlights including Lambert’s show stopping rendition of Whole Lotta Love from his series final (how did he ever managed to finish second?) and the episode of Idol where Queen performed. Simon Cowell was doing double duty last night – appearing on BGT plus in this Queen doco. The two hours of Queen did a respectable 407,000.

The Project dipped close to 400,000 with Wendell Sailor talking Masked Singer. Chelsea Handler could draw a crowd tonight and hopefully she’ll get a long segment.

Bondi Rescue then featured a visitor who buried her valuables in the sand, and, you guessed it, couldn’t find them when she returned from the water. The lifesavers had a solution, call in a specialist who regularly trawls Bondi Beach with a metal detector. The program did 324,000 followed by a repeat on 298,000.

The best contestant was eliminated first on Hard Quiz – a teenager whose specialist subject was World War 2 army tanks! However host Tom Gleeson had plenty of fun with the final battle between a contestant obsessed with Woody Allen’s Manhattan and a Bananarama tragic. The audience was on 670,000 after 628,000 last week.

Gruen then did 758,000 after launching with 757,000. Last night host Wil Anderson talked about Australian banks before the panel pulled apart a Westpac ad. Later in the show there was a clear winner in The Pitch about older consumers, but somehow the trophy was shared.

Tony Robinson: Britain’s Ancient Tracks had the biggest audience with 213,000. 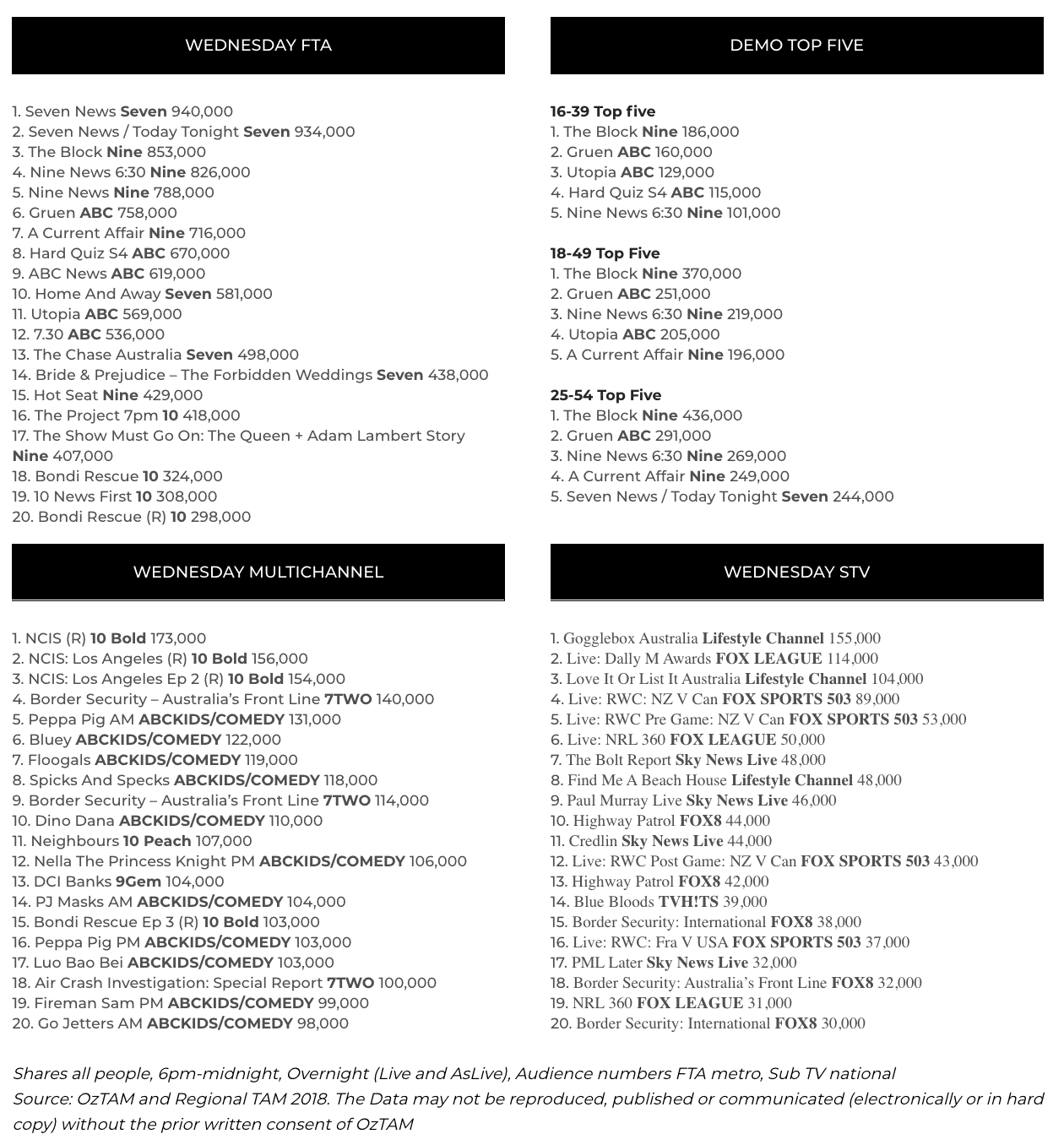