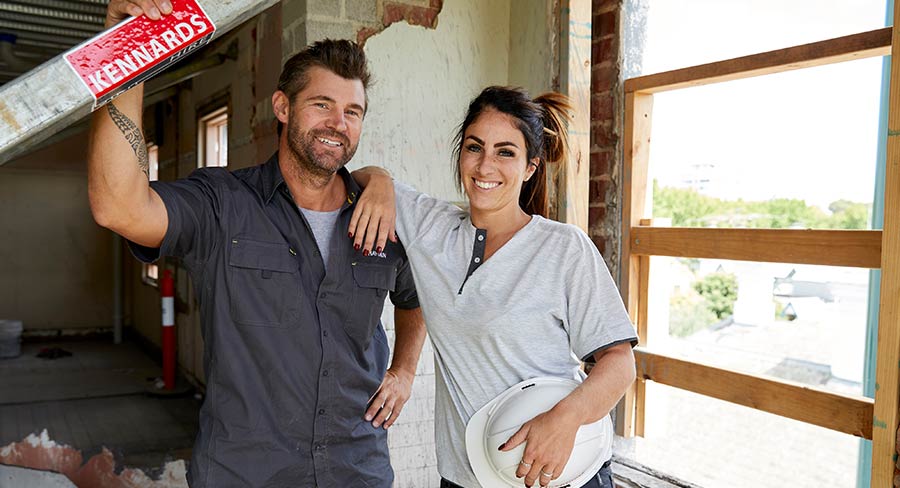 • Final week on The Block sees the show back to a 1m+ Monday
• Who will return for second rendezvous after Blind Date launch?
• Rebecca Gibney’s Wanted season 3 launches with double episode Seven’s Rebecca Gibney drama Wanted then returned with a double episode, which ratings data sometimes indicates makes audience growth a bigger challenge than it otherwise is. The six episodes of season two ended in July last year with the final episode overnight audience of 634,000. Season three started on 455,000 and then dropped to 396,000 for episode two.

A special edition of A Current Affair featured Simon Bouda as he investigated the disappearance of mother of two Roxlyn Bowie. The episode did 815,000 after a week 41 average of 717,000.

It was then into the final week of renovations on The Block with the challenge apartment causing a few more budget blues. Still time to win the apartment too, apparently, if you get the lucky copy of The Block Monopoly. The Monday episode was on 1.00m after 1.03m on Monday last week.

Less compelling content filled the rest of the night starting with Serial Killer With Piers Morgan on 388,000.

Julia Morris was a guest on The Project talking up her new Blind Date series. She had to sit through a couple of awkward questions from Steve Price. The show’s 7pm week started on 564,000 after a week 41 average of 469,000. The episode, as did the news bulletin under way on Seven and Nine, got to break the news about a new royal baby. The new program did manage to rank #2 25-54 in the slot, behind only The Block.

Blind Date then launched with host Julia Morris having plenty of fun with the single guys and girls. The audience of 487,000 is a little disappointing, ranking the show fourth in the slot, although not much separated it from Border Security after 8pm.

The festival of Julia Morris then continued on Have You Been Paying Attention? where she was a guest quizmaster. The episode did a very healthy 769,000 to easily win the timeslot after 731,000 last week.

Four Corners featured an ITV documentary on prisons with 414,000 watching.