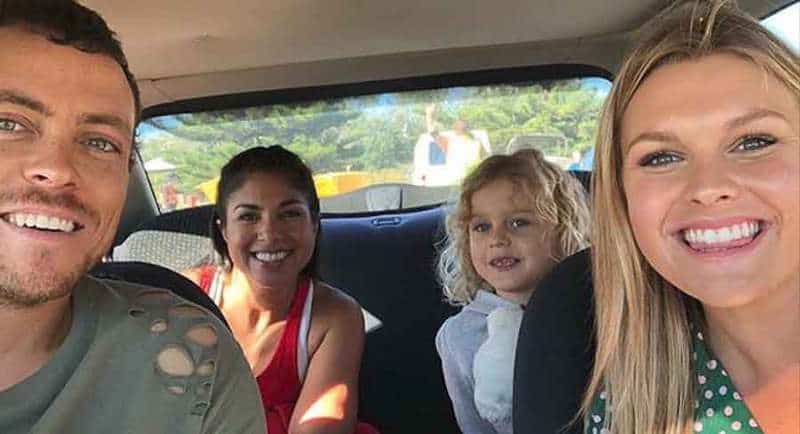 • Final episodes of Australian Story and Q+A on ABC 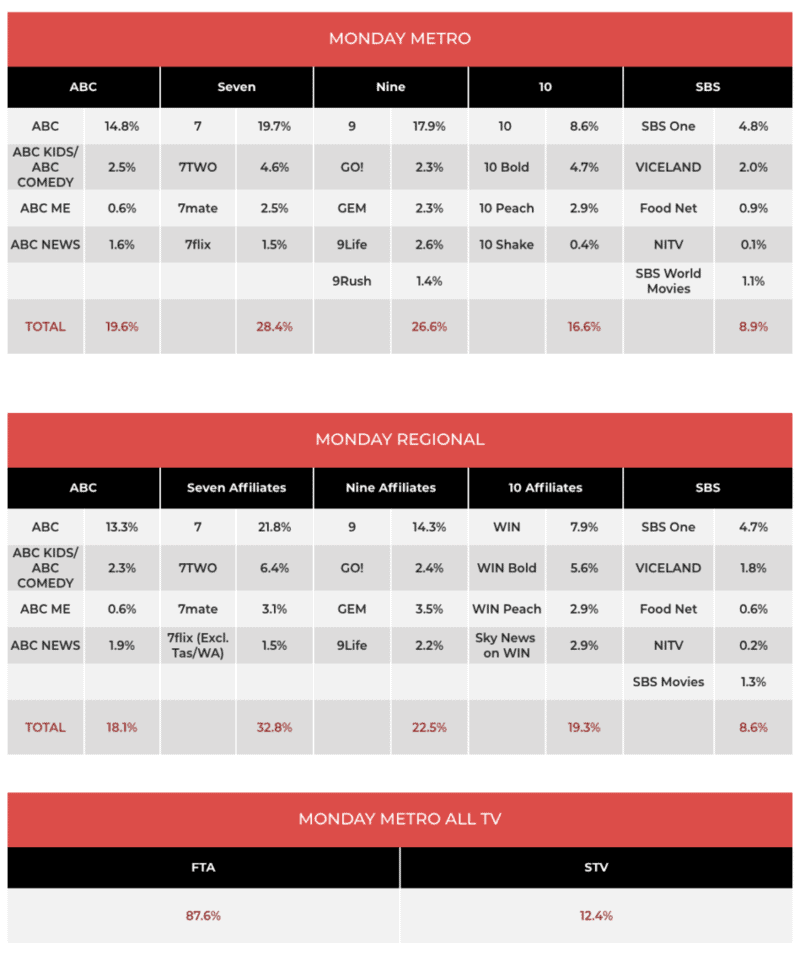 ABC also had a couple of season finales – Australian Story was on 637,000 with a look at how Australian coped with the Spanish flu a century ago, while Q+A had a guest list that included Jimmy Barnes and author Rita Therese for its audience of 308,000. Jimmy and Jane Barnes ended the show’s year with a Christmas carol.

SBS found a new train program to kick off its summer schedule – World’s Most Luxurious…Trains with 189,000 watching. 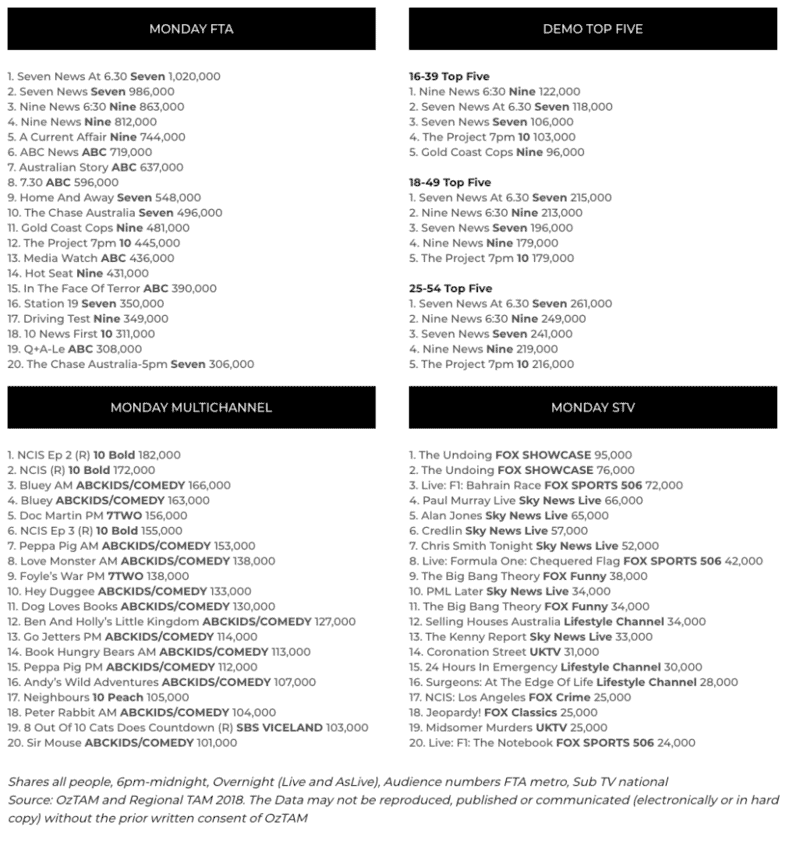