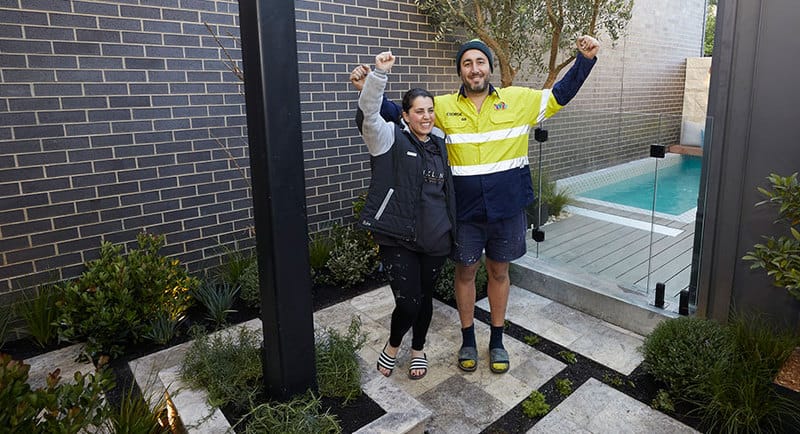 • The Block and 60 Minutes maintain Nine’s Sunday form
• The Block just a week away from auctions, judges wrap up
• Best of rest: Beat The Chasers, Restoration Oz, Graham Norton 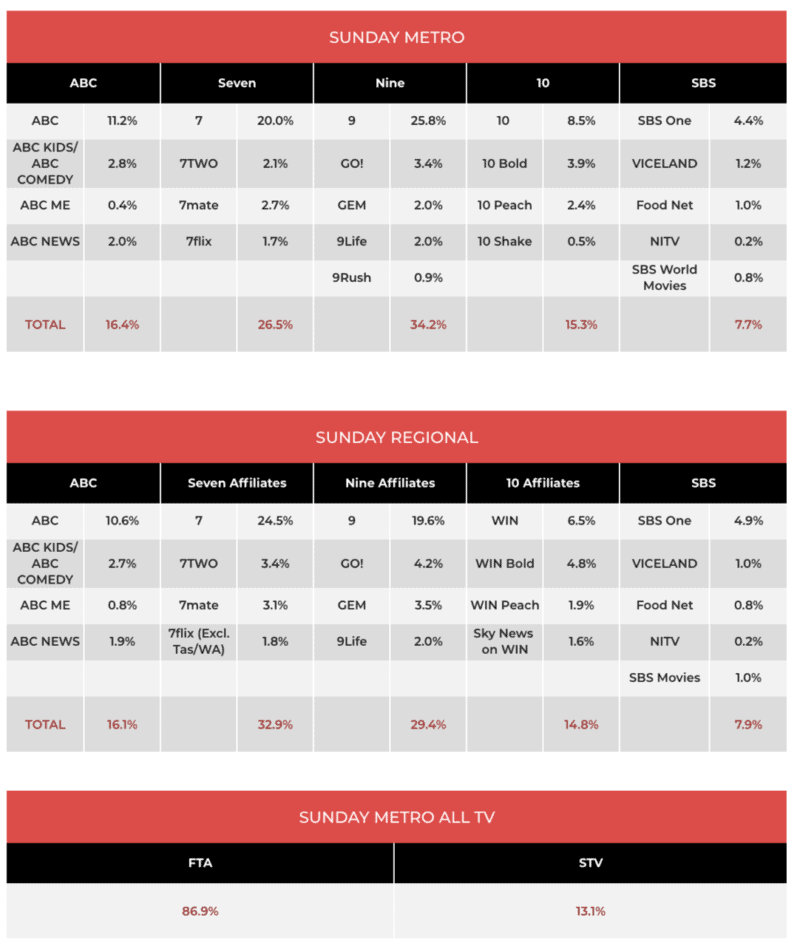 Beat The Chasers secured a top five finish with 630,000, the same number as last week.
Crime Investigation Australia was then on 337,000 as it looked at the mystery of the homestead murders.

Nine: The penultimate episode of The Block combined with Nine News and then 60 Minutes to keep Nine’s Sunday night winning streak intact.

It was episode 48 of The Block which started with day 91 on the Brighton building sites which will reveal their worth in seven days. There were lots of minor dramas on the final day of work on the backyards before Scott Cam called “tools down” for the final time.

Making their final appearance on the show’s 16th season were judges Darren, Shaynna and Neale. Harry and Tash again started off the judging and Neale called their backyard undercooked and unfinished. His colleagues agreed and the duo again received the lowest score. As the judges continued to tour the properties of what Darren called “the best Block ever”, it was a contest between Sarah and George and Luke and Jasmine. Sarah and George won the night and a car for their work as they received three scores of 10, narrowly beating Luke and Jasmine who got two 10s, but “only” 9.5 from Darren.

Luke and Jasmine had enough points, just, to have the highest total score across the series which gives them the cover of Nine’s Domain magazine next weekend and lets them decide the order of the auctions next weekend.

The episode started with 977,000 and then 1,065,00, again making it a clear timeslot and demo winner as it has been for most nights this year.

60 Minutes followed with Nine’s Nick McKenzie reporting again on soliders accused of war crimes, followed by a great segment from Alison Langdon with AC/DC’s Brian Johnson and Angus Young. The episode was on 526,000, deserving a bigger crowd after it had 651,000 a week ago.

Nine’s Late News kept newsreader Peter Overton back at work again. Last night he started the bulletin with a report on why people need to check for melanomas. The case study Nine used – Peter Overton – he had just returned from surgery himself. The bulletin had 271,000 tuned in.

10: The Project featured a long interview with Jewel with 393,000 watching after 7pm.

The Graham Norton Show then showcased successful Australian entertainment exports with a guest list that included Kylie Minogue and Nicole Kidman. The episode did 294,000.

ABC: Renovation Australia was back in The Rocks in Sydney, just minutes away from where it started this series with a property in nearby Millers Point. He show had a renovator who didn’t reveal the cost of the work done. It was an expensive exercise though and must have come close to doubling the purchase price of $4m+ for one of the oldest houses in the historic Sydney harbourside suburb. The show was on 525,000 after 522,000 last week.

SBS: The channel’s best after the news was a repeat of The True Story of King Tut’s Treasure on 136,000.