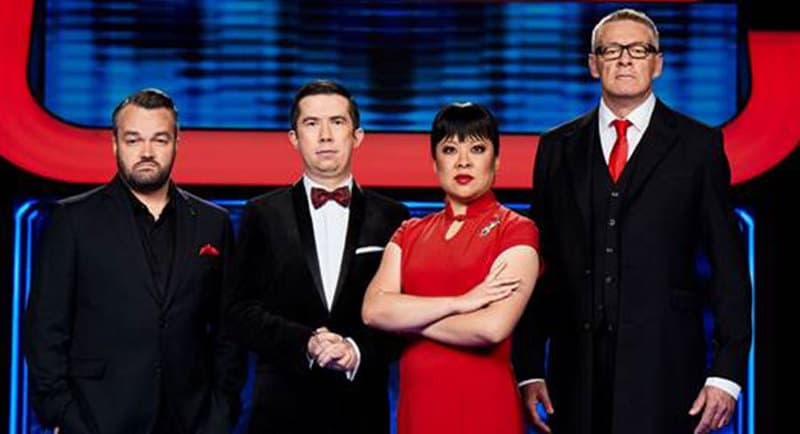 • “I am in love” TV judge and audience like what they see on The Block
• Nine keeps control on Sundays despite arrival of Beat the Chasers
• Best of the rest: Junior MasterChef, Restoration Australia, Biden v Trump

Seven: Beat the Chasers saw The Chase franchise move into primetime. It launched on 660,000 which put Seven in second place, albeit well behind The Block, but well ahead of Junior MasterChef.

The Matt Doran-hosted Crime Investigation Australia followed, subtitled ‘The girls who knew too much’. The episode looked at Sallie-Anne Huckstepp and Juanita Nielsen and why the activists were murdered. The show was on 262,000 which saw the episode rank third or fourth depending on the market.

Nine: The Block judge Neale Whitaker claimed “I’m in love” when he stepped into the front garden of Jimmy and Tam’s Brighton home. Their corner block came up a treat after a frantic week that saw them drop $51,000 on a Palm Springs-inspired transformation. The audience liked what the judges saw too with 1.014m watching the whole episode.

The Block started with 24 hours to go until Scott called “tools down”. Harry and Tash were doing it tough and it was hard watching at times as they were pushed to the limit. “We have to win,” said Tash almost in a trance as she dabbed paint onto the walls as the rain poured down. In the end it was a tie between Sarah and George and Jimmy and Tam. Judges Darren and Neale each gave out a 10, Darren’s other scores were all 9.5 while Neale and Shaynna each awarded three teams 9.5.

60 Minutes followed on 649,000, up from 519,000 when it was last on air a fortnight ago. Sarah Abo had a fascinating report on the White Island volcano explosion and any Labrador owners need to watch Liam Bartlett’s time with Scottish sports commentator Andrew Cotter.

10: The Sunday Project was on 436,000 after 7pm with Gold Logie winner Tom Gleeson a special guest.

Junior MasterChef was on 528,000, up from 498,000 when it was last on air on a Sunday two weeks ago. It was a brutal episode with Ben and Ruby eliminated after starting the show in a magical winter wonderland.

ABC: Another engaging episode of Restoration Australia with a mother and daughter renovating historic huts in regional Victoria. The program managed half a million against the NRL a week ago, and it did it again last night with 540,000.

The first episode of the brilliant UK drama Roadkill saw Hugh Laurie again making it hard not to enjoy his unlikeable character. The episode did 403,000 sitting in second place behind Nine.

SBS: Episode two of the three-part Rise of the Empires looked at the Mayans with 158,000 tuning in.