• MAFS 1.1m again with immature, silly and too young groom

• Michelle becomes fourth All Star voted off Australian Survivor
• Seven wins 6pm, rest of the night a challenge against all others 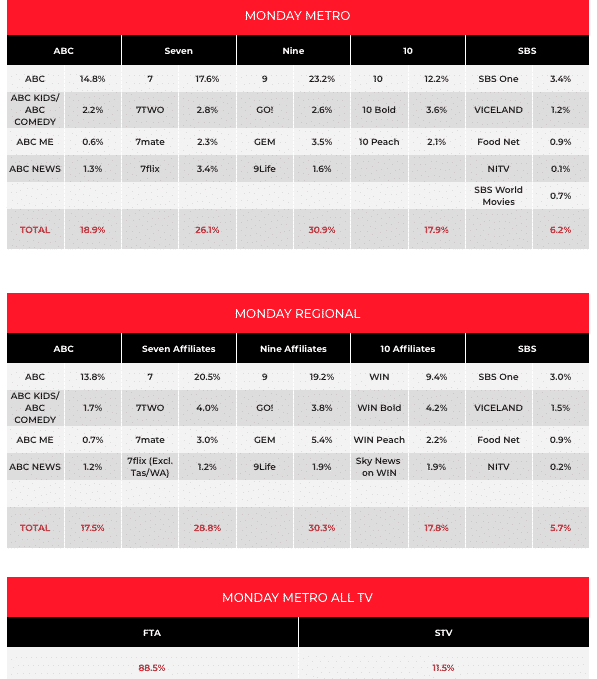 Looks like there could no stopping Nine in Q1 ratings year again as Married At First Sight pushed above 1.1m for the second time this season with an episode that featured two weddings with some great back stories that pulled an audience just 14,000 short of the opening night numbers.

Also helping Nine to victory was A Current Affair on 782,000.

The live telecast of the Academy Awards did 305,000 on Seven in the afternoon. A repeat in the evening on 7flix could only manage 124,000.

Back Roads was competitive at 8pm with 635,000 which pushed it ahead of both Australian Survivor and My Kitchen Rules.

Media Watch again did well on 588,000 after 646,000 a week ago. Several commentators opened both barrels on the show since the episode a week ago, but it doesn’t seem to have deterred much of the audience. 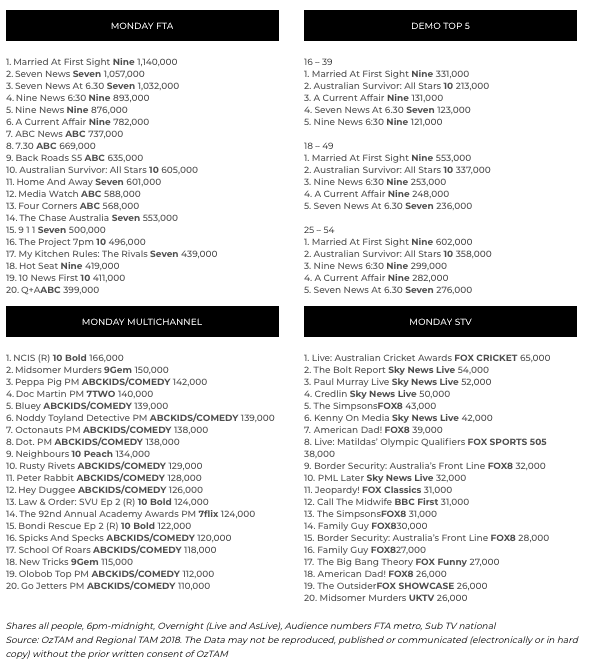