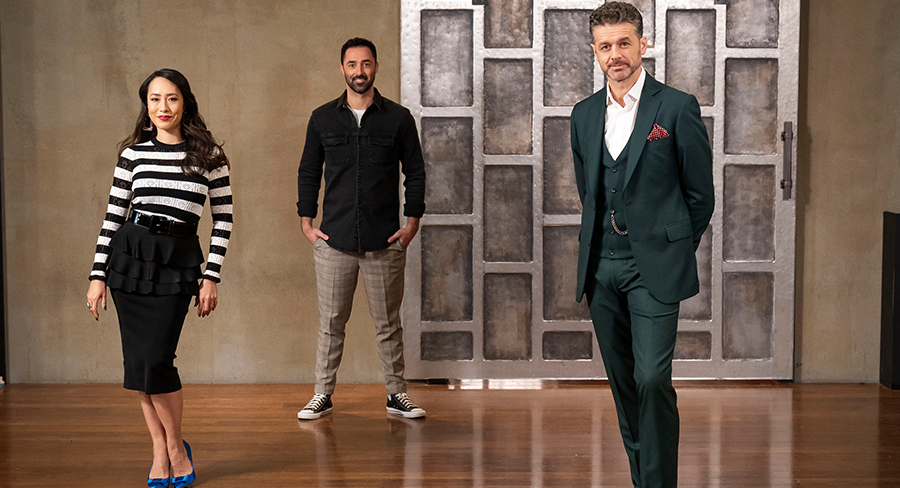 • Nine climbs back to #1, Seven and 10 fight for second place Nine: The Voice was down just from 749,000 to 745,000 after 790,000 on Monday last week.
A Current Affair started its week on 842,000 after an average of 716,000 last week. The first episode for the week featured a troubling Steve Marshall story about quarantine fails in a NSW hotel.
Later in the night One Night Only – The Beatles in Oz did a very respectable 451,000 after 9.30pm with a remastered version of the group’s short Melbourne Festival Hall set in 1964.

10: The Project featured three significant interviews with Julia Gillard, Adam Hills and departed MasterChef contestant Reece. The episode did 591,000 at 7pm with a week 28 average of 530,000.
Another gripping episode of MasterChef saw Emilia secure immunity from the elimination tonight and a place in the semi-final where the top three will compete next Sunday. The challenge was a Gordon Ramsay mystery box with only the basics and no pantry. During the cook the judges again confronted the final four of Emilia, Reynold, Laura and Callum. Andy: “What is it fails, Is there a plan B?” Melissa: “Is fish and veg enough to get you to the semi-final.” Emilia’s pastry was so far ahead of the other dishes, and it looked like the judges and other cooks were doing their best to look apprehensive as Jock revealed the winner. The second-last Monday of the (adult) franchise this year moved back above 1m with 1.047m watching, the biggest audience since April. The result helped 10 record its best Wednesday share in 12 weeks and its best on any night in over a month. It also drove 10 to win key Monday demos for the primary channel and the network.
Later in the night Have You Been Paying Attention? moved way back above 800,000 to 853,000 with guests Denise, Celia and Tony on duty. For those keeping count, it was the biggest episode 11 audience ever.

ABC: Last week 7.30 was hosted by Virginia Trioli, this week it is the turn of her former breakfast co-host Michael Rowland to shine in primetime. The Monday episode had plenty to offer in terms of Covid news with 720,000 watching after an average of 622,000 last week.
Back Roads then visited the magical Victorian country town of Girgarre with an audience of 608,000.
Stan Grant then became the first indigenous Australian to report on an episode of Four Corners in what was a compelling 45 minutes of TV. The show deserved a bigger audience than the 437,000 watching.
Media Watch then did 504,000 followed by Hamish Macdonald with Julia Gillard on Q+A with 441,000. 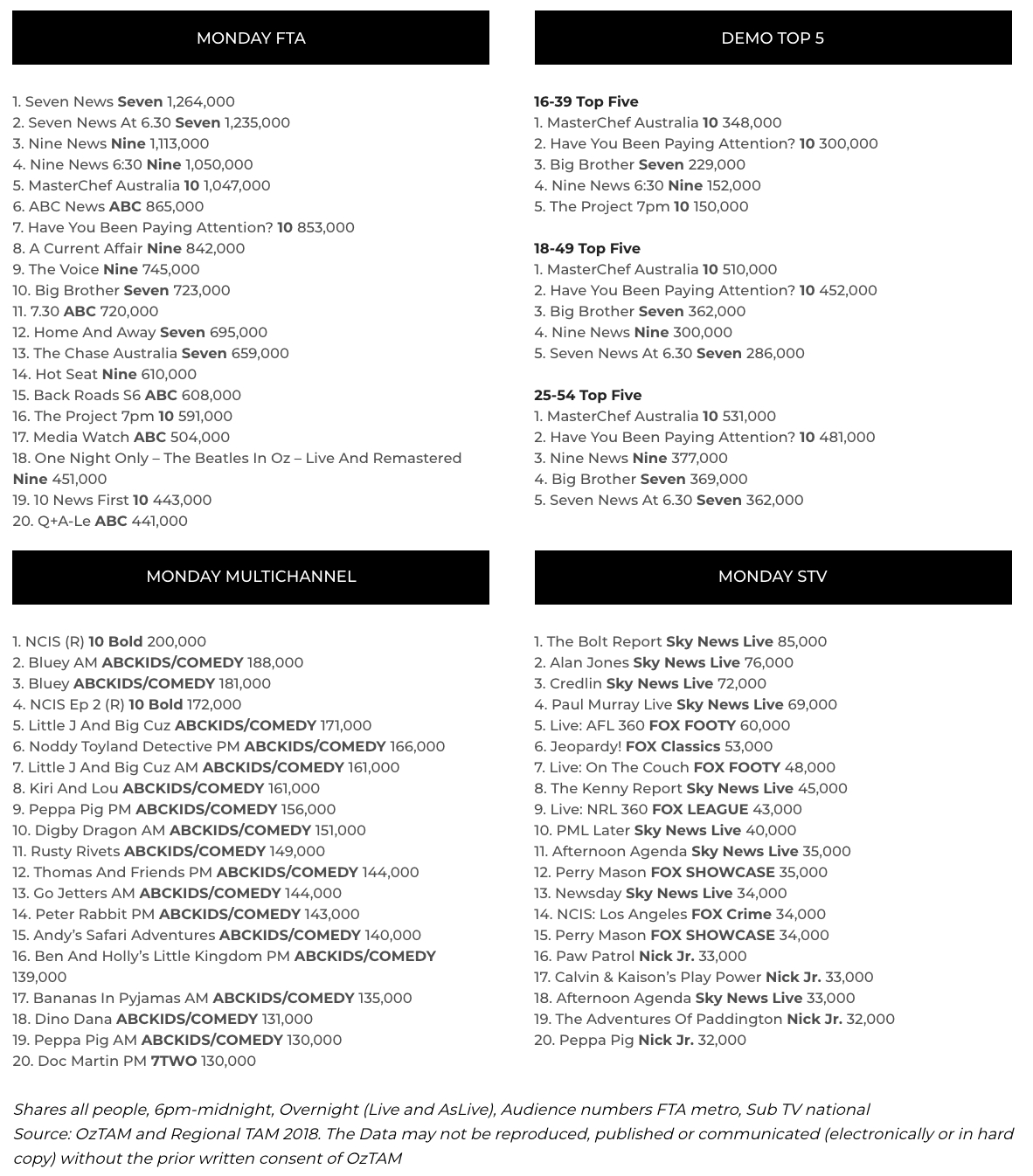