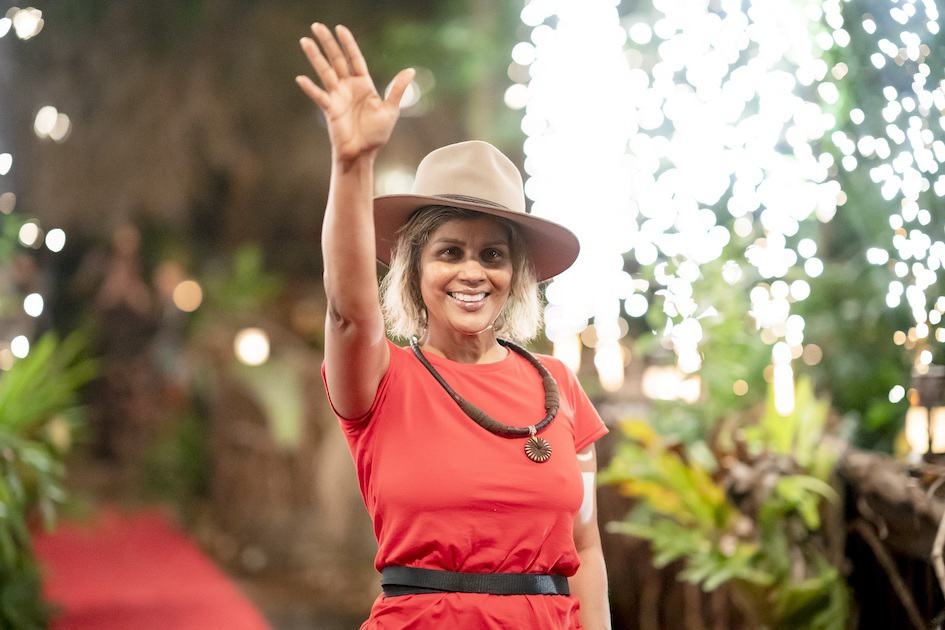 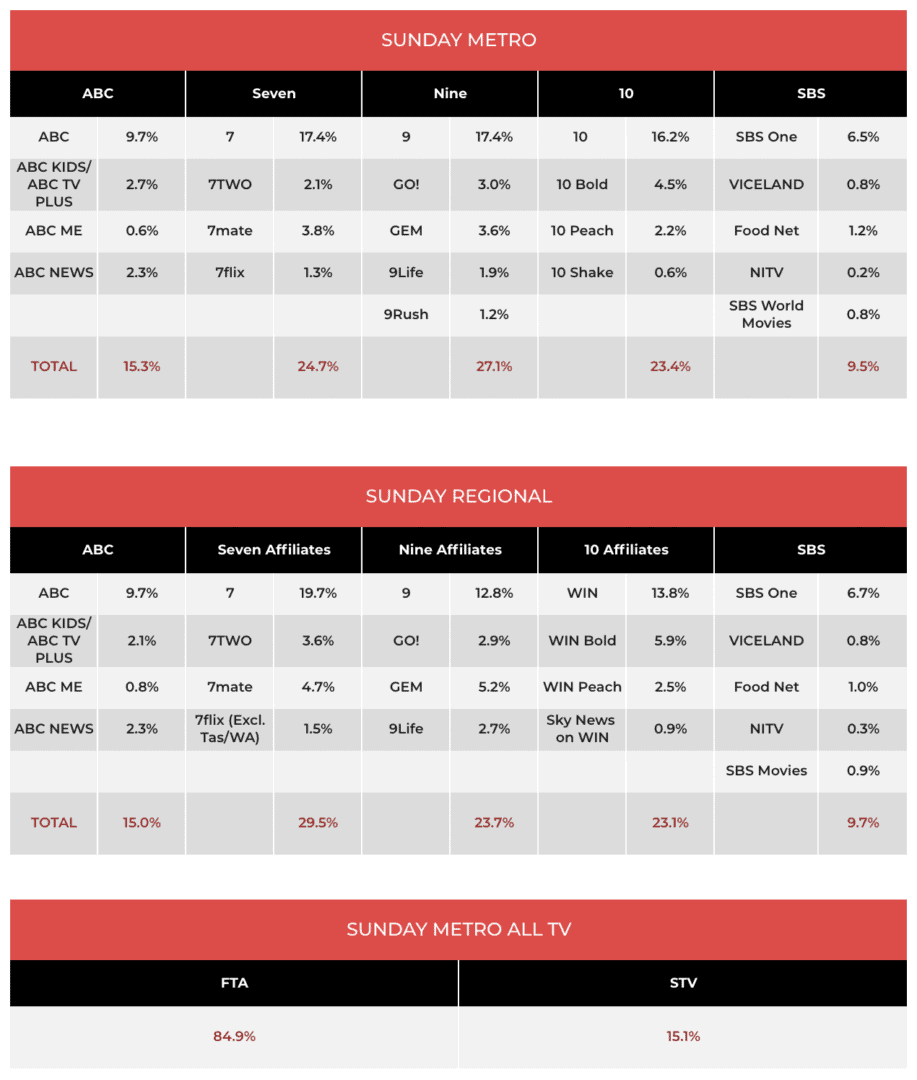 Nine and Seven were tied on a primary share of 17.4% last night. The Big Bash League clash on Seven faced up to a combo of the UK special on Princess Diana’s interview with Martin Bashir followed by 60 Minutes. Nine News (welcome back returning newsreader Peter Overton in Sydney) and the Diana doco were Nine’s most watched.

At Seven Sydney newsreader Mark Ferguson returned from break and then the cricket guided the channel for the rest of the night. The Sydney Sixers fell short of beating the Hobart Hurricanes total by only 7 runs. Matthew Wade (86 of 44) made most of Hobart’s runs.

10 again had the most-watched non-news program with I’m A Celebrity…Get Me Out of Here! starting its new week on 605,000. Pint-sized powerhouse Pettifleur was ejected and Grant Denyer faced even more snakes than he has encountered on his media career.

The ABC was peddling a five-year-old Grand Designs special at 7.30pm but then followed it up with the second episode of the magnificent Joanna Lumley clipshow series Unseen Adventures. Being unable to travel, this is the next best thing.

10 Bold was again #1 multichannel as audience warmed again to an hour of Bondi Rescue and then four hours of NCIS and NCIS: Los Angeles. 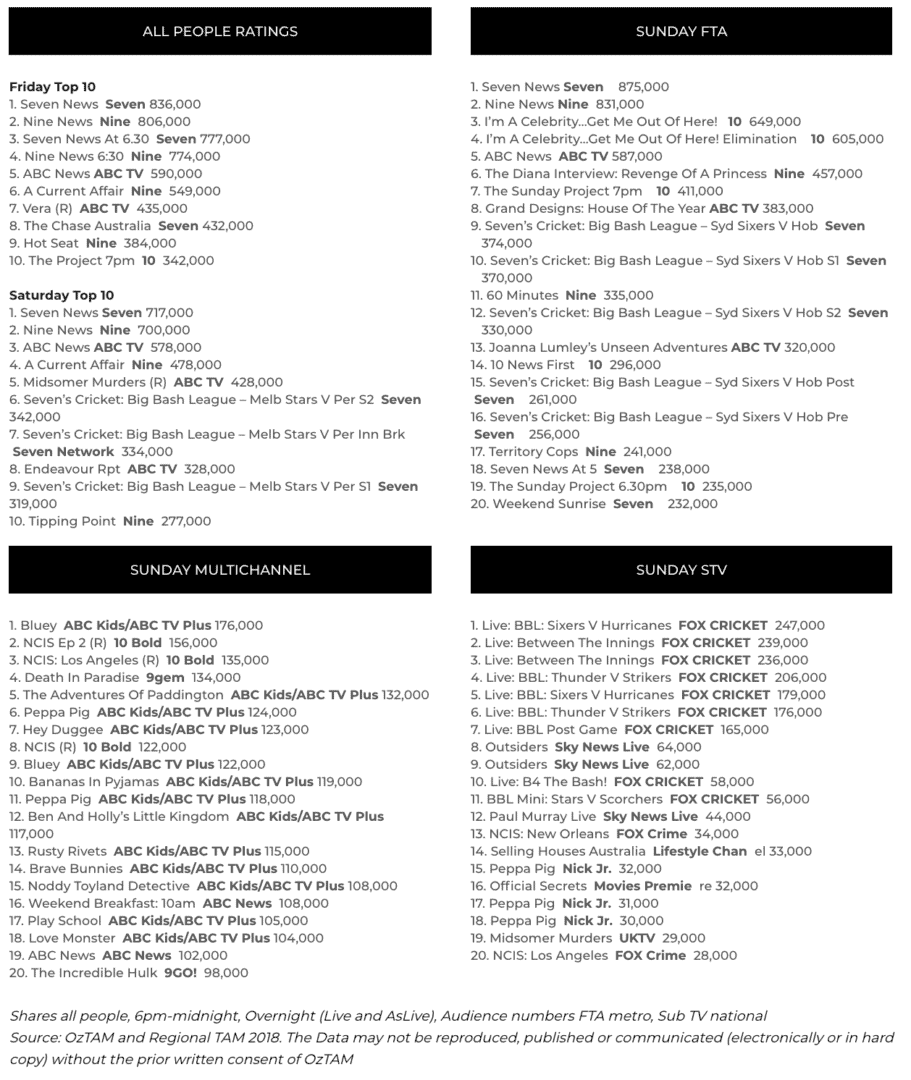