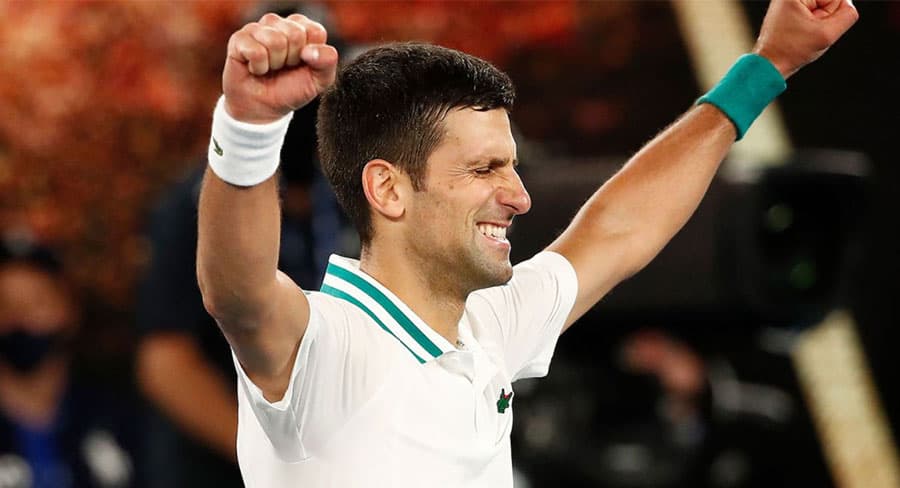 • The match between Serbian Novak Djokovic and Russian Daniil Medvedev had 1.173m viewers 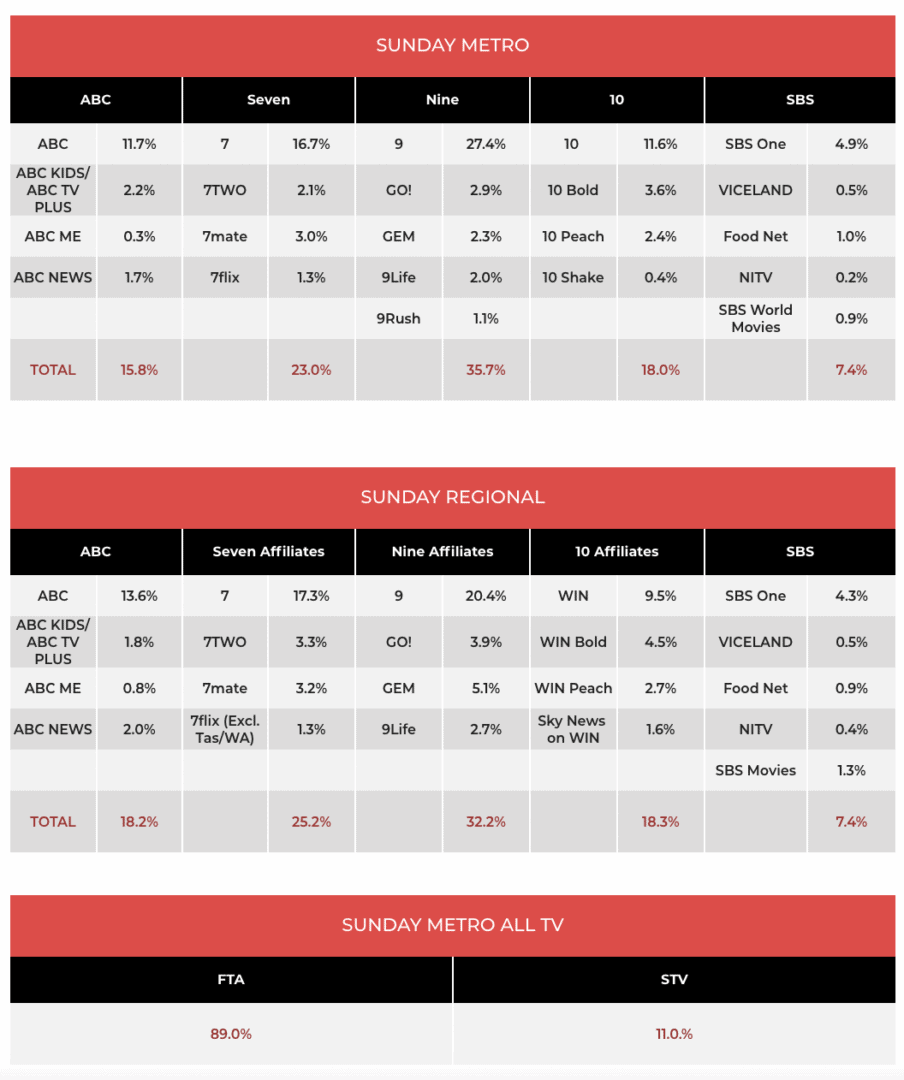 Nine cashed in on its final night of Australian Open coverage with a primary share of 27.4% and a network share of 35.7%, which were both #1 for the evening. Nine’s primary share last night was the second highest for the year behind only day 5 of the Australian Open which featured Dominic Thiem defeating Nick Kyrgios in five sets.

The match between Serbian Novak Djokovic and Russian Daniil Medvedev had 1.173m viewers and was also #1 in all key demos.

The women’s final on Saturday between Japan’s Naomi Osaka and American Jennifer Brady had a winning primary channel share of 23.9% with 849,000. This was down on last years metro audience of 890,000 that saw Sofia Kenin win the women’s title. In 2019, 1.171m tuned in to see Osaka win her first Australian Open title.

Holey Moley was followed by the action flick John Wick: Chapter 2 which had 236,000 tune in. 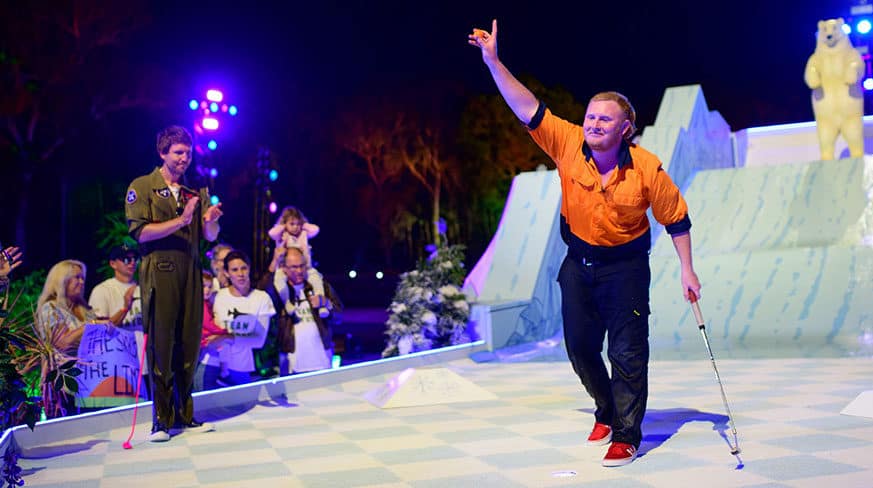 On 10 The Amazing Race Australia was the top entertainment show for the night with 523,000 which was down from the 564,000 that the show achieved last Sunday.

In last night’s episode of The Amazing Race, the teams travelled to the opal mining town of Coober Pedy, South Australia. The Bodybuilders, Stan and Wayne joined the race as The Kimberley Cousins, Dwes and Katherine were sent home for the second time this season, and this elimination seems to be for real. 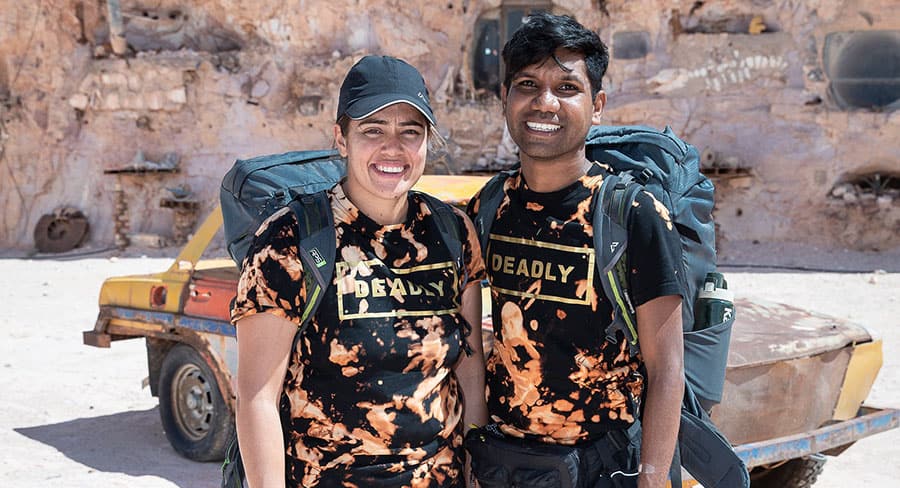 The Kimberley Cousins, Dwes and Katherine

The Sunday Project had 280,000 and 402,000 tuned in as Tommy Little limbered up with Thanasi Kokkinakis, caught up with Amazing Race duo Jordan and Violeta, and looked at how Aussie terror attack survivor Dr Gill Hicks turned her ordeal into an edgy and inspiring cabaret.

10 Bold was top watch multichannel thanks to NCIS and NCIS: Los Angeles.

SBS aired I am Jackie O about Jacqueline Kennedy Onassis, not to be confused with Australian radio star Jackie O. The documentary had 157,000 viewers. 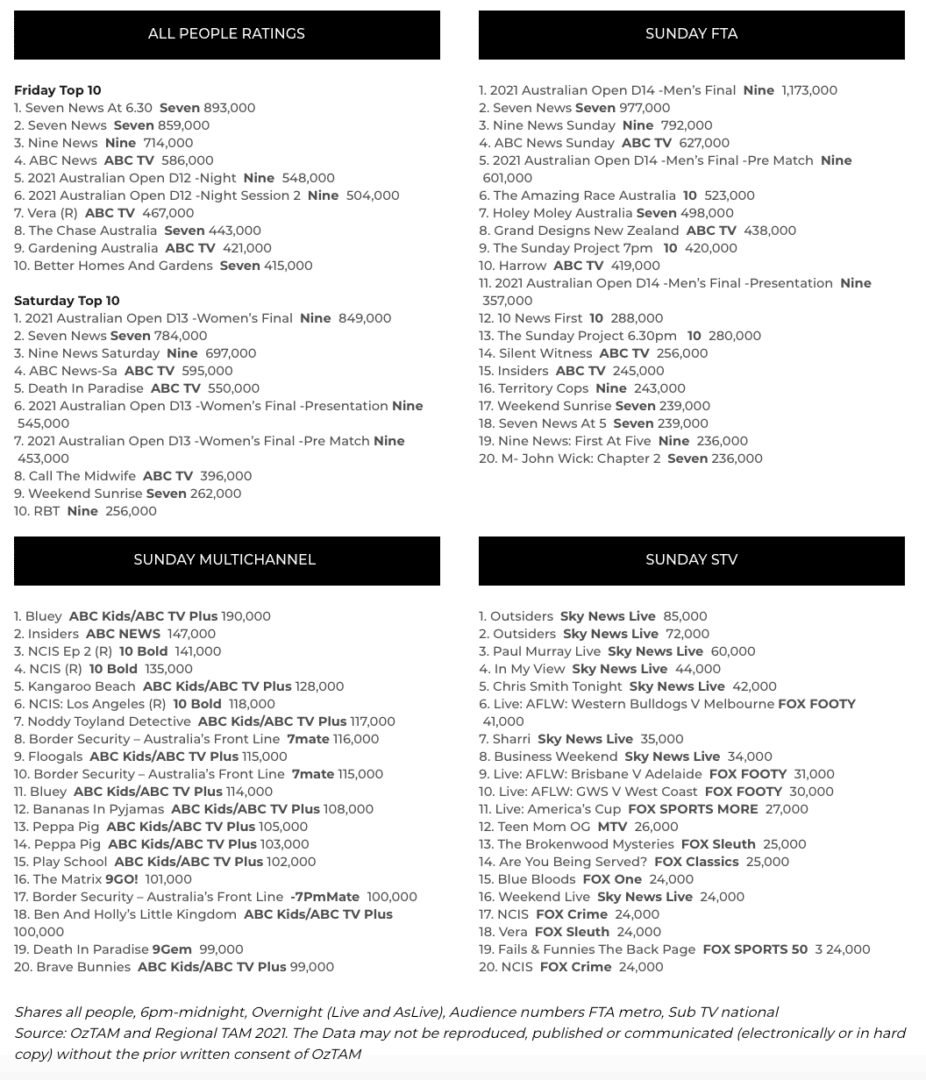